Manchester was an attack on girls 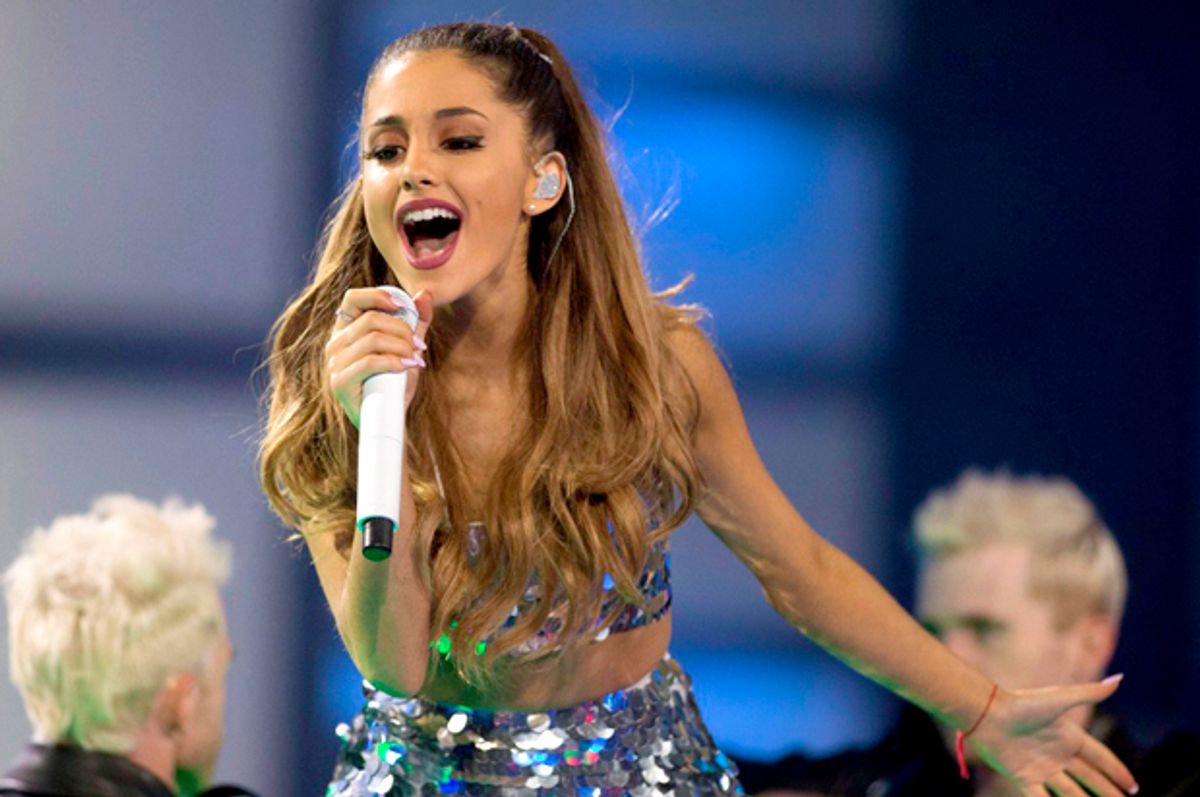 "Mom, did you hear what happened in Manchester?" she asked me Monday night. Of course I had. Of course her older sister already had as well. But I'd wanted to keep the news from my younger daughter, aged 13, as long as I could. I'd wanted to wait till there was more information about the attack. And I also wanted to keep her a little more innocent a little bit longer. I was wrong, though, because what she needed that evening was exactly what she got — an outpouring of bewildered, reassuring messages among friends as the news trickled in.

It's not easy, especially a few days after a teenage girl was mowed down in the heart of your own city, to make your daughter feel safe. Especially when she already has an anxiety disorder. That's why Monday's devastating attack in Manchester, at the end of an Ariana Grande concert, feels so sharply painful to so many of us right now. Because while the details are still coming in and there's plenty that is unknown, what is always clear and real is how feared and hated the young girls of this world are.

In the earliest moments after the news of the explosion broke, social media responded as it always does — showing its best and worst sides. There was the usual knee-jerk racism, and there was an outstanding deluge of information sharing and offers of assistance. There was also yet another quick tutorial in how cruel and clueless people can be when discussing things that are not within their own narrow interests.

Most notable, there was the series of truly shocking tweets from the freelance journalist who snarked, "MULTIPLE CONFIRMED FATALITIES at Manchester Arena. The last time I listened to Ariana Grande I almost died too." (He later deleted the remark and issued a half-hearted apology.) But there were also other comments that "Ariana Grande sucks anyway" and "Those kids should have been home with their parents." Among the confirmed dead so far are an 18-year-old student and an 8-year-old child — both girls.

I know most of us understand that the Most Terrible, Ignorant People on Twitter don't think like functioning, empathetic humans. I also know that the Manchester attack didn't only affect girls. But much like the 2015 Lafayette, Louisiana, "Trainwreck" shooting that left two women dead, it's impossible to ignore the targeted way that this was an act of violence at an event with a heavily female audience.

If you just happen to not be a girl or don't live with girls, I want to tell you how truly spectacular they are and what they're up against every goddamn day. I want to remind you what a refuge pop music is — music that speaks to you, without judgment. That makes you feel safe and joyful in a culture that seems to purposefully and ceaselessly try to tear you down. One that seeks to punish you for how you dress, that trivializes your interests and your icons, that obsesses over guarding your purity.

This past winter I took my younger daughter to see Ariana Grande at Madison Square Garden as her birthday present. We gathered in an arena full of mostly girls and their friends and their mothers. Girls of varying languages and races. Girls who, like mine, are managing often intense emotional, educational or physical challenges. Girls who just wanted to gather with one another and hear their idol sing to them, "Every little thing's gonna be alright," to cheer when a screen flashed the message "NOT ASKING FOR IT"  and to dance around in pink balloons. To feel, for a little while, free. It was a powerful, glorious thing to witness.

Cowards love to target populations whose strength and dignity make them feel threatened — minorities, gay people, girls and women. Across the world right now, girls are gathering on playgrounds and in classrooms, trying to make sense of things that make no sense. Trying to reassure and comfort one another. Trying to not feel beaten and down and afraid. Like they do for one another most days. They are so, so strong, these girls — yes, these girls with their goofy Snapchat streaks and their mermaid hair and their willingness to love things unironically. Their courage and their grace would knock you out. And if you want to know what ferocious resilience looks like, take a look sometime at a young girl and her bestie, sharing a set of earbuds and dancing, in spite of it all.