Tale of 2 hoaxes: The Seth Rich conspiracy theory and "Conceptual Penis" prank both expose a fear of women's power 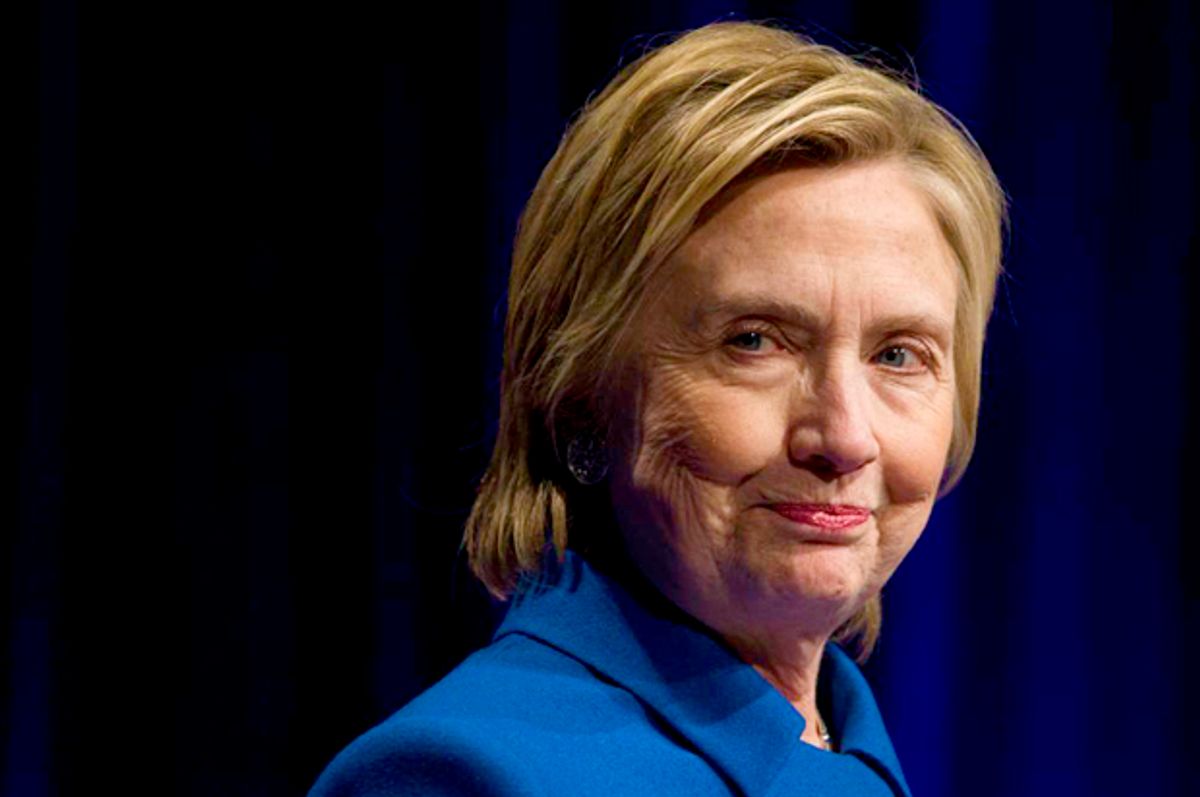 Last week the portion of the internet dedicated to a bipartisan male freakout over women's gains in the professional sphere became caught up in not just one but two obnoxious hoaxes: a conspiracy theory accusing Hillary Clinton and the Democratic National Committee of having a young staffer named Seth Rich murdered, and the false claim that the entire field of gender studies had been exposed as a fraud by two male scholars.

At first blush, these two stories don't seem much alike. The first is a lurid right-wing conspiracy theory and the latter is an academic prank to spoof the sometimes abstruse discourse associated with postmodern cultural theory. But scratch the surface and it's easy to see that these two stories are deeply rooted in misogynist fears about allowing women access to the halls of power. Both stories serve as warnings that feminism leads to decay, destruction and even death.

Sadly, while both stories were mostly perpetuated through right-wing channels, they were embraced by a number of prominent, supposedly liberal-minded men, proving yet again that there's all too often an asterisk meaning that women have been excluded from a vision of the progressive future.

The Seth Rich story is the simpler one of the two. Rich was a DNC staffer who was murdered, seemingly at random, while out in the early hours of Sunday morning in Washington last summer. As David Weigel of The Washington Post elegantly chronicled this past weekend, rumors that Rich was the source of DNC emails acquired by WikiLeaks during the presidential campaign started almost immediately and, for various reasons, received heavy amounts of coverage last week. Naturally, conspiracy-minded Clinton haters have concluded that Rich was bumped off either by the Clintons or the DNC as an act of revenge.

This story is, and this cannot be emphasized enough, utter nonsense. Police and Rich's family have denied it. Overwhelming evidence from various intelligence sources suggests that it was Russian spies who hacked into the DNC's computer system and released the stolen emails to WikiLeaks, whether directly or through an intermediary. The Rich rumor is standard-issue right-wing paranoid conspiracy theory.

The other story is a bit stranger. Peter Boghossian, a Portland State University philosophy professor, and independent scholar James A. Lindsay published in a journal called Cogent Social Sciences an article titled “The Conceptual Penis as a Social Construct,” which, using a lot of randomized postmodernist jargon, argued that the penis "is better understood not as an anatomical organ but as a gender-performative, highly fluid social construct."

The authors claimed in Skeptic that the publication of their fake and silly article demonstrated that the "echo-chamber of morally driven fashionable nonsense coming out of the postmodernist social 'sciences' in general, and gender studies departments in particular," is damaging academia.

This is, as Phil Torres explained for Salon, also utter nonsense. Torres pointed out that the authors had their bogus paper rejected from a reputable, peer-reviewed journal and published instead in a pay-to-play one that isn't even about gender studies. In fact, these two guys demonstrated only their inability to have their fake article accepted by a reputable publication — which is the opposite of what they were trying to prove. But, as was the case for the Seth Rich story, the lack of evidence did nothing to slow down the rapid spread of the hoax across the anti-feminist internet.

Both these stories were popular for a very simple reason: They resonated with the sexist desire to believe that bad things will follow if women are allowed access to power. The "conceptual penis" story speaks to the fear that letting women, especially feminists, into the halls of academia will degrade intellectual standards. The implication is that feminist academics are incapable of rigorous thought and are using "political correctness" to intimidate others into not noticing that they are imposters.

The Seth Rich conspiracy theory is even blunter in its implication: Ambitious women like Hillary Clinton are evil and will murder anyone who stands in their way. It's the evil witch-queen stereotype, updated for the age of the internet.

Both these stories were promulgated mainly through right-wing media. Fox News, especially host Sean Hannity, and Rush Limbaugh have been pushing the Seth Rich story, no doubt as a bit of counterprogramming to the real news about Trump's ties to Russia. The "conceptual penis" hoax was trumpeted mostly by right-wing clickbait sites like College Fix, Daily Caller and Breitbart.

But unlike a lot of other fake stories pushed by right-wing media, these two stories gained serious traction in supposedly liberal and even left-wing circles.

A small but loud contingent of still-bitter Bernie Sanders supporters eagerly pushed the Seth Rich conspiracy theory on social media. It even trickled into the Young Turks network through "The Jimmy Dore Show." When it was revealed that the source of much of the conspiracy theory, Rod Wheeler, is a fraud, Dore kept insisting about the existence of "a lot of red flags" and there "is probably something more to this story" around Rich's death.

Similarly, the "conceptual penis" story was trumpeted by a number of self-proclaimed rationalists, including scientist Richard Dawkins, author Sam Harris and scientist Steven Pinker. The editor of Skeptic, Michael Shermer, argued that the hoax was necessary to "rein in extremism" among feminist academics.

"[T]he hoax reveals not the ideological dogmatisms of gender studies, but the motivating prejudices of the authors and their mostly white, mostly male supporters against social justice," suggested Torres in his Salon article. Or to put it in another way, in an effort to prove feminists are a bunch of dum-dums, these men abandoned the critical thinking they supposedly love so much.

Conservatives are pretty much always threatened by feminism. Being opposed to progress is what they're about, after all. But what's really troubling is to see how many supposedly rational, progressive men ate up these misogynist hoaxes, despite the fact that both of them fall apart under even the mildest examination. It's a reminder that many people love women's rights in theory, but in practice are they not nearly so keen on ceding women some of the power and authority that men have monopolized for centuries.