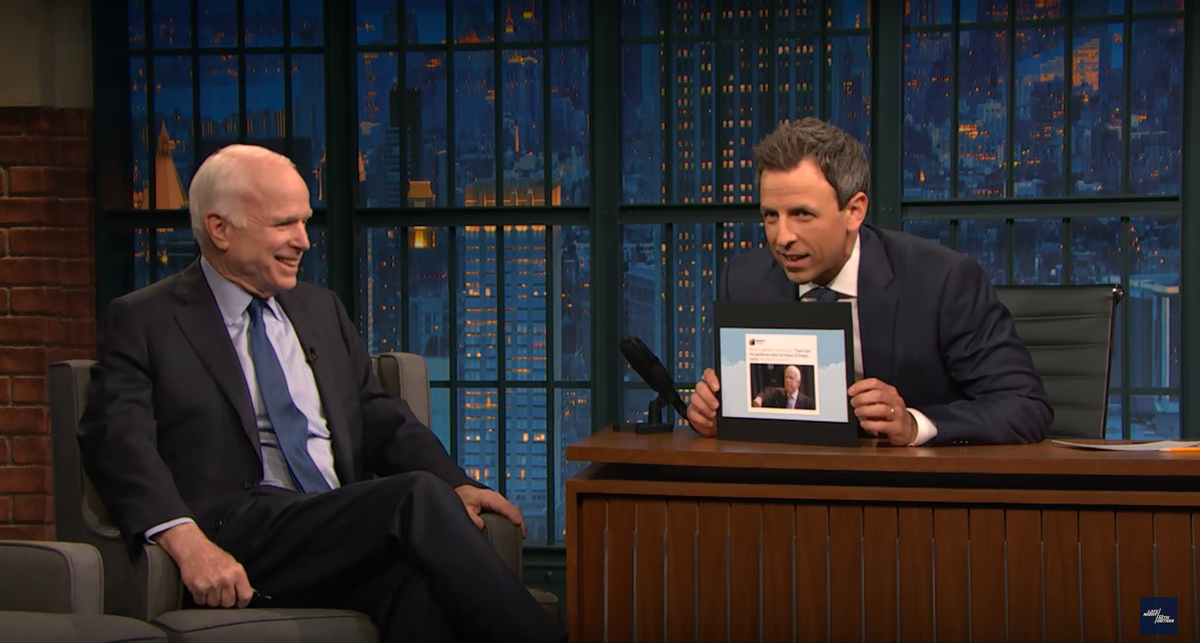 Like the rest of America, Sen. John McCain, R-Ariz., sees that today's media is operating at a different level with President Donald Trump. Much of that has to do with the never ending leaks and scandals. But a lot of it has to do with Twitter as well. The social media platform is changing politics as we know it, according to McCain.

"Twitter world, you know, is just amazing," he said Tuesday in an interview with Seth Meyers on NBC's "Late Night." "It used to be a 24-hour news cycle, then it was a 10. We are now in a 30-second news cycle. It is just amazing."

McCain himself as developed a bit of a following on Twitter. He has amassed 2.3 million followers and has been engaging in some public feuds with an account belonging to Sputnik, Russia's state-run media arm.

"Honest to God we get a lot of things back," McCain said of his overall Twitter experience. "Different ways for me to die, questions about my parenthood, 'why am I still alive?' Some really nice things."

Meyers asked McCain if it was wise to take on trolls.

"I think you need to," the senator responded. "There's a thing about a charge not answered is one that's believed."

"Now we have this fake news," McCain added, turning to a more serious note. "On the internet, there was a story about a pizza parlor in Washington, D.C. that was supposedly child trafficking. A guy drives up from North Carolina and shoots up the place. This is dangerous stuff my friends. Don't believe everything you see on the internet my friends. Check it out before you believe it."