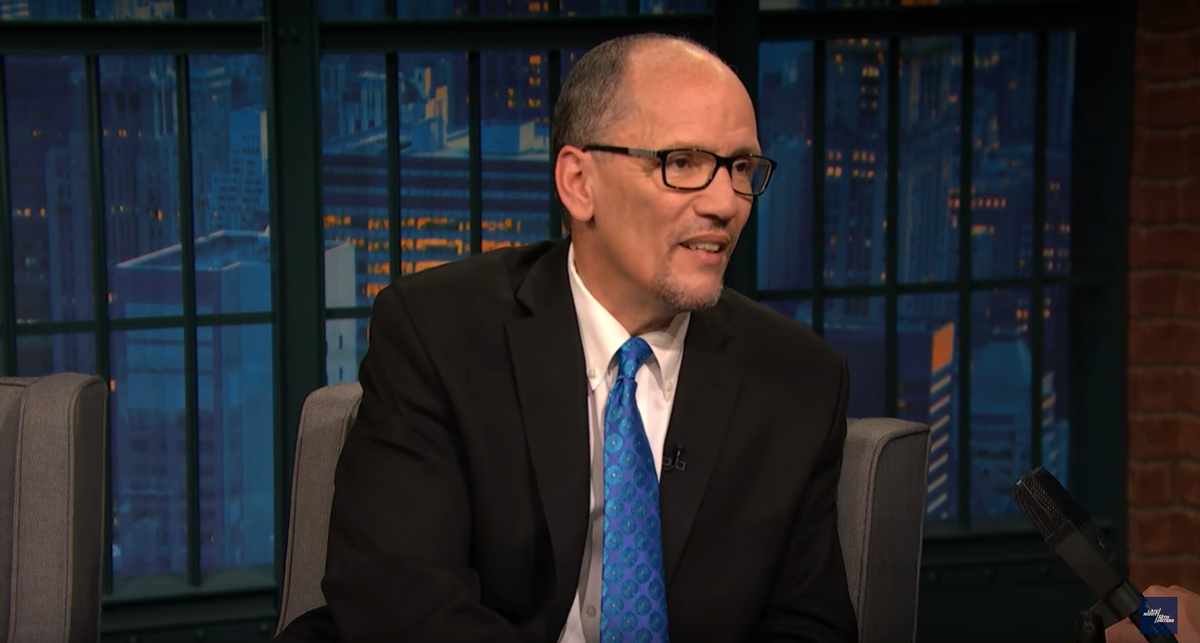 Tom Perez, the chairman of the Democratic National Committee, has been enjoying a good week as the Republican Party flounders over the damning CBO score that came out Wednesday. Perez was fortunate enough to appear on NBC's "Late Night with Seth Meyers" to talk about the GOP's health care bill and how the Democratic Party plans to fight it.

"This bill is an unmitigated disaster," Perez told Seth Meyers Wednesday night. "In order to provide $600 billion of tax relief to the wealthy, not only are 23 million people going to lose their coverage, but million of other folk who have a pre-existing condition . . . you are out of luck, potentially and probably."

Meyers asked Perez where the Democratic Party stands when it comes to health care, as many on the left have started clamoring for a Medicare-for-all system.

"Health care should be a right and not a privilege," Perez said. "If I were king for the day, to do something akin to Medicare for all."

Near the end of the interview, Meyers asked Perez what he and the DNC was doing to ensure that Democrats start winning seats back in Congress. Perez provided an answer that should please liberals:

What we have to do and what we are doing, we've got to get back to basics. We got to make sure we are building that strong party structure everywhere, in all 50 states and the territories. We got to lead with our values and articulate what we stand for. We believe that health care is a right for all and not a privilege for a few. We believe that prosperity should be shared by everyone and not just a few at the top. We have been fighting for the average person for this history of this party. And we are going to keep doing that because that is who we are as Democrats.