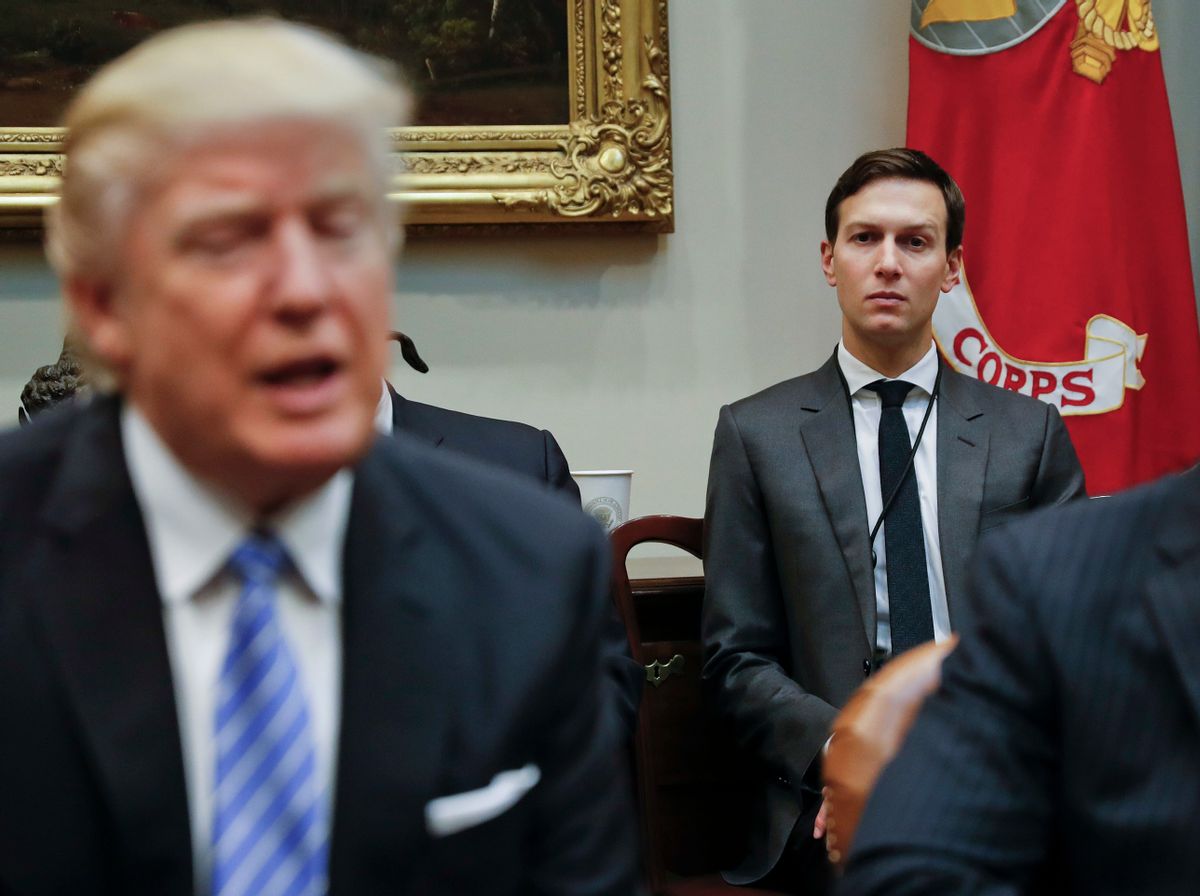 This hasn’t been a good week for Jared Kushner.

After it was revealed yesterday that the presidential son-in-law was being targeted by the FBI as a “person of interest” in the ongoing investigation into Russian meddling in the 2016 presidential election, the Washington Post dropped another shocking revelation today in a report stating that Kushner asked Russian Ambassador Sergey Kislyak if they might set up a “secure communications channel” in a "Russian diplomatic facility," which would allow the Trump team to have an open and private channel to the Kremlin.

Former National Security Advisor Gen. Michael Flynn, who resigned in disgrace from Trump’s cabinet within 30 days of Trump’s inauguration, was also in attendance at the early December meeting with Kislyak in Trump Tower. It was at this meeting in early December that Kushner floated the idea to Kislyak, reported the Post.

Kislyak was “taken aback by the suggestion of allowing an American to use Russian communications gear at its embassy or consulate — a proposal that would have carried security risks for Moscow as well as the Trump team,” according to the Post.

It is unclear why Kushner and Trump’s team so direly needed a secret communications channel to the Kremlin, though given the near-daily attempts by Trump confidants to obscure or downplay their Russian connections, the answer may be unsavory. It was also inept of Kushner to believe that could walk into the Russian embassy and make a secret phone call; as the Post noted, “the FBI closely monitors the communications of Russian officials in the United States, and maintains near-constant surveillance of its diplomatic facilities. The National Security Agency monitors the communications of Russian officials overseas.”

This plays into an ongoing narrative about the Trump team — namely, that they have no idea what they’re doing. Indeed, the constant leaks around the Trump team’s illicit contacts with Russian officials (and subsequent attempts to cover up said contacts) suggest that Trump's people are much less James Bond and much more Austin Powers — that is, the whole spectacle is more of a vaudeville routine than a spy thriller. That much of Trump’s inner circle has become the focus of a federal investigation, with a special prosecutor overseeing it, all within five months of his inauguration, attests to this.