John Boehner: Donald Trump so far has been a "complete disaster"

There's one thing John Boehner thinks Donald Trump has been good at. Everything else is a "disaster" 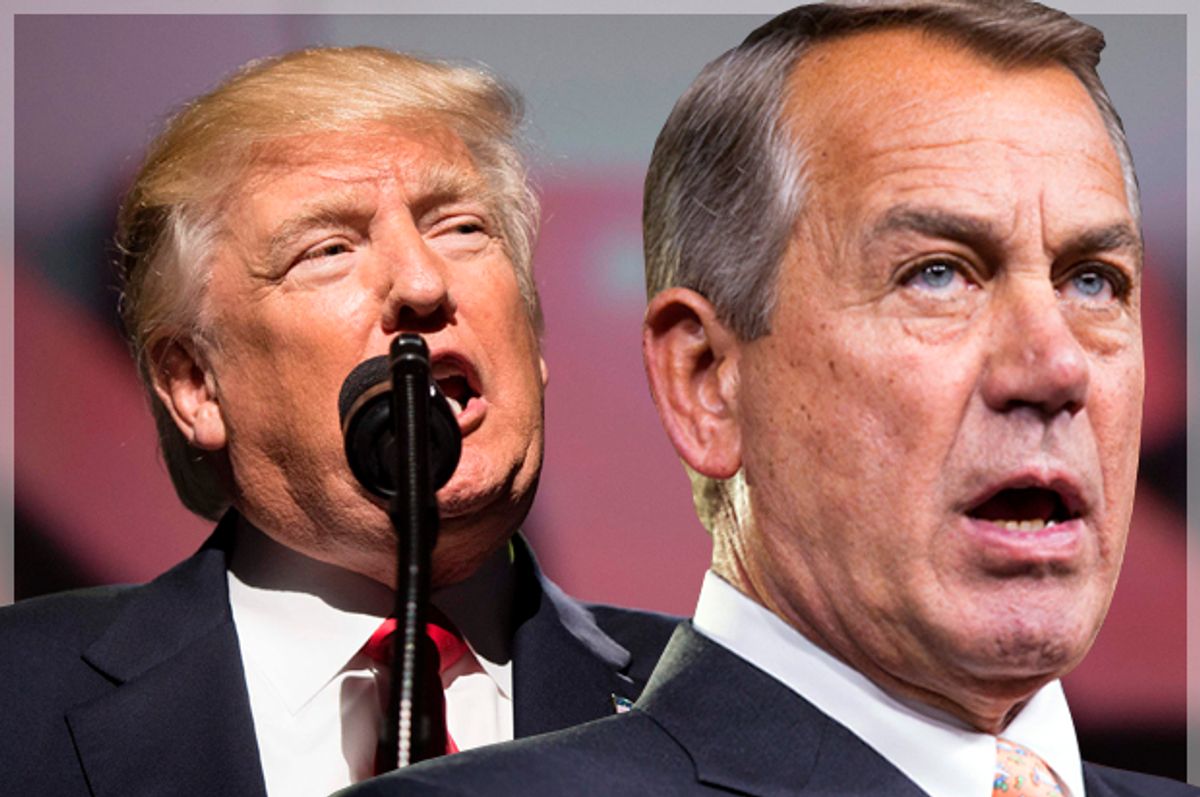 Former Speaker of the House John Boehner didn't mince words when it comes to his views on President Donald Trump.

After praising the president's approach toward fighting ISIS, the Associated Press reports that Boehner told attendees of an energy conference in Houston on Thursday that "everything else he’s done (in office) has been a complete disaster. He’s still learning how to be president."

The erstwhile House Speaker's criticisms of the president and his agenda were wide-ranging. Although he foresaw Republicans fixing a few of the problems with the Affordable Care Act, he believed that an outright repeal and replacement for Obamacare is "not going to happen" because "Republicans never ever agree on health care." He was also pessimistic about tax reform ("just a bunch of happy talk" that he had been more confident about before, but "now my odds are 60/40") and House Speaker Paul Ryan's cherished border adjustment tax ("deader than a doornail").

Perhaps most damningly, Boehner acknowledged the validity of the ongoing concerns about alleged collusion between Trump's presidential campaign and the Russian government, telling his audience that "they need to get to the bottom of this." That said, he also felt that talk about impeaching Trump would simply galvanize the president's supporters.

Boehner's unexpected retirement in 2015 came shortly after he brought Pope Francis to the Capitol and came as House Republicans continued to wrestle with whether they wanted to keep him on his House Speaker.

"Last night I started thinking about this, and I woke up. I said my prayers as I always do, and I decided, you know, today’s the day I’m going to do this. As simple as that," Boehner said at the press conference announcing his resignation. At one point he started singing "Zip-a-Dee-Doo-Dah" from "Song of the South," presumably to indicate his good mood at finally shedding the responsibilities of leading the Republican Party in the House.