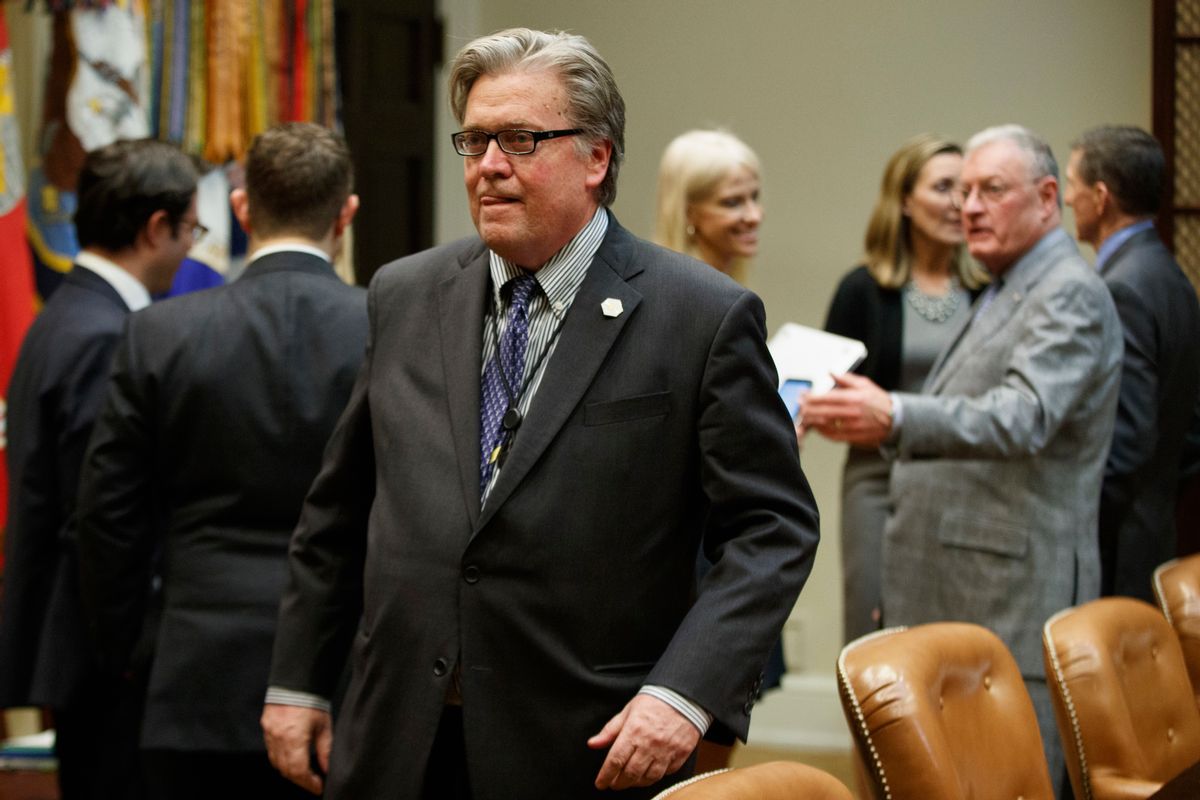 Steve Bannon, the former Breitbart editor who is now chief strategist to President Donald Trump, may be returning to his boss' good graces.

Nine sources with connections to Trump report to Axios that the perception of Bannon as a "wartime consigliere" have caused his stock to rise with the president as his administration continues to be dragged down by allegations that the Trump campaign colluded with the Russian government. As one source told the site, "It is now very clear that there is a unified opponent and that's ultimately the swamp, both with regard to the deep state leakers, to the partisan opponents and the people who just don't want to give up their power. That includes the media."

"Obviously you want it [unity] under different circumstances but it's really united this team and helped bring clarity to their focus," the source added.

Christopher Ruddy, the CEO of Newsmax and a friend of Trump's, told the site that Bannon's strength is being "super savvy dealing with the media and dealing with crises."

Bannon is expected to oversee a legal team — despite not being a lawyer himself — that is expected to include many prominent names, according to a report by the Washington Post. Trump's longtime attorney Marc Kasowitz is expected to be a leading player on the team. Other names being rumored include Robert Giuffra, Theodore Olson and Reid Weingarten.

John Quinn, a prominent lawyer from the Los Angeles firm Quinn Emanuel Urquhart & Sullivan, told Fox News that this plan could backfire on Trump, since "to have a team consisting of attorneys who are all used to being leaders. I can’t imagine that would work out very well."