Trump staffer hints he may be open to softening Russia sanctions 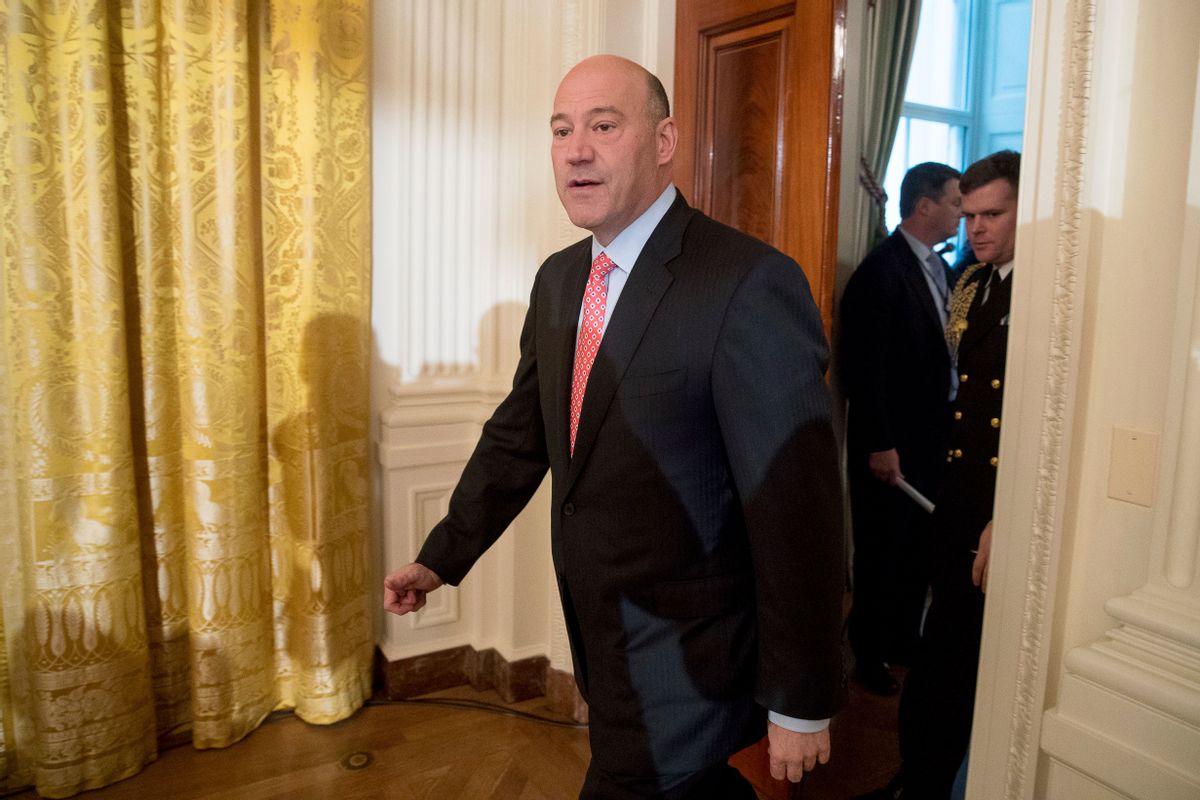 The topic of sanctions against Russia — more specifically, whether President Donald Trump will strengthen, weaken or leave in place both the sanctions imposed by President Barack Obama after Russia's 2014 invasion of Ukraine and the ones imposed as a result of their alleged meddling in the 2016 presidential election — has now returned to the fore.

That said, there is understandable confusion over Trump's position on sanctions after Gary Cohn, the Director of the National Economic Council, had a very ambiguous exchange with reporters while speaking with them aboard Air Force One.

When asked about Trump's position on the Russian sanctions (which came up during their talks at NATO), Cohn said that "I think the president is looking at it. Right now, we don't have a position."

He added, "He's got many options."

When another reporter pressed the subject by flat-out asking "Is Trump looking at lifting sanctions?" Cohn made it clear that "I did not say that; I said he's looking."

This subject is a particular sensitive one for the Trump administration because their former national security adviser, Michael Flynn, is reported to have told Russian officials that they could expect some of Obama's sanctions to be lifted once Trump was in office. Flynn later had to resign because of his conversations with those Russian officials, and Flynn is one in a long line of Trump associates with connections to the Russian government.