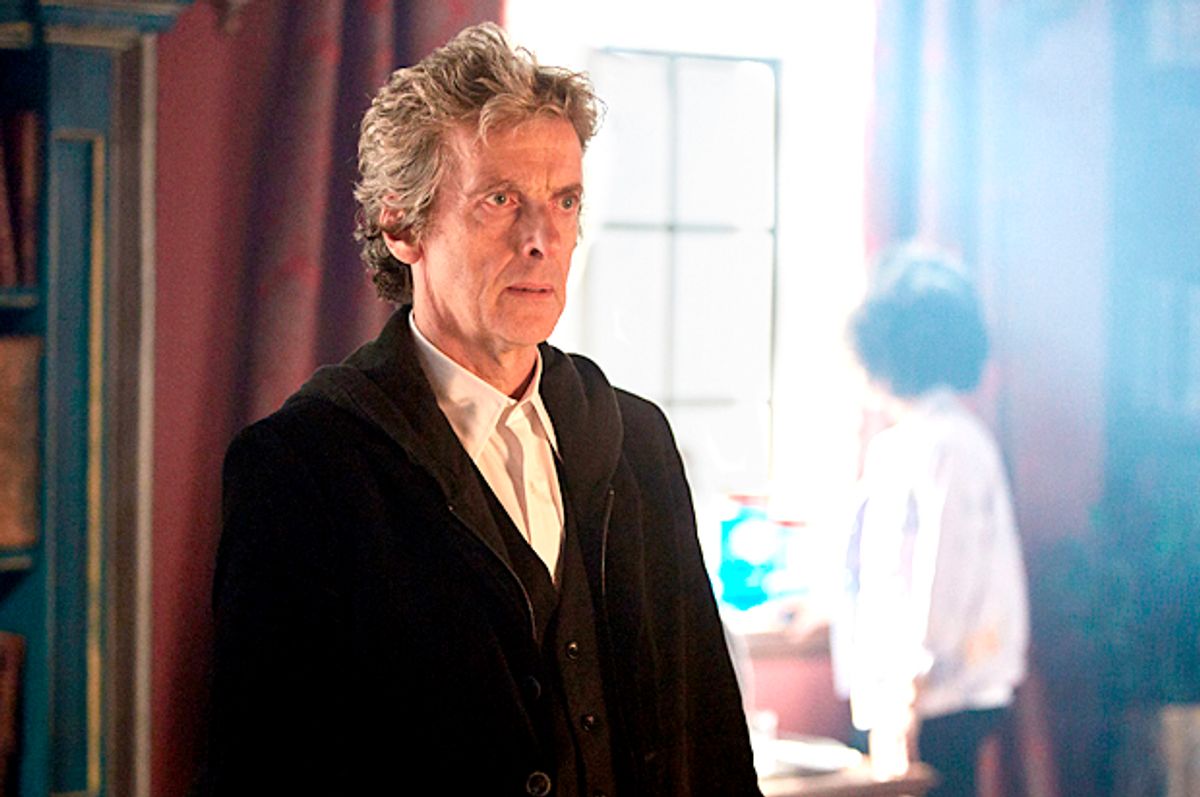 "Doctor Who" has made it clear that at least one of its main characters does not think highly of President Donald Trump.

In the recent episode "The Pyramid At The End Of The World," the Doctor's latest companion Bill (played by Pearl Mackie) is asked by the United Nations secretary-general for help finding "the president." Bill responds by saying, "How would I know the president? I mean I wouldn't have even voted for him."

Of course, this being "Doctor Who," the so-called "president" in question was actually The Doctor (played by Peter Capaldi), who serves as President of Earth.

The Doctor has encountered American presidents before. In the 2011 episode "The Impossible Astronaut," The Doctor met with President Richard Nixon, another Republican commander-in-chief whose administration was infamously beset by scandal. While Nixon played a key role in the plot of that episode, though, Trump himself is not a character in "The Pyramid At The End Of The World."

As the BBC's official summary explains, the episode's story begins when "an 'ancient' pyramid appears overnight. Every clock in the world begins counting down to the Earth's destruction. Three opposing armies lie ready to annihilate each other. An alien race stands ready to offer humanity a deal that could save them, but enslave them. It is a terrifying race against time to save the world. Will the Doctor be forced to accept their help?"

People on Twitter are predictably polarized on the new episode's anti-Trump stance.