When Trump enriches himself in public office, average Americans pay the price, a congressional report notes 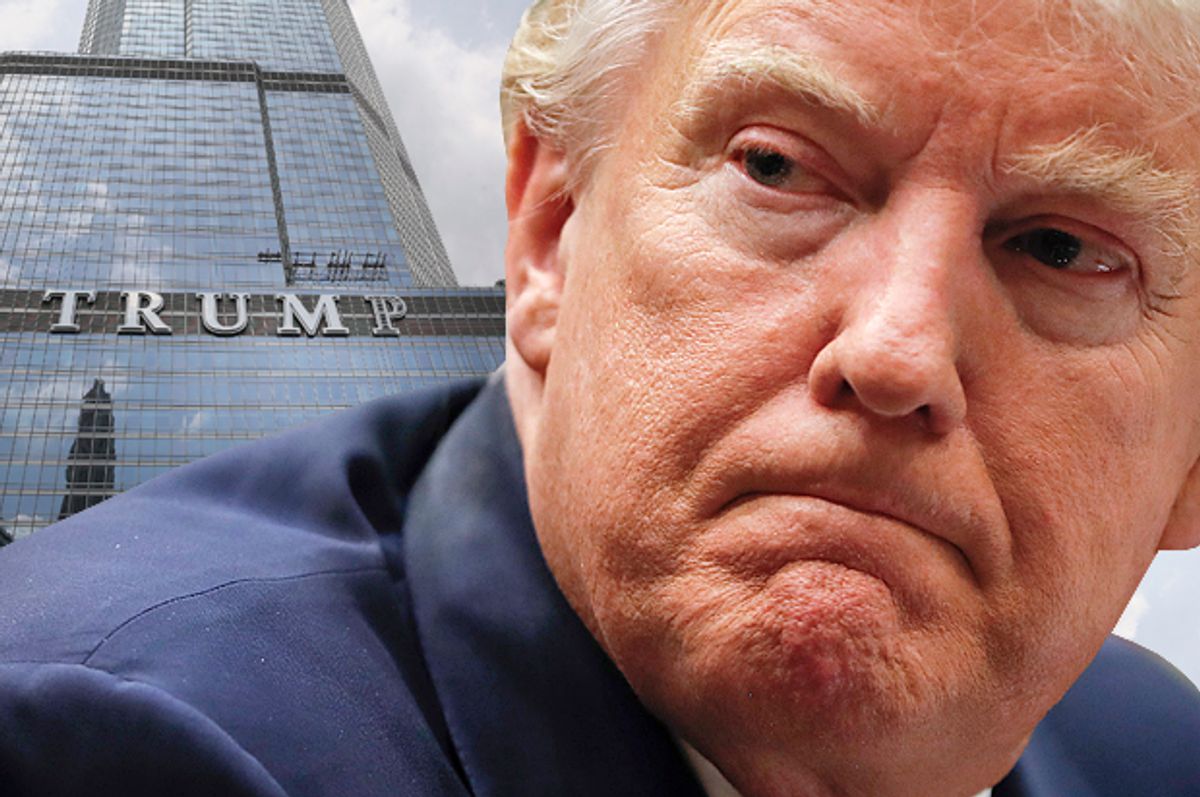 If you want to understand how President Donald Trump's numerous conflicts of interest will impact ordinary citizens like you, a new report is worth paying attention to.

Democrats in the Joint Economic Committee say that Trump is "likely doing economic harm" by "flaunting the laws and conventions of good governance that made the United States a cornerstone of the global economy" in a staff report.

The report, called "The Costs of Corruption to the American Economy," includes as specific examples the president implementing policies that specifically help his business interests (such as rolling back Clean Water Act protections), regularly visiting his commercial real estate properties and clubs in ways that give them publicity and thus increase their revenue and being awarded Chinese trademarks at the same time that he began to honor the "One China" policy.

One business that sent an inquiry to the Office of Government Ethics was a restaurant owner competing with the Trump Organization who complained that Trump's hotel was "unfair and to the detriment of other businesses in the city."

"Congress must be vigilant against the potential for President Trump to enrich himself and his family at the expense of the average American," said Sen. Martin Heinrich, D- N.M. "The president and his family’s conflicts of interests are inexcusable and unacceptable, and could depress economic output by over $1,000 per person just in one year. Not only are these practices dangerous, but harmful to the economic security of American families across the country."

The report noted that it was "difficult" to give specifics because the president has "taken several actions that further cloak the ability to assess potential corruption issues that may or may not plague the Trump White House."

Just how much damage would a corrupt economy do? The report compared the U.S. to Italy in the 1990s, and postulated that the GDP would have grown at 2.1 percentage points less every year if corruption levels were the same. As of 2016, this would have resulted in each person losing an average of $1,170.

"The purpose of this report is to highlight the real economic impacts of President Trump’s conflicts of interest, and the harm some of his business interests and financial conflicts could cause," Heinrich told Salon. "The stakes are high and the risks are real.  It’s not just about how the president, his family, and his administration benefit from these conflicts of interest—but how they could hinder economic growth in the long term."

He also elaborated on the concrete steps he is undertaking to address this problem.

"Transparency is one of the most important tools to fight back with, which is why I've introduced legislation requiring the White House to disclose its visitor logs," Heinrich said. "I also have been calling on congressional investigators to follow the money and believe we need to take a look at the president's tax returns. We cannot let President Trump recklessly harm our economy over his conflicts of interest. It’s a threat to our democracy and a threat to the economic security of American families."