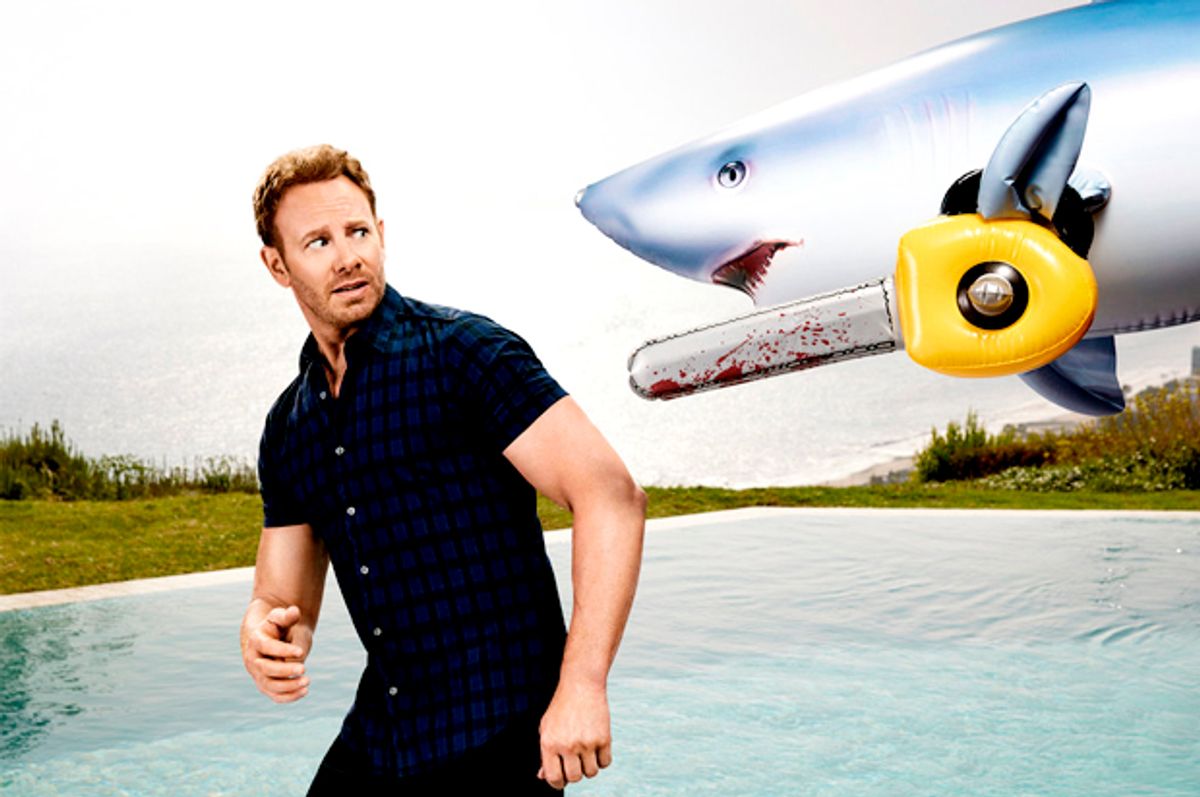 The title seems awfully topical given that President Donald Trump is removing the U.S. from the Paris Climate agreement and the world is already almost up to its neck in melted polar ice.

Obviously, this news begs the question: Will the new film connect the presence of Sharknados to the problem of global warming?Perhaps, but another outstanding query crosses the mind: Given that global warming is a scientific fact and sharknados are decisively not, do rational people even want such issues championed in this movie?

Whatever the answers, the question fans of the series are truly asking themselves is whether the new movie resolve the longstanding love triangle between Fin, Nova and April?

On top of a tongue-in-cheek tone, the "Sharknado" series has developed quite a soap opera between its characters. After the third movie, audiences were left wondering whether protagonist Tara Reid (okay, the character's name is April Wexler, but she's basically just Tara Reid) had survived being smashed by a fragment of a space shuttle. The decision was left in the hands of the audience, who apparently voted for her to live.

When the fourth movie ended, the character Nova (Cassie Scerbo) — who started out as a potential love interest for the other protagonist, Fin Shepard (Ian Ziering) — was seen emerging from the wreckage of the Eiffel Tower, which had presumably been blown across the world. Given these developments, this may be the most emotionally fraught "Sharknado" yet.

. . . the mission gets personal for Fin Shepard (Ian Ziering) and his bionic wife, April (Tara Reid) when their young son gets trapped in a traveling ‘nado and transported all over the world. From London to Rio, Tokyo, Rome, Amsterdam and beyond, our globetrotting heroes will seek assistance from a highly-skilled squad of royals, scholars and Olympians, enlisting famous faces from news, entertainment, and sports in their most epic battle yet.

This is not the first time the franchise has dipped its toe in political waters. Previous installments have seen Ann Coulter and former Rep. Michele Bachmann (both conservatives) in cameo roles.