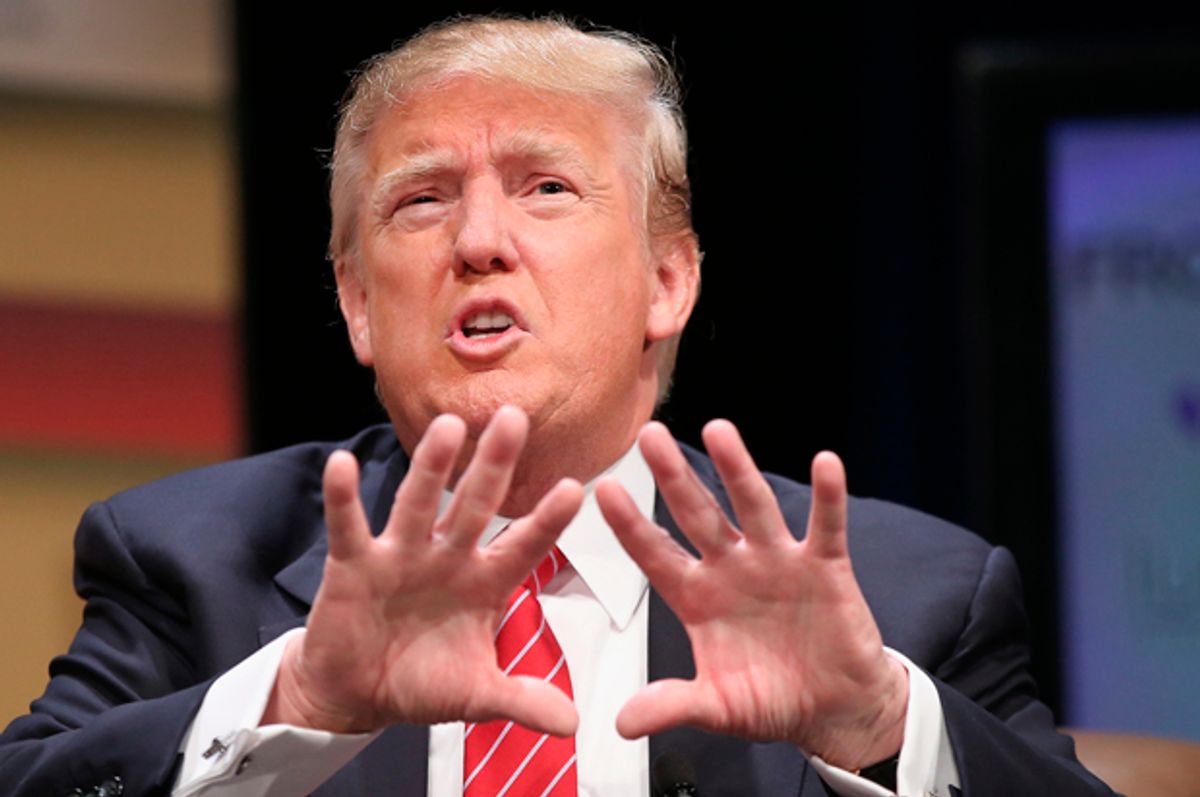 In the wake of the tragic attack in London on Saturday evening, President Donald Trump quickly (and predictably) took his feelings to Twitter. He bashed the mayor of London, continued to advocate for his proposed ban on travel from select Muslim-majority countries and drew a bizarre false equivalency with the gun control issue.

Trump took the mayor's words largely out of context. In a television interview on Sunday morning, London mayor Sadiq Khan condemned the attack and added that there would be an increased presence of law enforcement throughout the week. "Londoners will see an increased police presence today and over the course of the next few days. There's no reason to be alarmed," Khan said. At no point did the mayor downplay the severity of the attack, as Trump had insinuated in his tweet.

"There aren’t words to describe the grief and anger that our city will be facing today. I’m appalled and furious that these cowardly terrorists would deliberately target innocent Londoners," Khan also said. "There can be no justification for the acts of these terrorists and I am quite clear that we will never let them win."

Trump also exploited the tragedy to make a case for his travel ban, which has been repeatedly struck down by federal courts on the grounds that it violates the U.S. Constitution.

Last week the president incorrectly labeled the shooting at a Manila resort as a terrorist attack, even though authorities in the Philippines made clear that it wasn't. Trump has been more outspoken on terror incidents carried out by international actors such as the Islamic State, which he perceives as fueling his agenda, but has been significantly more subdued when it comes to homegrown terror attacks often perpetrated in the name of white supremacy. It took the present nearly three days to condemn the stabbing of Army Lt. Richard Collins III.

Trump also said on Twitter that because the assailants wielded knives and also weaponized a truck, there hasn't been an outcry for gun control measures.