"Kill them all": GOP congressman unleashes Facebook tirade in response to "Islamic horror" 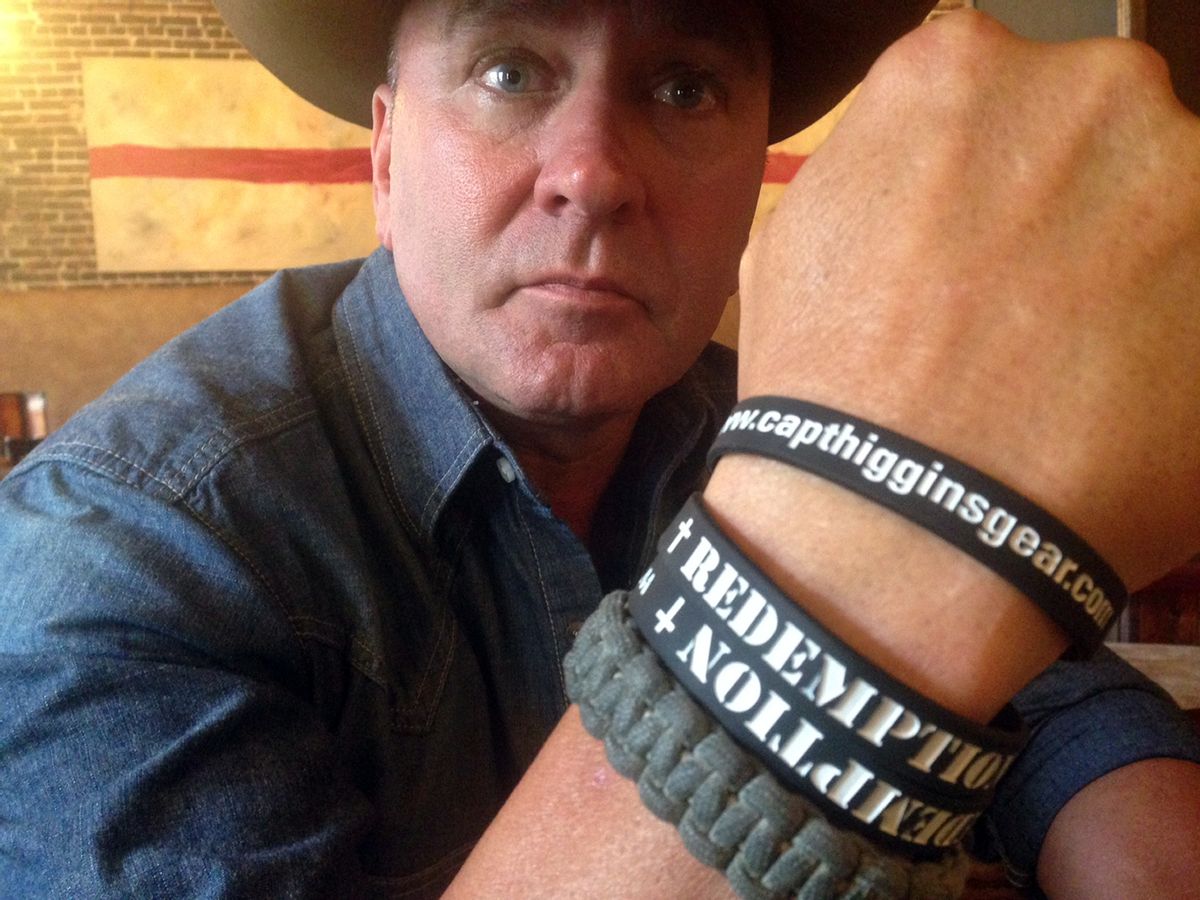 In this June 2, 2016, photo, Clay Higgins, a former Captain for the St. Landry Parish Sheriff's office, and candidate for Congress, poses for a photograph in Lafayette, La. His wristband is printed with the word "redemption." The man dubbed the “Cajun John Wayne” has set his sights on a congressional seat. Higgins, a Republican, is one of seven candidates vying for the seat in Louisiana’s southwestern district, which is being vacated by Republican Rep. Charles Boustany, who is running for Senate. (AP Photo/Kevin McGill) (AP)
--

A Republican congressman, Rep. Clay Higgins of Louisiana, took to Facebook to talk about how his response to the London terrorist attack is very simple: Kill them all.

"The free world... all of Christendom... is at war with Islamic horror," the congressman, who signed his missive as "Captain Clay Higgins," wrote over the weekend. Higgins is a veteran of the Military Police Corps for both the Army and the National Guard.

"Not one penny of American treasure should be granted to any nation who harbors these heathen animals. Not a single radicalized Islamic suspect should be granted any measure of quarter," Higgins wrote. "Their intended entry to the American homeland should be summarily denied. Every conceivable measure should be engaged to hunt them down. Hunt them, identify them, and kill them. Kill them all. For the sake of all that is good and righteous. Kill them all."

The post has been confirmed as authentic by Newsweek, which also notes that Higgins delivered a speech back in January in which he declared that "radical Islamic horror has gripped the world and... unbelievably... been allowed into our own nation with wanton disregard."

Aside from his incendiary statements about Islam, Higgins is also well known for being caught on tape discussing how he would be able to pay off his child support with his income as a congressman once he won his election. Prior to his career as a politician, Higgins became famous as a so-called "Cajun John Wayne," due to his tough, no-nonsense demeanor in video segments called "Crime Stoppers." During those segments, he would discuss local crimes that had been committed and often speak directly to the suspected perpetrators in case they were watching.