On the 50th anniversary of the Six-Day War, "Wonder Woman" becomes a new battlefield for Israel and Lebanon 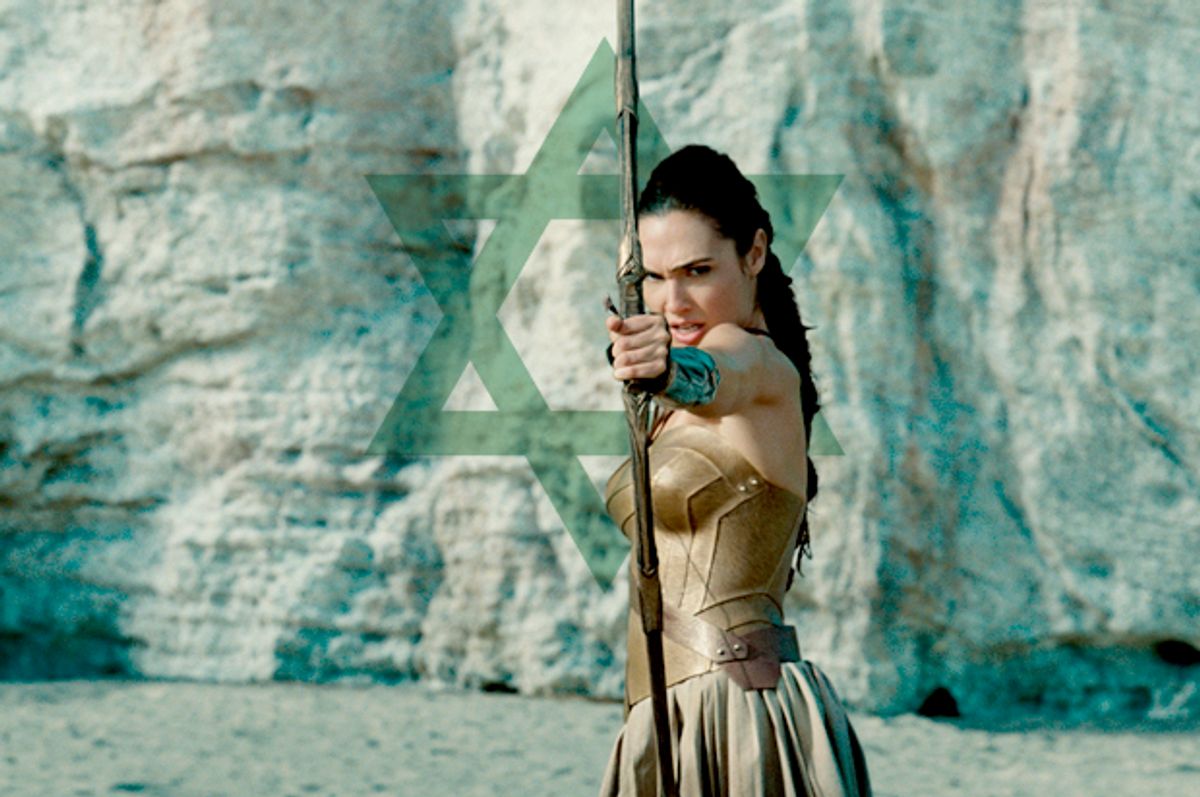 There is some true heroism at work in "Wonder Woman."

During a year in which a virulent misogynist became president, "Wonder Woman" has broken box office records for films helmed by a female director. Less than a year after Salon noted how movies starring women are treated with disproportionate harshness by male critics, "Wonder Woman" has a 93 percent freshness rating on RottenTomatoes.

As with almost all sectors of the movie industry, the superhero genre may still have a major diversity problem. Yet the inarguable and historic success of "Wonder Woman" has placed a gigantic crack in that glass ceiling. There are many reasons to smile here.

None of that means, however, that the politics behind "Wonder Woman" are completely unproblematic.

In an interview with Entertainment Weekly, "Wonder Woman" director Patty Jenkins explained why she set her film during World War I in terms that have become unintentionally ironic.

"We are in a very WWI world today with nationalism and how it would take very little to start a global conflict," Jenkins said.

How oddly fitting then that the film itself has become a lightning rod for nationalist sympathies — and on an anniversary that is fraught with historical, nationalistic significance.

In Lebanon the movie has been banned because its star Gal Gadot is Israeli. Just across the border in Israel, the movie is expected to be a smash hit as Israeli citizens rally behind one of their own. All this happened — and is happening — on the exact days the two nations fought against each other in the Six-Day War, a conflict fundamental to the ongoing tensions between them today.

For many people, the national identity of the actress playing Wonder Woman is inextricably linked to the film itself, no matter the fact that its entire premise is meant to rebuke the very concept of nationalism.

This reality has both hopeful and ominous implications.

It is wonderful that Gadot has joined the long litany of Jewish people who have made the superhero boom possible. (Full disclosure: the author of this article is Jewish and has been victimized by anti-Semitism.) After all, Jewish writers and artists were responsible for creating iconic characters, including Superman (Joe Shuster and Jerry Siegel), Batman (Bill Finger and Bob Kane) and countless heroes from the Marvel pantheon. Jack Kirby, Stan Lee and Joe Simon — all Jewish — can be credited variously for Captain America, the Incredible Hulk, Thor, Iron Man, Spider-Man, the X-Men and the Fantastic Four.

But this trend doesn't end at the printed page. Many actors who have been chosen to depict these heroes on screens large and small, from Robert Downey Jr. as Iron Man to Jon Bernthal as the Punisher, have also been Jewish.

But this same pride that Jews like myself feel in these achievements also has a dark side. Jewish nationalist solidarity (as opposed to its strictly religious counterpart) was the ideological fuel behind Zionism, the movement that ultimately led to the creation of the state of Israel in 1948.

Whether you believe members of the Jewish diaspora needed a nation of their own, it is hard to defend Israel's long history of human rights violations against Palestinians. According to Human Rights Watch, the Israeli government and individual Israeli citizens have built and supported "unlawful settlements in the occupied West Bank," used "excessive force against Palestinian demonstrators and suspected attackers, raising the specter of extra-judicial killings"and exacted "punitive home demolitions," as well as closing off the Gaza Strip to the rest of the world — a situation that the group says, "amounts to collective punishment and has impeded reconstruction."

While Gadot has never expressed support of these actions specifically, in 2014 she posted a controversial Facebook status update that praised the Israeli Defense Forces for "protecting my country against the horrific acts conducted by Hamas, who are hiding like cowards behind women and children."

Gadot's Facebook post came during the height of the so-called "Summer War," an IDF incursion into Gaza carried out in July and August 2014. Combined with a protracted bombing campaign, it was an operation that many in the international community — including the U.S. government — characterized as a wildly disproportionate, citizen-targeting response to the murder of three Israeli teenagers. According to the United Nations Commission on Human Rights, 1,462 Palestinian civilians were killed in the operation.

None of this is meant to apologize for or sympathize with terrorist groups such as Hamas or to condone the Lebanese decision to ban "Wonder Woman." Singling out Gadot's Israeli heritage instead of her political views smacks of anti-Jewish prejudice.

Rather, the point here is simply this: Because superhero movies have become increasingly political — especially last year's "Batman v. Superman: Dawn of Justice" and "Captain America: Civil War" — it can be irresponsible to praise the politics that inspire us while ignoring the ones that make us uncomfortable.

"Wonder Woman" doesn't strive merely tell a fanciful story about ancient Greek gods in the modern world; it is also a harrowing account of the terrible human tragedy wrought by a war caused by nationalism run amok. When audiences see this movie and praise it for its progressive politics, they need to remember that there is a stark disconnect separating the message that the filmmakers seem to intend (namely, that zealous nationalism leads to unnecessary bloodshed) and the one seemingly supported by its leading star.

If audiences miss that point, they risk missing an important dimension to two vital stories — the one that "Wonder Woman" tells on screen and the one occurring behind the scenes.

It is wonderful (pun intended) that "Wonder Woman" contains an intelligent, strong and independent female hero in a fun and well-written production. That aspect of "Wonder Woman" deserves unequivocal praise.

When it comes to the subtext on the dangers of nationalism, however, the message is, at best, muddled and, at worst, contradicted by the words of the film's own star.