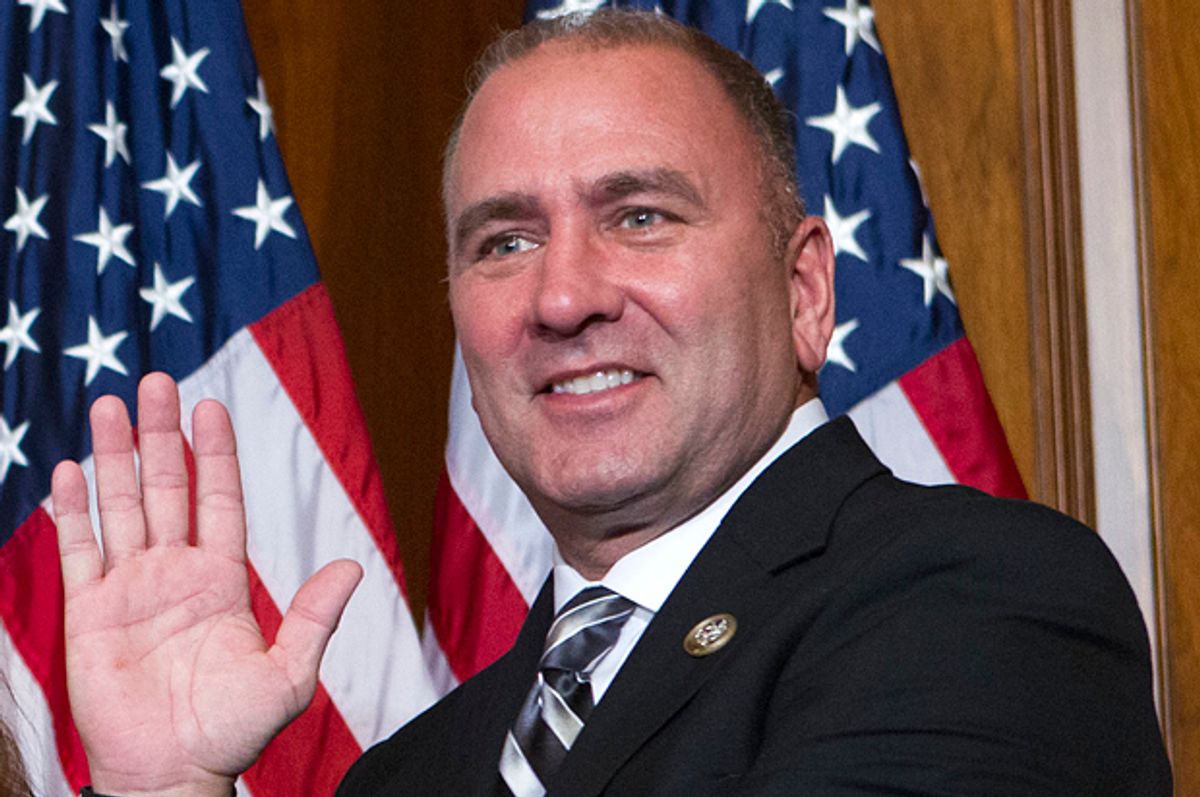 Rep. Clay Higgins is standing by a recent Facebook post calling radicalized Muslims as "heathen animals" and saying Americans should "kill them all," telling Salon that the real problem seems to be political correctness.

"We are a world at war," the Louisiana Republican said. "The enemy is radicalized Islamic jihadists. The terrorists certainly take advantage of the politically correct madness that consumes the West. They revel, that many in the western world are frightened to speak freely. I've never been accused of being politically correct. I call things the way I see them. The meaning of candid speech is frequently mischaracterized or misunderstood. This is about prioritizing national security and protecting American lives."

Higgins became famous because of a weekly news segment called "Crime Stoppers," one in which he would discuss local crimes and issue direct, no-nonsense ultimatums to the suspects. They were incredibly popular, even if his strong language eventually got him in trouble, and he has ridden that reputation for frankness all the way to a political career.

The videos would frequently insult the intelligence and moral character of the criminals he was calling out and were replete with references to Higgins' own Christian faith. In a particularly controversial video, Higgins called out individual members of the Gremlins street gang by name, referring to them as "animals" and calling one an "uneducated, 125-pound punk that's never won a fair fight in your life."

Several family members of the individuals called out in the video took public exception to Higgins' language.