A Muslim-American superhero is coming to your TV this fall 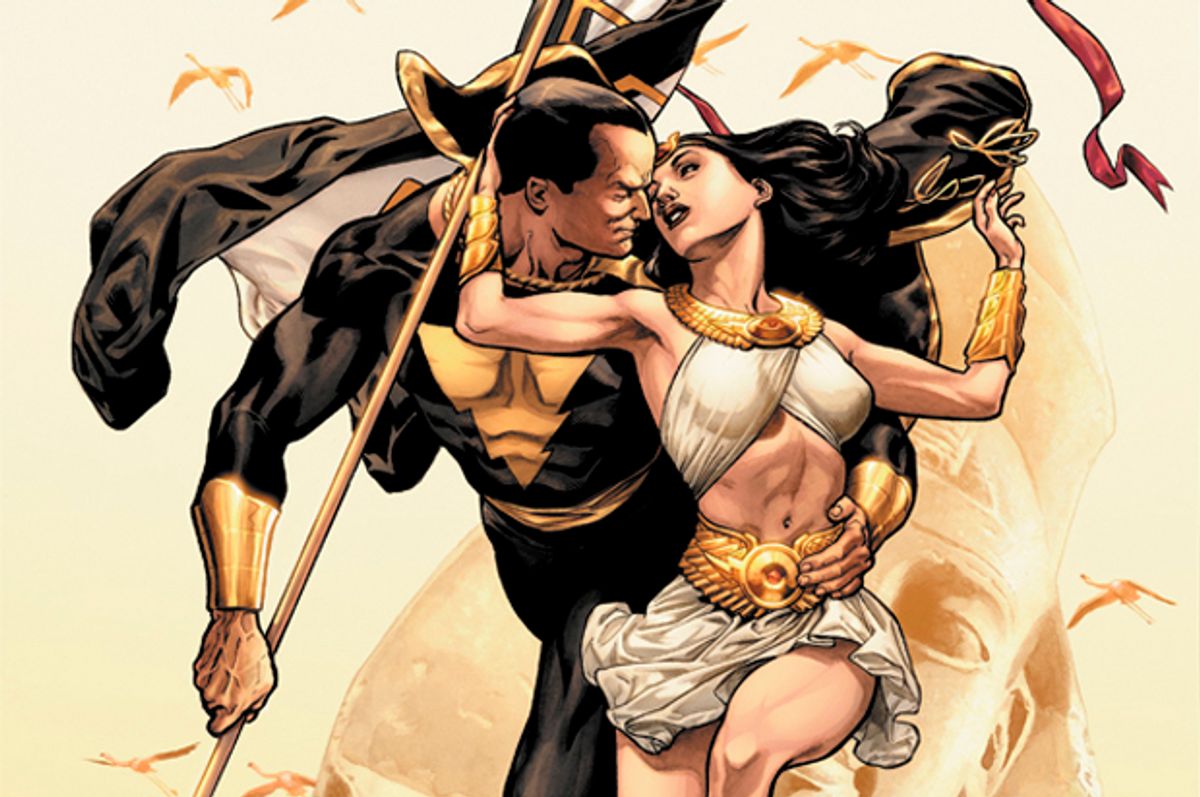 In what appears to be a first, a live-action show will welcome a Muslim-Amercian comic-book superhero this fall.

According to a report by Variety, actor Tala Ashe will join the third season of the CW show, "DC's Legends of Tomorrow" as Zari Adrianna Tomaz. The network describes Ashe's character as a "grey hat hacktivist" and overall computer nerd with a "wry, combative attitude" who hails from the technologically advanced year 2030. Comics, as is often said, are weird.

Interestingly, the words "fear" and "prejudice" appear in the description about the hypothetical (or perhaps not so hypothetical?) future world Tomaz comes from. It's easy to imagine that she'll be facing some ugly issues — some of them straight from our own feeds — in the series.

Ashe, an Iranian-American dual citizen who speaks fluent Farsi, seems pumped to join the cast of "DC's Legends of Tomorrow" and a shared DC TV universe which also includes the shows "The Flash" and "Arrow" (and sometimes "Supergirl".)

While it appears that Ashe's version of the character is — thankfully —  a Muslim American, the original comic-book depiction of Adrianna Tomaz was wildly different.

An Egyptian refugee, Tomaz acquired super strength, flight, telekinesis and other powers from the ancient goddess, Isis. In her sometimes tragic history, she is often paired with Shazam's regular nemesis Black Adam and adopts the name "Isis" and some rather skimpy, blousy clothing in her role as a warrior and queen. One can safely assume that the producers at CW will want to avoid using both that name and that costume their own iteration of the character.

The predicament here is much the same as that which face the creators of the FX comedy-action show "Archer," which contained a fictional organization named ISIS until Middle Eastern geopolitics convinced them that it would be wise to change it.

Oh, and just because comics — and the shows related to them — are weird, it's worth noting that the current DC iteration of Isis is actually based on one that was created for a 1970s TV show.  That Isis — alter ego "Andrea Thomas" — debuted in the show "The Secrets of Isis", a part of the "The Shazam/Isis" hour on CBS in 1975. Played by a white actor, Isis was the first female superhero with her own live-action series ("Wonder Woman" with Lynda Carter would debut the following year.)

Ashe's other TV roles include appearances on "American Odyssey," "30 Rock," "Covert Affairs," and "Law & Order." A superpowered character with a Muslim background was seen on NBC's "Heroes Reborn" in 2015, but that character was not based on any preexisting comic book.