Jane Sanders, partner to Bernie, launches a nonprofit with a slate of renowned progressive fellows 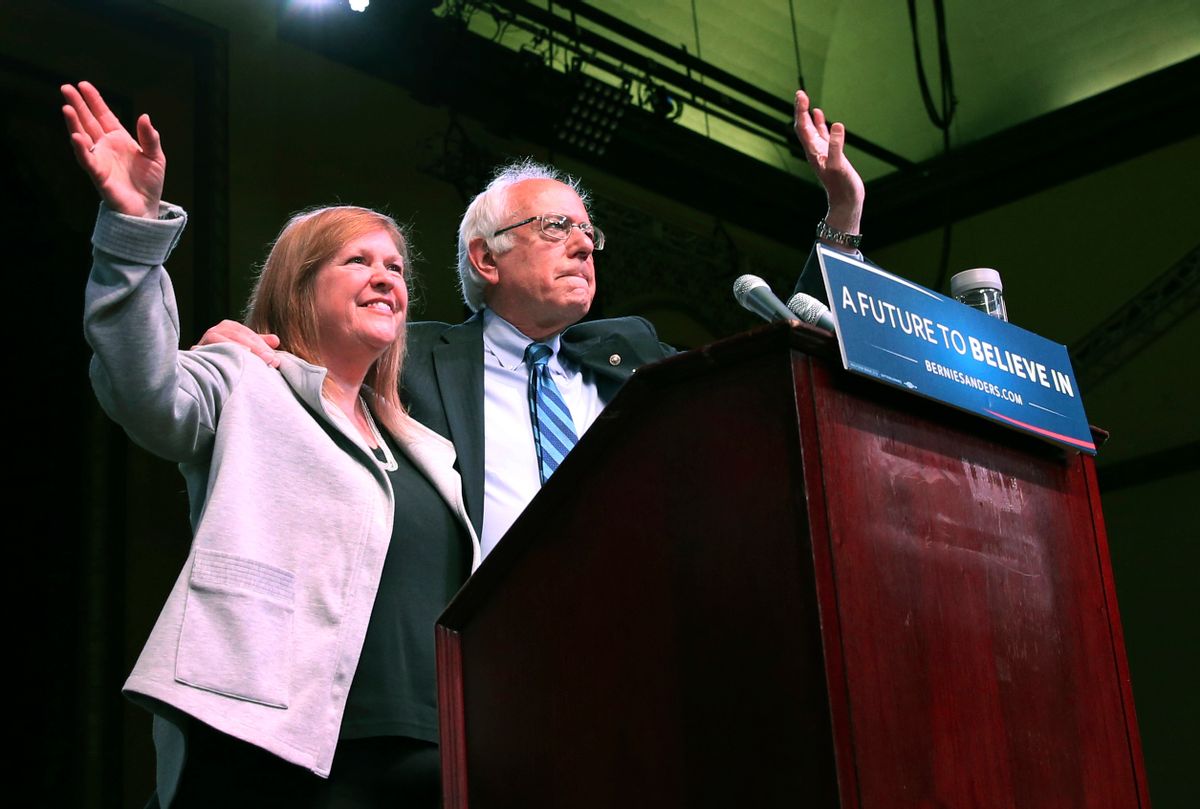 [UPDATED 6/7/17 at 7:15 pm with comments from a spokeswoman from the Sanders Institute.]

Jane Sanders, whose partner Sen. Bernie Sanders (I-Vt.) is the most popular politician in the country, announced the opening of the Sanders Institute "a nonprofit, progressive educational organization," according to a press release from today.

"The stated mission of the Sanders Institute is to revitalize democracy by actively engaging individuals, organizations and the media in the pursuit of progressive solutions to economic, environmental, racial and social justice issues," the press release stated.

The Sanders Institute will function as a "hybrid" between a think tank and an educational center, according to an email sent to Salon from a spokeswoman for the Institute. "It will function as a think tank where progressive leaders and educators can raise awareness and formulate solutions to pressing issues facing our country, and it will make its resources and content available for public use. Educational information at the Sanders Institute will not only be the type of in-depth reports that Brookings provides, it will also include introductory information for those who are just beginning to learn about these issues. One of the goals of the Institute is to ensure that everyone who visits the site has an opportunity to learn something new, whether they are experts or just beginning their education about progressive ideas," a spokeswoman said.

The institute has named 11 founding fellows, including notable progressives such as Dr. Cornel West, Professor Robert Reich, Bill McKibben, The Honorable Nina Turner, Ben Jealous and others. These figures were chosen because they "are some of the most prominent progressive figures in the country today with a wide variety of expertise in social, racial, economic and environmental justice issues," a spokeswoman told Salon.

The institute plans to "host an active website featuring reports, op-eds, and original content from the Fellows and from other individuals and organizations offering thought-provoking perspectives," according to the press release.

In an interview with the Washington Post, Jane Sanders said that the purpose of the institute was "to revitalize democracy in the support of progressive institutions." Her husband will not be part of the initiative, and Sanders will not be taking any salary, according to the Post. "Our feeling is at our point in time, our country is at a crossroads, and people are engaged in a political process that can be opaque. A vital democracy requires an informed electorate, civil discourse, and bold thinking. So we put together this team to focus on issues, but not in a partisan way, not in a way that just focuses on the latest crazy thing. It will not be about Trump; it will be about the issues facing the country," Sanders added.

In terms of content, people can expect "fact-based, educational information," as well as information on an array of topics such as "America’s economic, environmental, racial, and social justice issues on a macro and micro scale," a spokeswoman told Salon.

"The fellows [sic] content is also supplemented by other research, op-eds, videos and other content from external sources that seek to educate about progressive ideas. We will also generate original content inspired by the people we've met throughout the country as a way to 'follow up' and highlight those issues on a more micro scale," the Sanders Institute spokeswoman added.