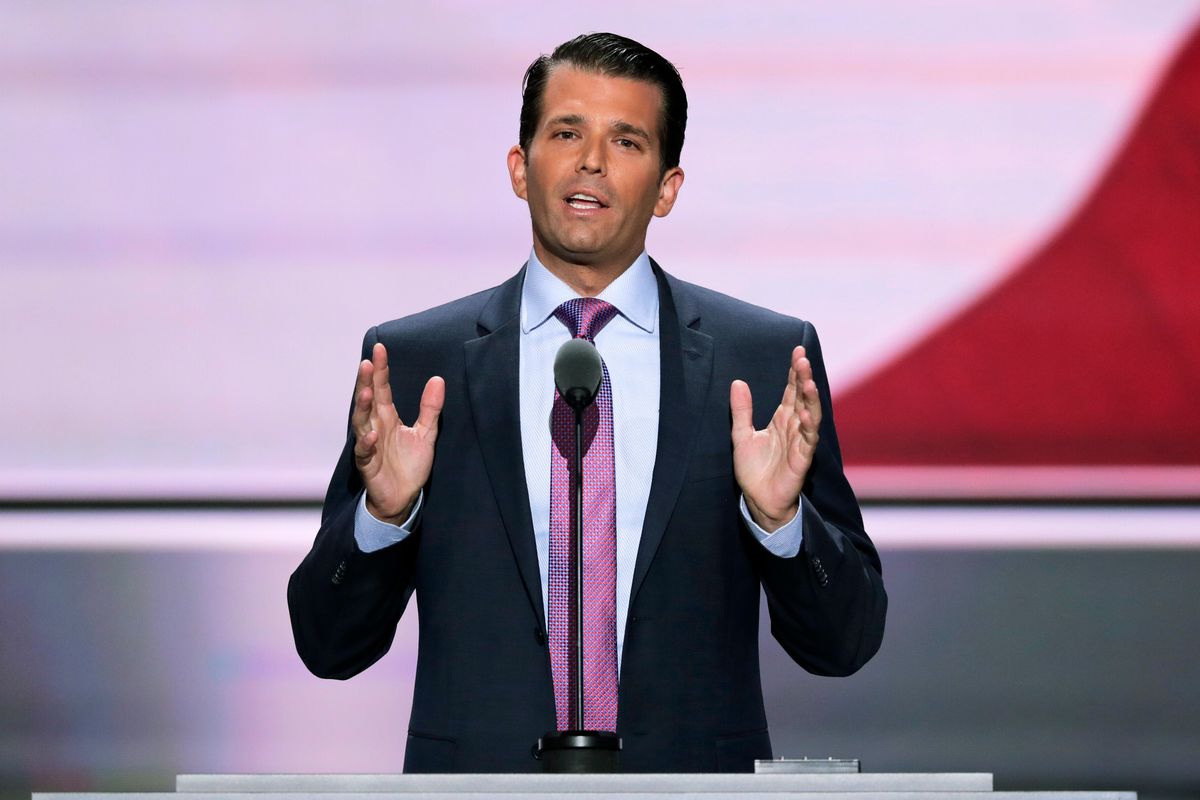 While former FBI Director James Comey's testimony was being broadcast live, Twitter was bursting at the seams with opinions, comments, input and criticism, and of course Donald Trump was right there at the forefront.

No, not that Donald Trump — he's been quiet all day. It was his adult son, Donald Trump Jr., who stepped up to the Twitter plate.

As liberals were commending Comey for his honesty, the president's first-born son was firing back, tweeting his own criticisms, retweeting others' (like disgraced Fox News host Bill O'Reilly) and commenting on the conversations.

Things started off slow, as Trump Jr. retweeted things from GOP Twitter account as well as a conservative strategist. But as Comey's testimony picked up, so did Trump's tweets.

He even took a page out of his father's insult book, declaring the winners and losers of the hearing.

His brother, Eric Trump, jumped in with his two cents early on, but after a single tweet, remained quiet.

Trump daughters Ivanka and Tiffany remained silent throughout the hearing.

After the testimony wrapped up, Donald Trump Jr. finished his thoughts with a moment of catharsis.

President Donald Trump was noticeably absent from his usually active Twitter during the hearings. At several points during his testimony, Comey made comments about the president that Twitter users thought would warrant a response — but Trump remained quiet.

One possible explanation? He was watching the testimony in his private dining room with his lawyers. Perhaps they enforced the "no phones at the dinner table" rule.