The president stays silent during James Comey's testimony, as his lawyer speaks out after 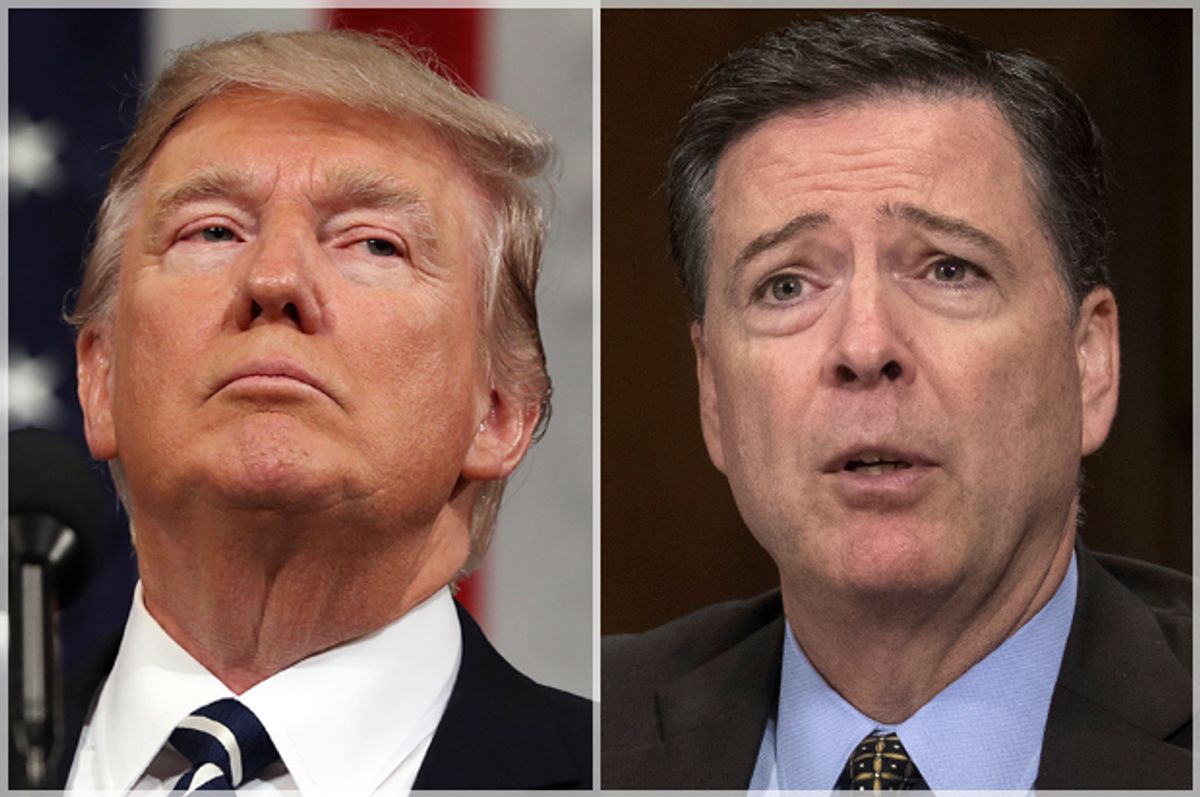 President Donald Trump has managed to avoid tweeting his thoughts on former FBI Director James Comey's testimony on Thursday. Instead he has left that responsibility to his lawyer Marc Kasowitz, who claimed that Comey's testimony vindicated the president.

Kasowitz did not accept any questions on the subject.

Kasowitz said that Comey's testimony "confirmed publicly what he repeatedly told the president privately: The president was not under investigation as part of any probe into Russian interference."

Kasowitz also said that Comey's testimony proves Trump did not try to impede the FBI's investigation into alleged collusion between the Russian government and Trump's presidential campaign, adding that Trump told Comey, "it would be good to find out" the truth. Kasowitz pointed to the testimony of Director of National Intelligence Dan Coats and National Security Agency Director Mike Rogers as evidence that Trump had not attempted to obstruct justice.

That was bookended by the end of the press conference, when Trump's legal team made a less-than-suave exit.

Despite using part of Comey's testimony to defend Trump, however, Kasowitz also tries to discredit other parts of the same testimony. In particular, Kasowitz disputes Comey's claim that Trump said "I need loyalty, I expect loyalty." Nevertheless, Kasowitz insists that "the Office of the President is entitled to expect loyalty from those who are serving in an administration" and uses this as another opportunity to complain about "those in government who are actively attempting to undermine this administration with selective and illegal leaks of classified information and privileged communications."

"Mr. Comey has now admitted that he is one of those leakers," Kasowitz said, citing Comey's notes taken during his conversations with Trump.

While leaving the response to Comey to Kasowitz, Trump spoke to the Faith and Freedom Coalition conference, according to a report by Axios. Politico also reported that on Wednesday night, Trump made clear that he wouldn't be tweeting during the testimony: "Why would I?"