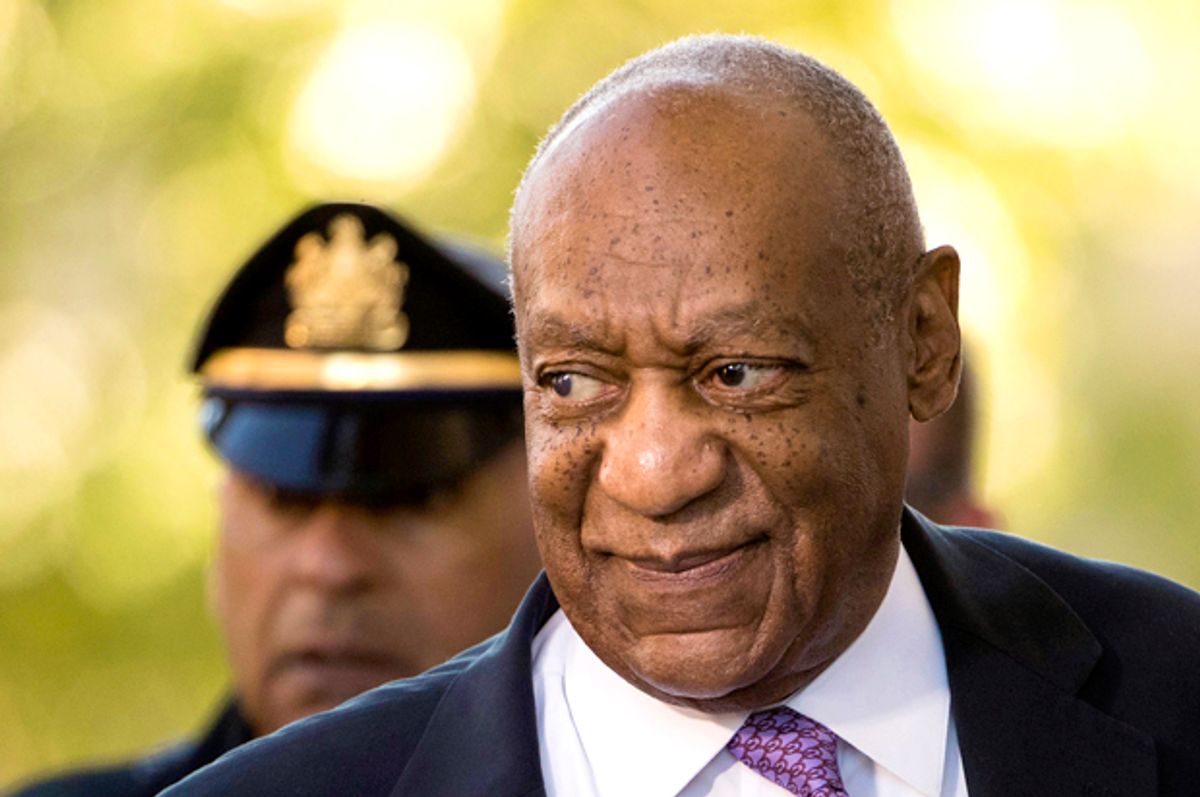 Bill Cosby's trial is now winding down, thanks to his attorneys' decision not to have their client testify on his own behalf. After a mere 6 minutes of defense, the side rested.

The defense lawyers called a single witness to the stand, Detective Richard Schaffer, according to a report by NBC News. When asked by the judge if he supported the decision to neither present character witnesses nor testify in his own behalf, Cosby responded, "Correct!"

Schaffer's testimony wound up primarily pertaining to statements given to police by the alleged victim, Andrea Constand.

Although Cosby's legal team announced in May that he would not take the stand in his own defense, Deadline Hollywood reported last week that they were reevaluating the wisdom of that strategy.

Unflattering — perhaps damning — pieces of evidence entered by the prosecution during the trial included a tape in which Cosby discussed wanting to "set up something" for Constand and her mother and remarks by Cosby himself from police interviews and other documents related to the case he settled with Constand in 2006.

As CNN legal analyst Page Pate noted, the jury has heard a considerable amount of evidence involving Cosby admitting to purchasing Quaaludes to give them to women, as well as the emotional stories of both Constand and another alleged victim, Kelly Johnson.

"Bill Cosby's defense in this case appears to be limited to the issue of consent — he claims that Constand knew what she was doing and freely agreed to take the pills and to have sex," Pate writes. "The only way the jury will believe that story is if they hear it directly from Cosby."

That said, there is also the perceived risk that a defendant testifying on his or her own behalf could accidentally admit to something incriminating or which allows the defense to open up new avenues of questioning against them. This may have contributed to the defense's decision in Cosby's case.

On what would become the final day of his defense, Cosby arrived to court with his wife Camille Cosby, for the first time in the trial, a surprise to many observers who had presumed the privately supportive but publicly scarce spouse would not make a showing.