Did the best hope for evidence of alien life just get debunked?

For 40 years, the Wow! signal was the most promising candidate for a broadcast from an alien civilization 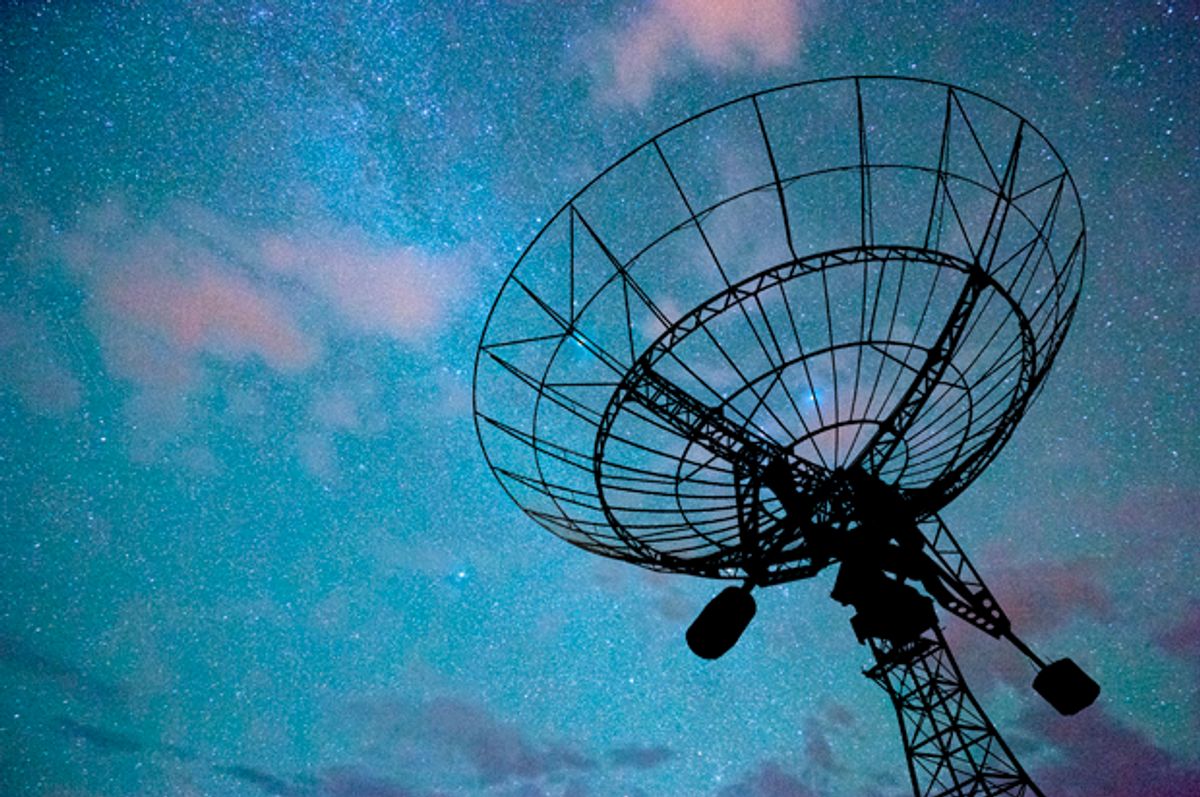 To the scientists working at Ohio State’s“Big Ear” telescope in 1977, everything about the Wow! signal lined up. The signal was broadcast at the same frequency that hydrogen glows at — which some astronomers believe is the best place to look for alien signals — and the bandwidth of the signal was thin, like an AM broadcast, which made it less likely to have a natural origin.

But the strength of the signal was the biggest hint.

The signal was so strong and focused that the professor on duty during its discovery, Jerry Ehman, saw the monster signal on the printout, circled it and wrote “Wow!”— thus bestowing upon the signal a name which has stuck.

Since then, however, telescopes have aimed themselves at the Wow! signal’s origin and turned up nothing. But now a new scientific paper from St. Petersburg College astronomy professor Antonio Paris may have solved the four-decade mystery once and for all.

So what's the likely culprit of the Wow! Signal? A comet.

To test this hypothesis, the Center pointed a 10-meter radio telescope at comet 266/P Christensen and recorded the signal. Over 200 observations, they saw a signal appear at precisely the same frequency as the Wow! signal, which disappeared when moved even 1° away from the comet. The resulting paper, recently published in the Journal of the Washington Academy of Sciences, provides a compelling answer to the mystery of the Wow! signal.

Forbes interviewed a UC Berkeley astronomer, Dan Werthimer, who was quoted as saying that he believed with “99% confidence” that the Wow! signal was merely radio interference masquerading as a strong signal. The original discoverer of the signal, Ohio State's math professor Jerry Ehman, said in a previous interview his skepticism that “[either] of the two comets could explain the Wow! signal,” and added that his “colleagues … at the observatory have also concluded the same thing.” Moreover, Discover Magazine quoted Oxford University astrophysics professor Chris Lintott as calling the methodology “flawed.” From Discover:

While staring at this region of the sky, [Lintott] says there should have been about five minutes’ worth of signals if it were comets, but it only comes in intermittent bursts. And if it were comets, Lintott says we could expect to see Wow! signals all the time, rather than once in 1977 and once in 2017.

If you’re feeling down about the puncture holes in the Wow! signal theory, fret not; there are several other mysterious astrophysical phenomena that some believe may bear E.T.’s signature. The mystery of what the hell is orbiting and periodically occluding Tabby’s star still hasn’t been solved, even as new data pours in. And the peculiar case of a signal from a star in the Hercules constellation is still not known with certainty.