Journalists have received heat for giving bad people a platform, so Colbert asks Stone if he did that with Putin 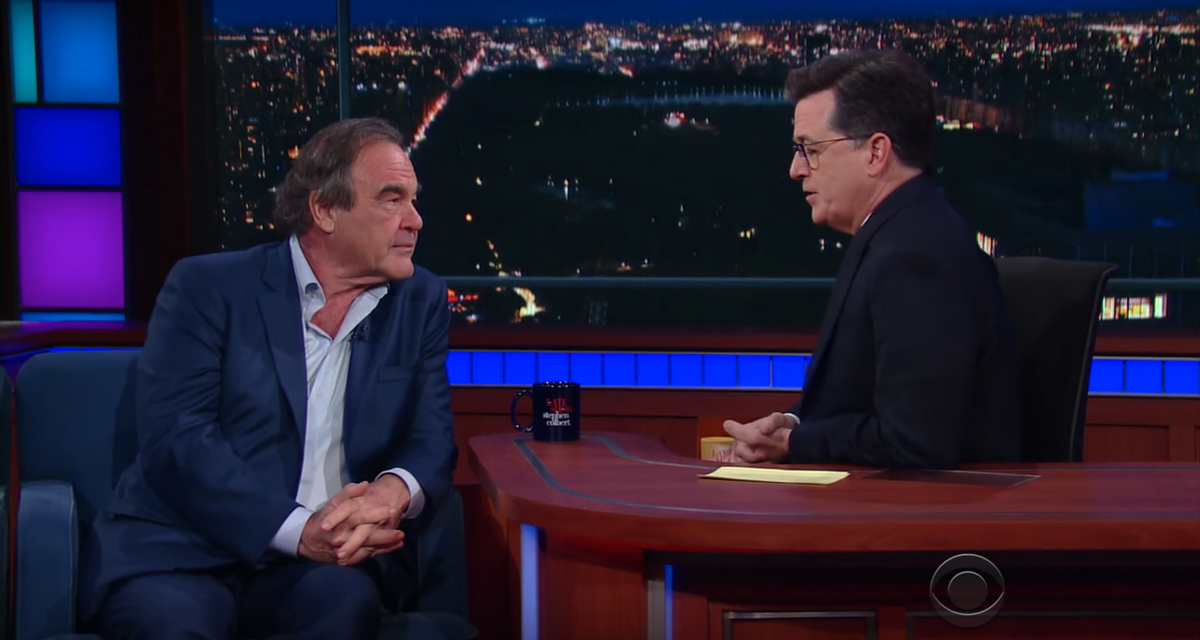 During most late-night interviews, the host lobs softball questions at the guest to elicit a few laughs and maybe learn a thing or two about the upcoming movie they are promoting. On Monday night's "The Late Show with Stephen Colbert," however, director Oliver Stone did not receive the usual treatment.

"You've spent 20 hours with this guy and you've gotten a little heat," Colbert said to Stone to kick off the interview. "People have said that you are being too cozy with him, that you believe him too easily. What do you say to people who say that your's is a fawning interview of a brutal dictator?"

"You have to be polite because it was a 2-year deal. To catch up with him, he has a busy schedule. He works 12 hours a day for almost 16 years now," Stone responded. "It's politeness, it's curiosity and it's the way you ask the questions. I think he respected me and he respected my work and he knew I would give him a fair hearing."

Before the interview began, "The Late Show" played a clip from "The Putin Interviews" in which Putin denies meddling in the 2016 U.S. election — with no pushback from Stone. Colbert asked the director if it was appropriate not to follow up with the Russian president. Stone responded by assuring Colbert that he addressed Russia hacking later in the four-episode show.

From there, the interview with was visibly contentious.

"The Late Show" host then asked the filmmaker a basic question: do you trust Putin.

"I think you should see the film yourself," Stone answered.

"I'm just asking you a question. Do you trust him?" Colbert responded rather innocently.

Stone explained that he somewhat sympathized with the Russian president. He noted that Putin has his own interests and has not always been an enemy of the U.S. Stone said that Putin was genuinely open to a partnership with the U.S, but that he has been "insulted and abused."

This comment drew some boos from people in the audience who caught the irony in Stone's statement about the Russian leader accused of human rights violations.

Stone tried to qualify his comment, saying, "Abused in the press." But this only dug the hole deeper. The crowd got louder in their jeering.

"Anything about him negative you found?" Colbert then asked.