Bill Nye is coming to the big screen! 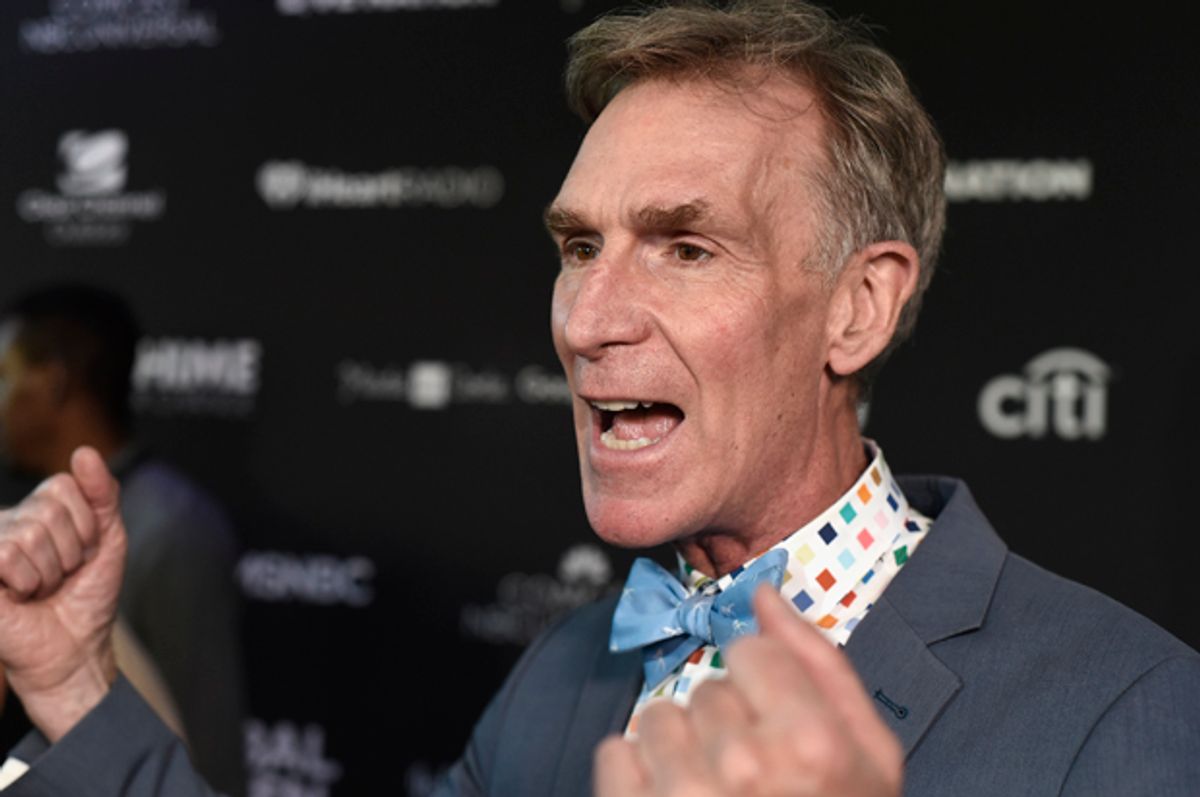 If you're a child of the '90s, chances are that you were aware of Bill Nye, the self-proclaimed "science guy" from the hit TV show called, well, "Bill Nye the Science Guy".

And if you were a nerdy child of the '90s, the chances are you quasi-worshipped Nye (okay, perhaps "worship" is the wrong word when paying respect to an agnostic, but you get the gist).

Now the glories of Bill Nye's quirky, cerebral science lessons can be brought to moviegoers of all ages throughout America. The documentary "Bill Nye: Science Guy," which premiered earlier this year at SXSW, has had its North American distribution rights picked up by PBS with the plan of releasing it in theaters throughout the country, according to a report by Deadline Hollywood.

The documentary shows how Nye has used his celebrity to advance the cause of the The Planetary Society, of which he serves as CEO. The organization was "cofounded by Carl Sagan, Bruce Murray and Louis Friedman, the organization’s mission is to empower the world’s citizens to advance space science and exploration," according to their website.

The film shows Nye taking charge of a mission to launch a solar powered satellite and advocate for science education in general. It will then premiere on TV in 2018 as part of PBS' documentary series "POV". That show's director and executive producer Justine Nagan said, "Many of us grew up with Bill Nye The Science Guy. He loved science, and he inspired a whole generation of kids to share that passion through his PBS show. Now, as champion for climate science, this film will spark dialogue across ideological lines."