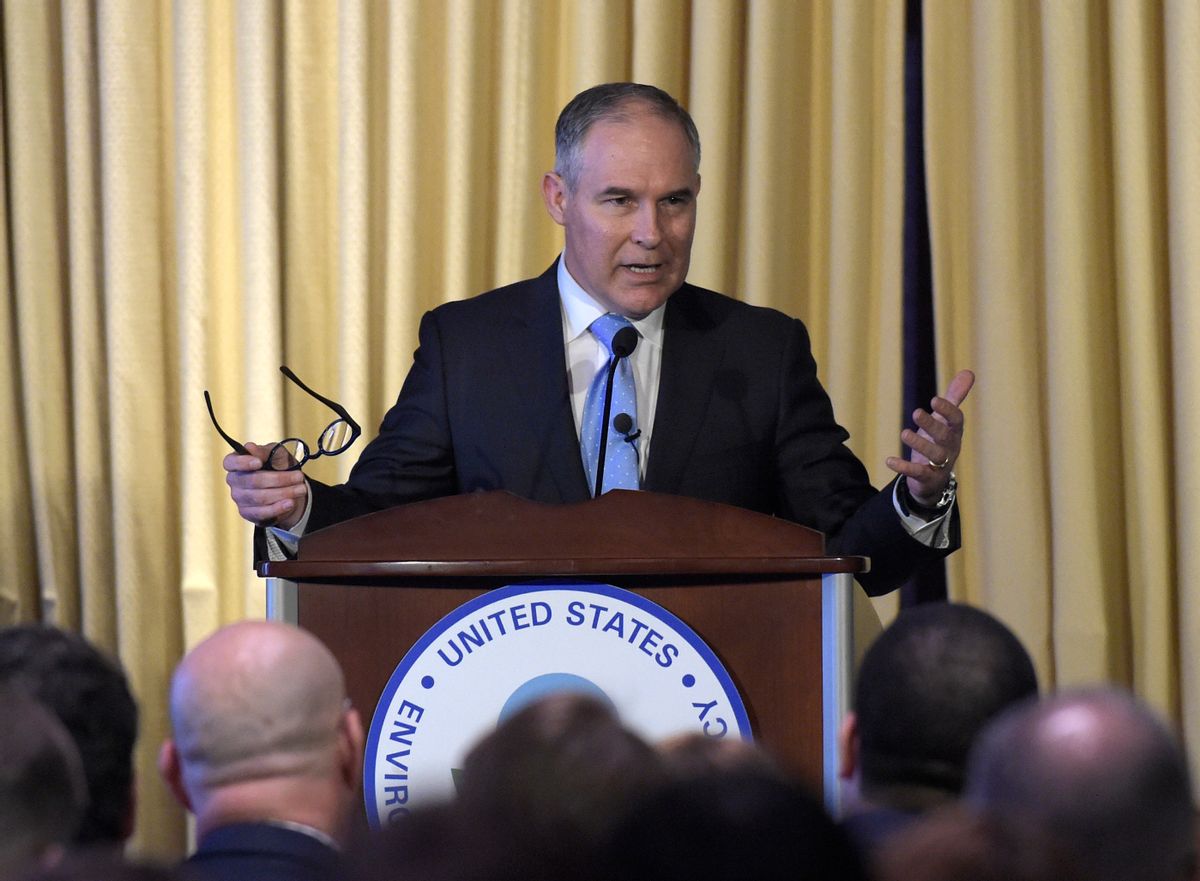 A new report sheds light on how the man who President Donald Trump appointed to be head of the Environmental Protection Agency — and who shares the president's unscientific views on man-made climate change — has a lot of connections to industries that have a vested interest in denying global warming.

More than 4,000 pages of emails from Pruitt's days as Oklahoma's attorney general reveal that the EPA administrator and his staff had dozens of meetings with coal, oil and gas executives and lobbyists, according to a report by the Associated Press.

One email from Pete Regan, executive director of the Domestic Energy Producers Alliance, urges Pruitt to meet an oil and gas lobbyist who he describes as "a gem of a dude. He serves on DEPA executive Comm w Harold Hamm. AG Pruitt was on multiple exec calls on 2015 giving updates re ‘sue and settle’, endangered species cases, etc. . . . Greg worked closely with Sen. Bob Dole and has great stories."

Many of the items on Pruitt's schedule were blacked out, which makes it more difficult for watchdog groups to ascertain the extent of his connections with the coal, oil and gas industries.

The emails were withheld from the public by Pruitt until a lawsuit by the liberal advocacy group Center for Media and Democracy convinced a judge to order their release.

Pruitt's proposed budget cuts to the EPA have been so drastic that even many of his fellow Republicans have criticized them. Rep. Rodney Frelinghuysen of New Jersey told Pruitt during a congressional hearing on Thursday that "we are home to a historical background that shows us to have more Superfund sites than any other in the nation. I know there has been a proposal here to reduce substantial funding for this program."

Similarly, Rep. David Joyce of Ohio asked, if Pruitt's proposed cuts to the Great Lakes Restoration Initiative go through, "How will these functions be maintained if the GLRI is eliminated?"

Rep. Michael Simpson of Idaho pointed out that, because farmers in his state are dealing with new pests due to global warming, cutting EPA funding "leads to less timely reviews. The president's budget will cut well below the minimum. The potato industry will not have access to the proper crop production tools."