Jeremy Corbyn will take the stage at the Glastonbury Festival

The British politician will introduce the Sanders-supporting rap group, Run The Jewels 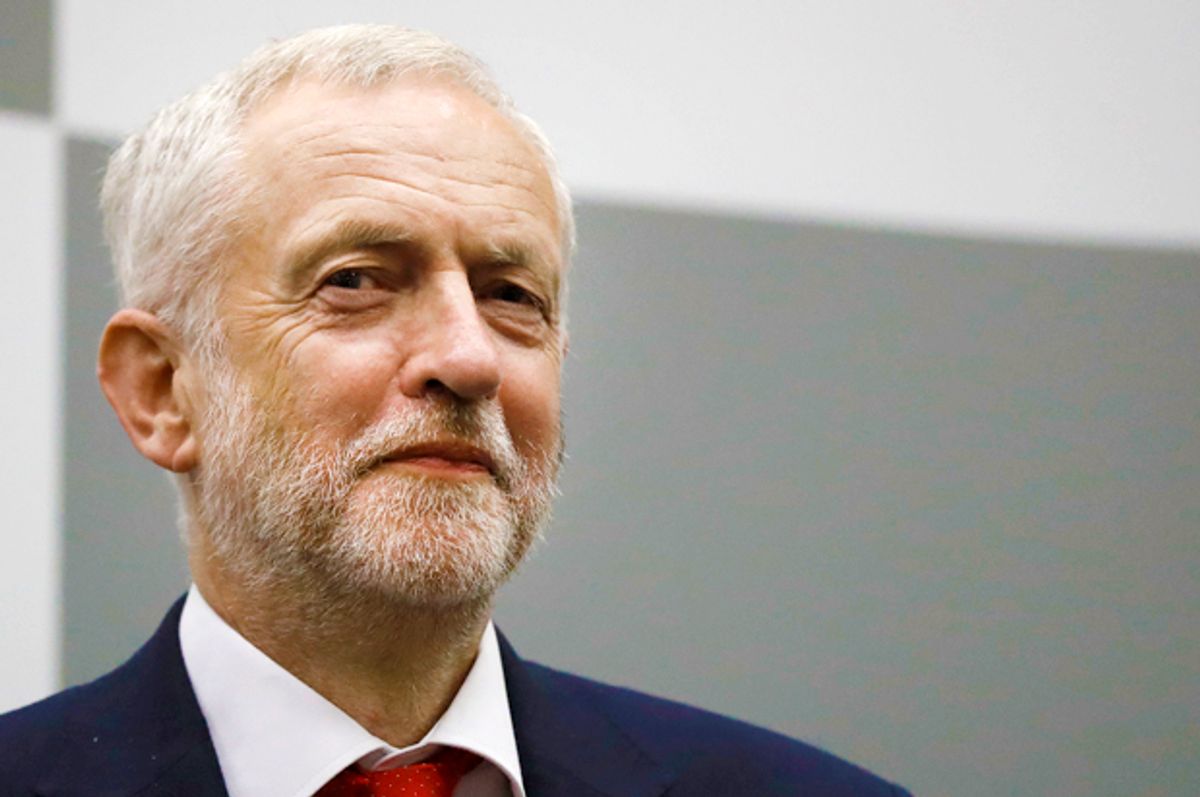 MP Jeremy Corbyn and Sen. Bernie Sanders have more in common than their left-wing ideologies. Thanks to the Glastonbury festival, Corbyn and Sanders will soon be united by their connection to the rap duo Run the Jewels.

Corbyn was tapped to introduce Run the Jewels on the Pyramid stage at Glastonbury festival 2017, according to a report by The Guardian. The group's MC Killer Mike is also a friend and supporter of Sanders, for whom he campaigned during the 2016 presidential election.

Festival founder Michael Eavis explained to The Guardian that "we’re Corbyn fans, that’s the thing. He’s got something new and precious, and people are excited about it. He really is the hero of the hour."

Eavis also mentioned that the issue that really sells him on Corbyn is his stance on nuclear weapons.

"He really believes in it, like I do," Eavis told The Guardian. "The UK’s nuclear weapons cost an absolute fortune, and make us a target. Why? For four boats? It’s ridiculous; it’s so absurd. Corbyn is on the same page with me on that one. He’s going to fight it out, I think."

Corbyn has also been associated with musicians including rappers Stormzy, Novelist and JME, indie rocker band Reverend and the Makers and hard rock bands Creeper and Architects.

The Glastonbury Festival is the U.K.'s premiere summer music event. Now in its 46th year, expectations that attendance will meet or surpass 2016's mark of 135,000 visitors. Politically, some observers report that audience skews hard left. The presence of politicians is by no means a new thing for the festival, but the on-stage appearance of someone as central to the current state of the British government as Corbyn now is appears to be a first.