Southern Baptists — once an overtly racist, pro-slavery group — declare war on white supremacy and the alt-right

After 172 years, anti-racists appear to be winning the battle for the soul of the Southern Baptist Convention 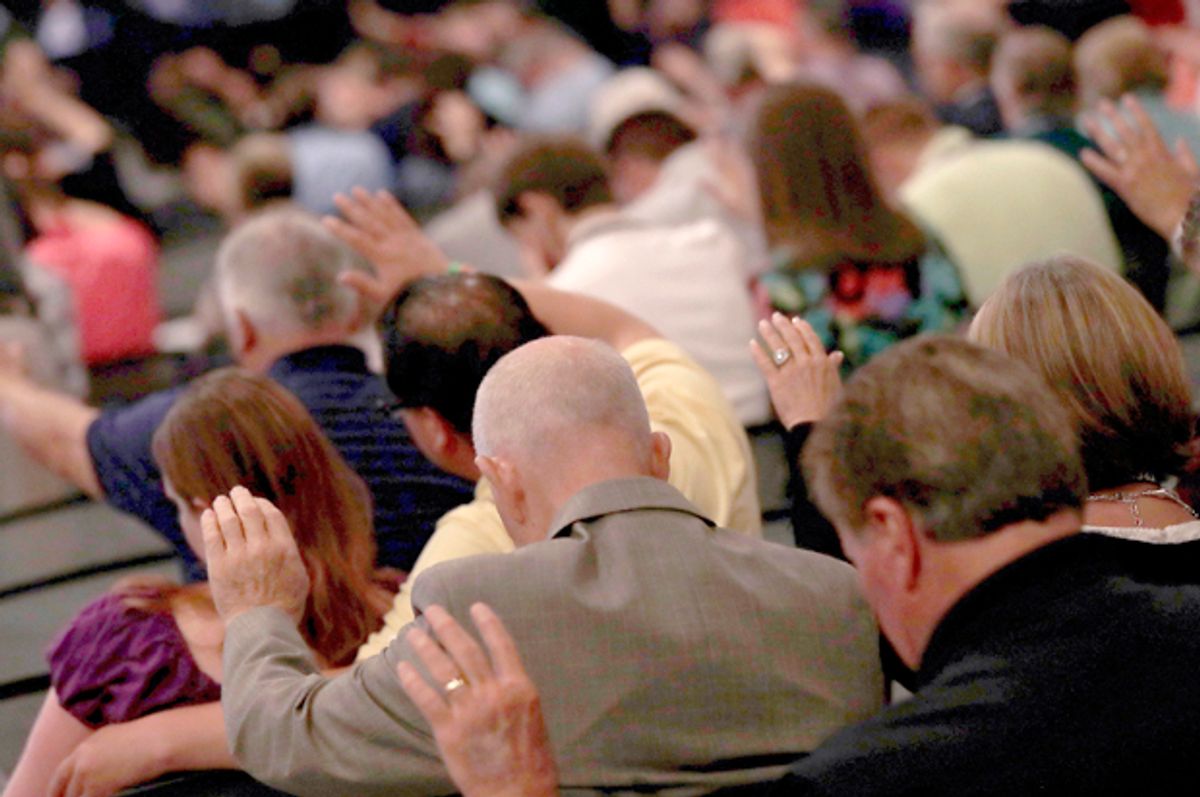 Like American politics, religion in this country is also in a state of flux. Perhaps nowhere is this more evident than with  the Southern Baptist Convention, which wrapped up its annual meeting this week in Phoenix with a nearly unanimous vote to condemn the racist political movement commonly referred to as the "alt-right."

Among other things, the resolution states that church representatives “denounce and repudiate white supremacy and every form of racial and ethnic hatred as a scheme of the devil intended to bring suffering and division to our society.”

The measure is the latest in a series of resolutions approved in recent years by Southern Baptists to repudiate their denomination’s heritage of racism. Founded in 1845 by pro-slavery Southerners, the church waited until 1995 to formally denounce its past defenses of human bondage. Since then, however, the Southern Baptist Convention has elected a black president and passed several anti-racist resolutions, including one last year urging members to refrain from flying the Confederate battle flag and a 2007 denunciation of the infamous Dred Scott decision 150 years after the Supreme Court ruled.

Trying to reorient America's largest Protestant denomination has not been an easy matter for anti-racist advocates. They have been helped along by necessity: There has been a major decline in religiosity among white Americans (who remain by far the largest demographic among Southern Baptists) and also an influx of immigrants from Spanish-speaking countries where Evangelical Christianity has flourished in recent years.

Faced with a very real struggle to maintain the Southern Baptists' membership and ministerial mission in a country that is extremely different from the segregationist South once defended by the likes of Jerry Falwell Sr., internal crusaders like Russell Moore, president of the denomination’s Ethics and Religious Liberty Center, have sought to remake the church into a place for people of all races.

Holdouts for the old ways have caused trouble for the reformers but generally speaking, it appears that Moore, a former staffer for a Democratic congressman and an advocate for granting citizenship to illegal immigrants, and his allies are winning more than they’re losing.

Wednesday’s motion to condemn the alt-right didn’t go completely smoothly either — for various reasons, according to several people who were at the Phoenix conference.

The near-unanimous vote in favor of condemning the racist movement was the product of several hours of work that began after the conference’s resolutions committee asked the assembled representatives of various local churches to vote on the measure without providing a copy of the text or offering an explanation of what the term "alt-right" described. In interviews with Salon, several Southern Baptists said that many people present had never even heard of the racist movement before. CNN’s Chris Moody reported this as well.

While this might seem unlikely to political obsessives who read multiple websites a day, most Americans appear to have little knowledge of the alt-right, despite the fact that former Democratic presidential nominee Hillary Clinton highlighted it during her 2016 presidential campaign. In a poll released in December by the Pew Research Center, 54 percent of the respondents said they had heard “nothing at all” about the extremist social group; 28 percent said they had heard “a little.”

The confusion caused by the committee’s failure to explain the motion set off a large group of younger preachers who teamed up with the resolution’s sponsor, a black Texas pastor named Dwight McKissic, to figure out a way through the parliamentary procedure.

“I don’t think they anticipated how white people would get upset about this and demand something be done,” McKissic told The Washington Post. “I’m encouraged and heartened by this. It was the white people who said, no we will not take this sitting down. We don’t want this association with the convention.”

After several abortive votes and confusion on the conference floor, the committee's chairman, Barrett Duke, apologized to the assembled delegates (officially known as "messengers") after the measure finally passed.

"We regret and apologize for the pain and the confusion that we created for you and a watching world when we decided not to report out a resolution on alt-right racism," he said. "Please know it wasn't because we don't share your abhorrence of racism and especially, particularly the vicious form of racism that has manifested itself in the alt-right movement. We do share your abhorrence."

Kyle Howard, a theology student and podcaster who attended the conference, faulted the committee's “lack of clarity.” He said he felt encouraged by how the situation was resolved, however. “The leadership could've absolutely done a better job of communicating. I do believe they failed there, which is why they asked for forgiveness,” he said in an interview with Salon.

Howard added that media reporting that the Southern Baptist Convention "supports white supremacy is bad reporting. Reporting that the SBC still has a stain of racism that it struggles deeply to clean is a rebuke that should be humbly received by the SBC, and actions should be taken to more effectively remove that stain.”

Ironically enough, the alt-right may have unintentionally helped the measure pass after a number of their activists swarmed onto the conference’s #SBC17 Twitter hashtag and began filling it up with racist statements that horrified Baptist delegates who had never heard of the movement.

“I was glad that the Alt-Right hijacked twitter,” a commenter on a popular Southern Baptist blog wrote on Thursday. “It showed they were real. It showed just how evil they really are. I think that might have made a lot of the difference in the decision of the resolution.”

The conflict between alt-right activists and more Evangelical leaders that emerged during the chaos over McKissic’s measure has been bubbling beneath the surface of conservative politics for the past several months. As the Southern Baptists have begun to move away from white identity politics and toward independence from the Republican Party, the alt-right has also been gaining strength among far-right Southern whites who have become disaffected with religion in general and the moderating trend among Southern Baptists in particular.

In an essay published in March titled “The Religious Right is being replaced with the Alt-Right. And that’s not a good thing,” anti-abortion activist Jonathon Van Maren argued that the decline of Christian belief among some white conservatives is giving rise to right-wing politics entirely devoid of any saving grace:

The alt-right — and we will examine this further in a moment — is now providing a very tempting ideology for many of the disenfranchised, an angry message of blood and soil that echoes elements of Christianity, like the primacy of family, while severing it from the love and compassion central to Christianity. . . .

All the old right-wing demons thus come creeping back: Racism, anti-Semitism, and a dangerous willingness to stoke the flames of hatred and division that consumed Europe within the realm of living memory.

In an email interview last November, Anglin told Salon that he didn’t think the alt-right would remain secular indefinitely.

“The areligiousness of the movement is presumably a temporary state,"  he wrote. "I don't personally think this is sustainable in the long-term.”

Anglin added, “The reason it is presently areligious is that the boomers pretty well sucked all of the remaining life out of Christianity, and resurrecting some form of it, or actually creating some kind of new religion, is something that no one has gotten to yet, given that all of this happening is so recent.”