Following the congressional baseball shooting, the rocker will reform his ways, but why not after Giffords? 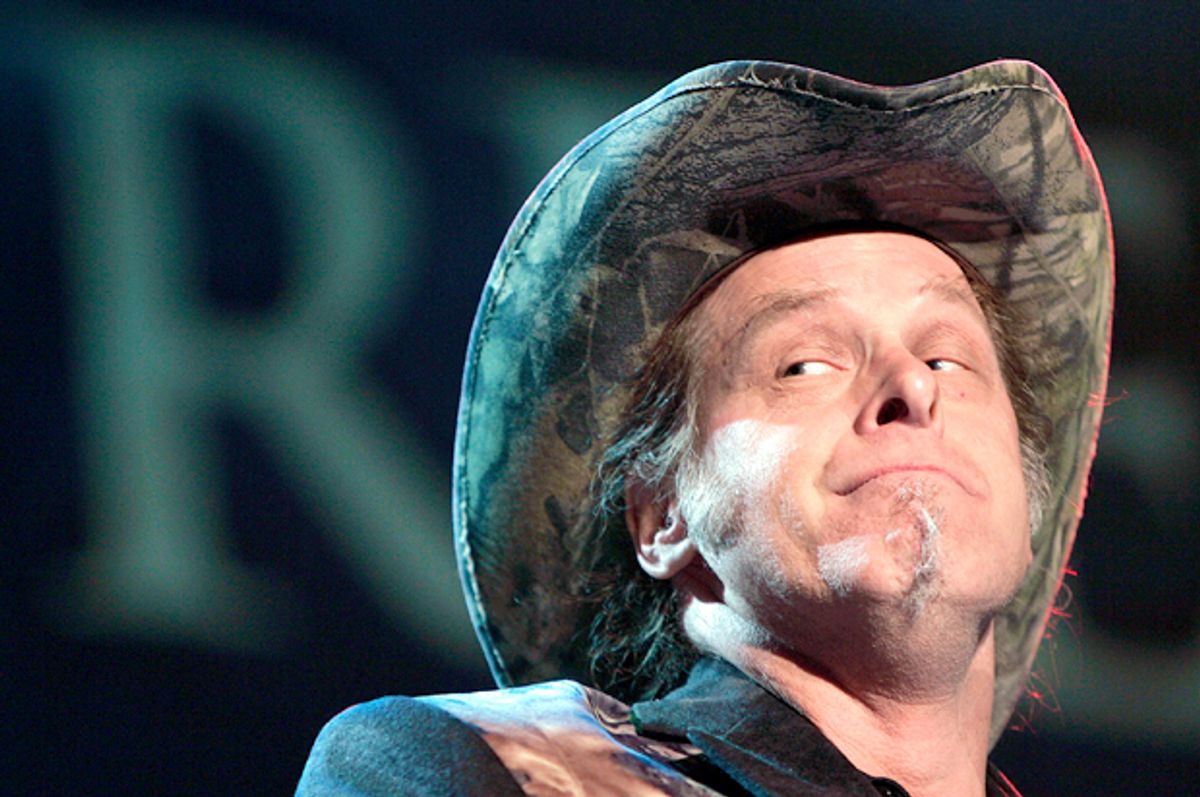 During an appearance on the WABC Radio Show "Curtis & Eboni," Nugent said that "my wife has convinced me that I just can’t use those harsh terms. I cannot, and I will not, and I encourage even my friends-slash-enemies on the left in the Democrat and liberal world that we have got to be civil to each other."

Nugent made these remarks in the aftermath of Wednesday's shooting at a congressional baseball practice in Alexandria, Virginia. Rep. Steve Scalise of Louisiana, a Republican, became the 17th member of Congress to be shot while in office.

After adding that "if it gets fiery, if it gets hateful, I'm going away," Nugent argued that this didn't mean he wouldn't continue being "feisty." His point, rather, was that "I’ve got to get my psyche in tune [so] that I can still hold the ground — and I can be feisty, I can be fiery, I can be passionate. But I will avoid anything that can be interpreted as condoning or referencing violence."

This was all commendable, yet Nugent also claimed that he had "never referenced violence; I’ve said some smart-ass stuff in the past."

This claim stands in stark contrast to past past comments such as "we need to ride into that battlefield and chop their heads off in November" (about President Barack Obama's administration) and "If Barack Obama becomes the next president in November, again, I will either be dead or in jail by this time next year" and that Clinton and Obama "should be tried for treason & hung" and that Obama should "suck on my machine gun."

Nugent also once defended Second Amendment rights by arguing to Piers Morgan on CNN that the man who tried to assassinate Rep. Gabby Giffords, a Democrat from Arizona, was simply some "guy had gone through the cracks of the mental health system."

None of this diminishes Nugent's commendable openness toward self improvement in the wake of this week's tragedy. Nonetheless, it's a shame the near-death of a Democratic politician in 2011 wasn't enough to do the trick.