Some immature or ineffectual, others fabulists, 1 narcissist, another downright malevolent but all dads to the core 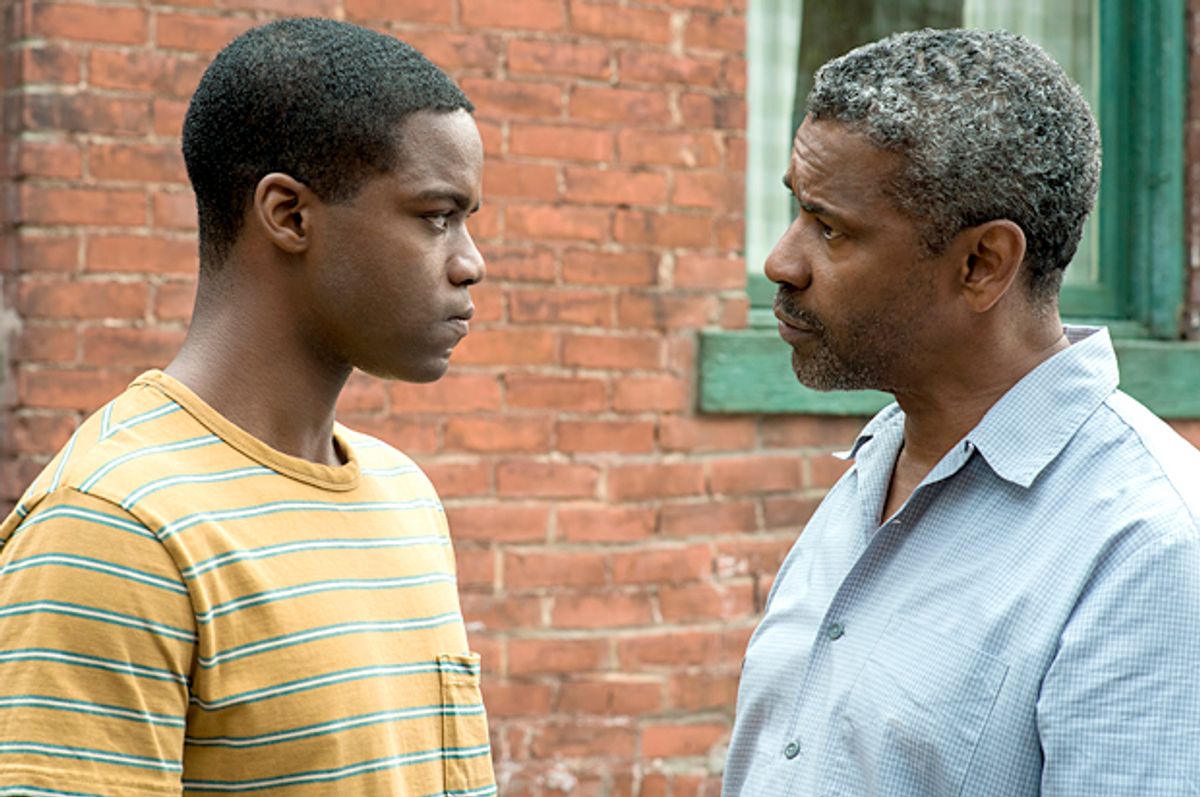 Films about fathers and sons are most likely to make me cry. A decade ago I had what can best be described as a complete breakdown at the Telluride Film Festival during and after a screening of the film “When Did You Last See Your Father.” The film, based on Blake Morrison’s memoir, concerns a writer (Colin Firth), who tries to reconnect with his dying dad (Jim Broadbent). The father and son in the film have had a difficult, complicated relationship that was nothing remotely like the loving one I had with my dad. But Broadbent resembled my late father just enough, and I am a writer, so this film pushed all of my emotional buttons.

The film so completely wrecked me that as I was sobbing in the parking lot afterward, strangers came up to me expressing their concern that something terrible had happened. I don’t think “When Did You Last See Your Father” is a particularly good film, though the performances are solid; it is just my cinematic Kryptonite.

While folks might think the ultimate bad father-son movie is the “Star Wars” trilogy, I prefer dads who are tough but who try to be tender toward their children. In honor of Father’s Day, here are 10 memorable fathers on film.

Tom Garrison (Melvyn Douglas in an Oscar-nominated performance) is an irascible 80-year-old father to his dutiful son Gene (Gene Hackman, also Oscar-nominated). Tom can’t talk to his son without criticizing him or giving him direction. And Gene, who is fed up with being treated like a child, feels guilty if he stands up to dad. “I hate him. And I hate to hate him,” Gene confides.

Yes, the ties that bind sometimes strangle as widower Gene puts off moving to California to be with Peggy (Elizabeth Hubbard) because his mother dies, leaving Tom alone. Gene wants to — needs to — love his father. He doesn’t want his dad to be a stranger to him, like Tom’s father was to him. But the old man does not make loving him easy. “I Never Sang for My Father” is a squirm-inducing film, but that’s what makes this adaption of Robert Anderson’s play so good.

Richard Linklater’s astonishing coming-of-age drama, filmed over a 12-year period, has Mason Jr. (Ellar Coltrane) slowly learning to bond with his divorced dad (Ethan Hawke) through various heart-to-heart chats. As Mason experiences the heartbreaks of adolescence (learning that his father sold the Pontiac GTO sports car he had hoped to inherit, his first breakup), the dad helps the son forge a path that allows him to face the world and meet life’s challenges head-on. As the son grows up, the dad does, too.

Robert Duvall stars as the title character, Lieutenant Colonel “Bull” Meechum in the Marines, who is a stern taskmaster when it comes to his family. He is especially tough on his eldest son Ben (Michael O’Keefe), a high school basketball star. After Ben beats him in a one-on-one game — the first time anyone in the family beats Bill in a game — Bull wants to cheat his son out of his victory. Moreover, Bull goads Ben with the basketball, hitting him in the head over and over and over again. The character of Bull was based on the father of the novel’s author Pat Conroy. And Duvall, who was nominated for an Oscar (as was O’Keefe), gives an unforgettable performance.

This Oscar-winning adaptation of Avery Corman’s novel has Ted (Dustin Hoffman) forced to be mother and father to his young son Billy (Justin Henry) when his wife Joanna (Meryl Streep) leaves him. While Billy is resentful and reluctant to bond with his father, a series of improvements in his parenting skills (from Ted no longer burning meals to his caring for Billy after a playground accident) help the father and the son bond. This is why things become worse when a weepy Joanna returns after more than a year and initiates an ugly custody battle for Billy. “Kramer vs. Kramer” pulls at the heartstrings to show a father’s love for his son, but it does so with class.

Denzel Washington directed this rousing film version of August Wilson’s play, and he gives an indelible performance as Troy Maxson, a working-class man in 1950s Pittsburgh. As Troy recounts a story about his abusive father, it is clear how Troy became such a flawed and obstinate dad. He demands respect for caring for his family, but his gruff demeanor prompts his son Cory (Jovan Adepo) to ask, “How come you ain’t never liked me?” Which generates from Troy the response “What is there saying I got to like you?” Washington is remarkable in the Oscar-nominated role — he won a Tony playing Troy onstage — and a quiet moment that Troy has on the back porch is simply devastating.

Tim Burton’s fantastic film has William Bloom (Billy Crudup) ceasing communication with his father Edward (Albert Finney) when the latter’s storytelling disrupts the former’s wedding. Years later Edward is dying and William now feels he must reconnect with his father and make peace with him. Will also wants an answer to a nagging question: Did Dad ever tell the truth? The film’s inventive visuals and inspired stories, along with the performances by Finney and Ewan McGregor as the young Edward, compensate for some of the mawkish moments. But “Big Fish” casts a spell that may just jerk tears.

The father figure in “This Boy’s Life” is really a stepfather, Dwight (Robert DeNiro), who meets and eventually marries Caroline (Ellen Barkin) in 1957 Concrete, Washington. Caroline’s son Toby (Leonardo DiCaprio) is repeatedly abused by the monstrous Dwight, who threatens that he will “kill or cure” the boy to straighten him out. Their fights, both verbal and physical are difficult to watch, but they only make Toby’s efforts to escape that much more gratifying to see. DeNiro and DiCaprio are both excellent in this intense adaptation of Tobias Wolff’s memoir.

This Oscar-winning animated film has Marlin (Albert Brooks), a clown fish, worried about and overprotective of his only son, Nemo (Alexander Gould). When Nemo is caught by a diver and placed in a dentist’s fish tank, Marlin searches for him, aided by the forgetful Dory (Ellen DeGeneres). As father and son struggle to reunite (Nemo gets into trouble trying to escape from the tank; Marlin encounters a life-threatening adventure in the Great Barrier Reef), they develop a deep love, trust  and understanding for each other because they have been apart. “Finding Nemo” may be about father-son growing pains, but it is a truly feel-good film.

In Noah Baumbach’s semiautobiographical film, Bernard (Jeff Daniels) and Joan (Laura Linney) split up. Their sons Walt (Jesse Eisenberg) and Frank (Owen Kline) also split: Walt goes to live with his dad, while Frank stays with Joan. A pompous writer and professor, Bernard has contempt for pretty much everyone, especially philistines, and he poisons his kids’ minds with theories about everything from literature to relationships. He claims to love his sons, but Bernard, a supreme narcissist, really seems to love himself most. As he tries to control his children, they rebel in peculiar ways.

Not all dads are bad. Sometimes, it’s the son who’s evil. In this classic horror film, Robert Thorn (Gregory Peck) secretly adopts Damien (Harvey Stephens) after he is told that his wife gave birth to a stillborn child. Years later strange and deadly things start to happen. Thorn is approached by Father Brennan (Patrick Troughton), a seemingly unhinged priest (who secretly wants redemption). He tells Robert that his son is really the son of the Devil. Can Robert, who refuses to kill a child, stop Damien, the Antichrist? “The Omen” may seem campy and dated now, but at the time this battle between father and son was killer.