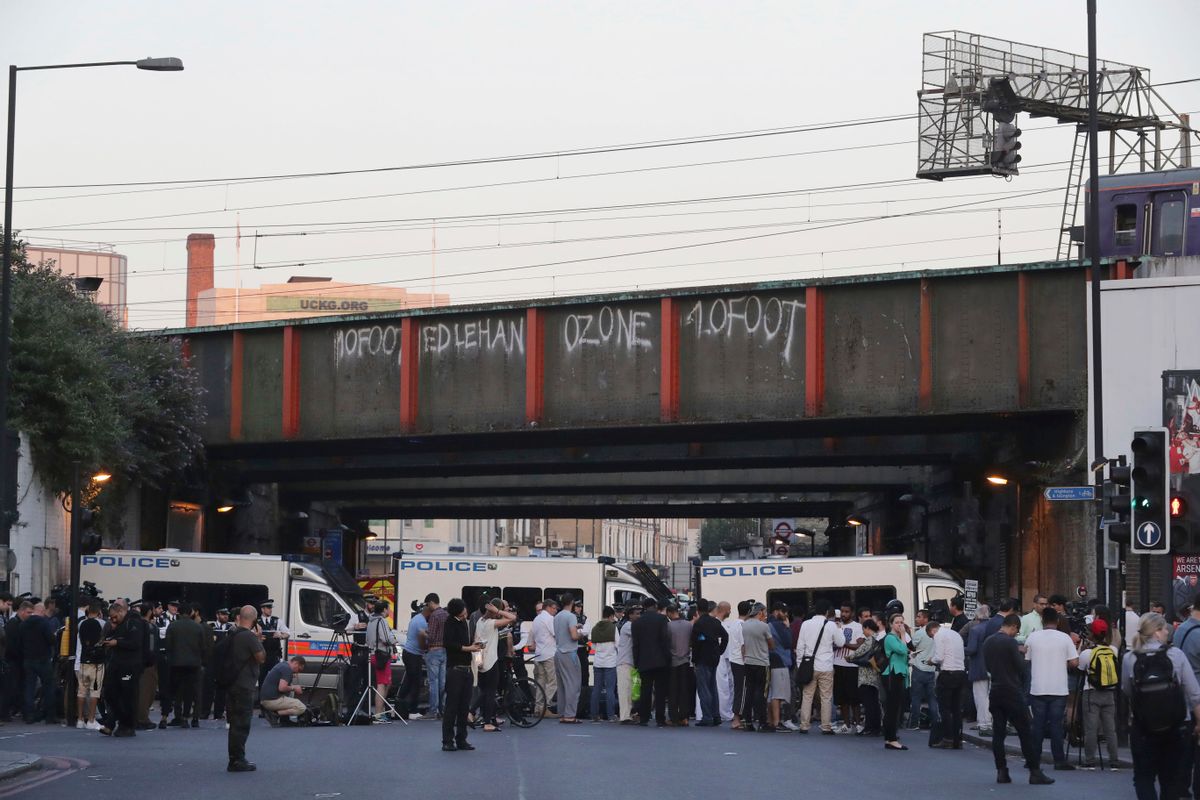 A 48-year-old man was arrested for driving a van into a crowd of people leaving a London mosque early Monday morning. One man was killed immediately, the New York Times reported, two received minor injuries, and eight were taken to a trio of nearby hospitals.

The attack occurred shortly after midnight near a mosque and community center, in the Finsbury Park area of London, known as the Muslim Welfare House. The man driving the van tried to flee after plowing it into the crowd but was stopped from doing so by witnesses who were nearby during the incident.

Mayor Sadiq Khan denounced what he described as an apparent "attack on a particular community" while comparing it to other recent English terrorist attacks as "an assault on all our shared values of tolerance, freedom and respect."

Police have determined that all of the victims of the attack were Muslim, according to a report by the BBC. One eyewitness says the man said he wanted to "kill all Muslims."

Prime Minister Theresa May unequivocally denounced the attack, saying that "hatred and evil of this kind will never succeed." She also argued that "there has been far too much tolerance of extremism over many years" and said that the incident at Finsbury Park "is a reminder that terrorism, extremism and hatred take many forms; and our determination to tackle them must be the same whoever is responsible."

No comment on the terrorist attack on the mosque has yet been issued from President Donald Trump's accounts on Twitter.