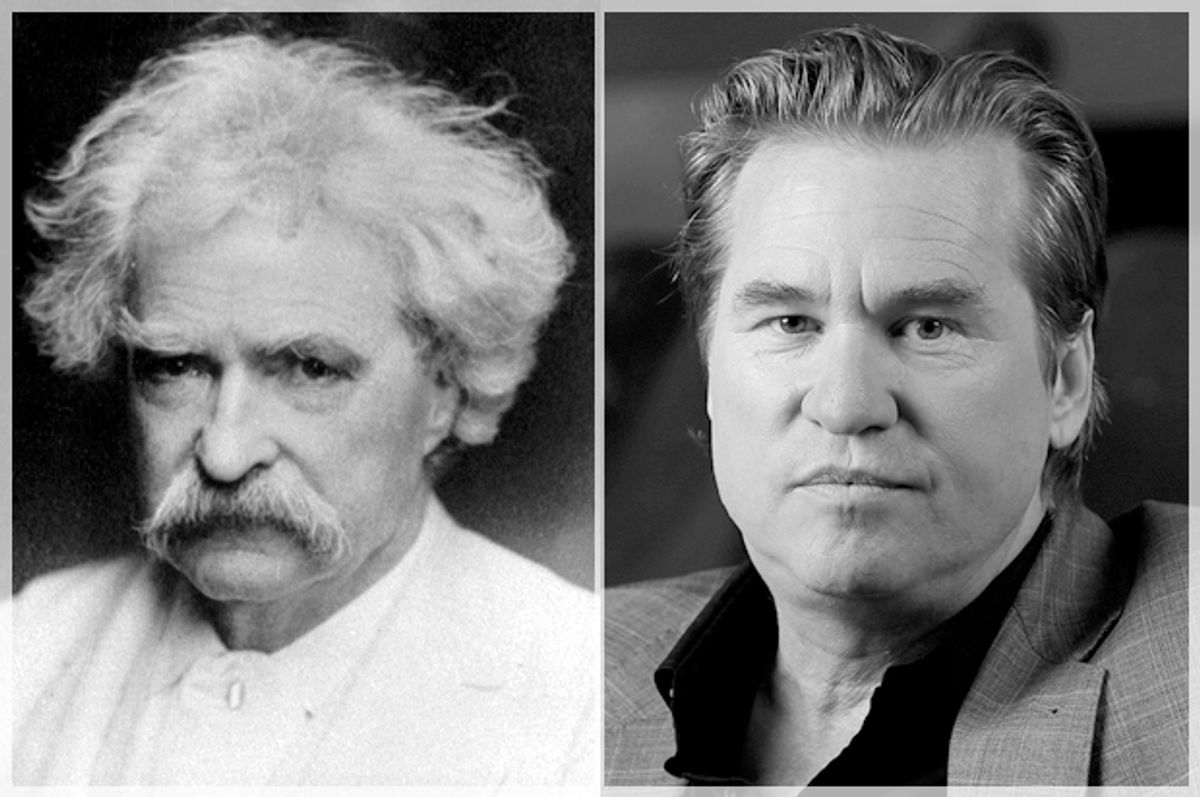 Have you ever seen a movie so good that it makes you want to see another one just like it?

That was my reaction to "Cinema Twain," a 90-minute film for which Val Kilmer served the director, writer and star. As he later explained during a Q&A session with audience members at Arts Quest in Bethlehem, Pennsylvania, this was a passion project of his stretching back to the beginning of last decade. He was particularly fascinated by Mark Twain's fierce criticism of Christian Science founder Mary Baker Eddy, and during the event he commented that he has long wanted to make a movie that focuses on their relationship.

Considering that Kilmer is a Christian Scientist himself, one might assume that he would be unsympathetic to Twain. But Kilmer's cinematic depiction of his one-man play is a hilarious, humanizing portrait of one of America's greatest authors, showing him reviewing the events of his life in a fashion that seamlessly merges Twain's best writing with Kilmer's modern sensibilities.

When I asked Kilmer how much of the dialogue had been Twain versus Kilmer's own, he ballparked the mix at about 90 percent Twain. Although I consider myself to be a Twain aficionado and caught many references to Twain's autobiographical and political essays throughout the play, even I was surprised at just how much of Twain's century-old prose had been revived so effectively by Kilmer that it seemed as if it could have just as easily been written today.

And the audience lapped it up.

As a regular moviegoer, I can't think of any screening in recent memory when the people around me seemed to enjoy themselves as much as they did there. When I go to cineplexes these days, swollen as they are with superheroes and punching robots and other overwrought blockbuster fare, I far more often than not witness audience members leaving the theater more numb than anything else. Throughout Kilmer's film, though, laughter was a constant, so much so that a few times I had trouble hearing the film despite my front-row seat. After it was over, more than a few people began searching for tidbits about Twain on their cellphones.

This wasn't just a pretentious one-man play or hollow vanity project. It was a full-blooded movie, constrained only by the fact that Kilmer was limited to a stage and a monologue.

I'd like to see an actual feature-length, traditionally Hollywood movie, something that Kilmer has apparently been trying to make for several years now. It may be unwise for him to focus as much on the Twain-Eddy relationship as he did during the one-man play, since the crowd I was with seemed to emotionally connect far more with Twain's tragic past as a riverboat pilot than with the bits about his allegedly slandering Eddy. Then again perhaps Kilmer is on to something in his perception of the Twain-Eddy feud that would be compelling as a narrative even if it's the least effective part of this filmed one-man play.

If nothing else, though, I can say that it was refreshing to see a lively and intelligent performance from an auteur that made a classic author's work seem vibrant and real and present, if only for an hour and a half. In an era when movies seem to be churned out by committees rather than made by real human beings, that alone was worth the price of admission.