Speaker Paul Ryan has a Democratic challenger for 2018 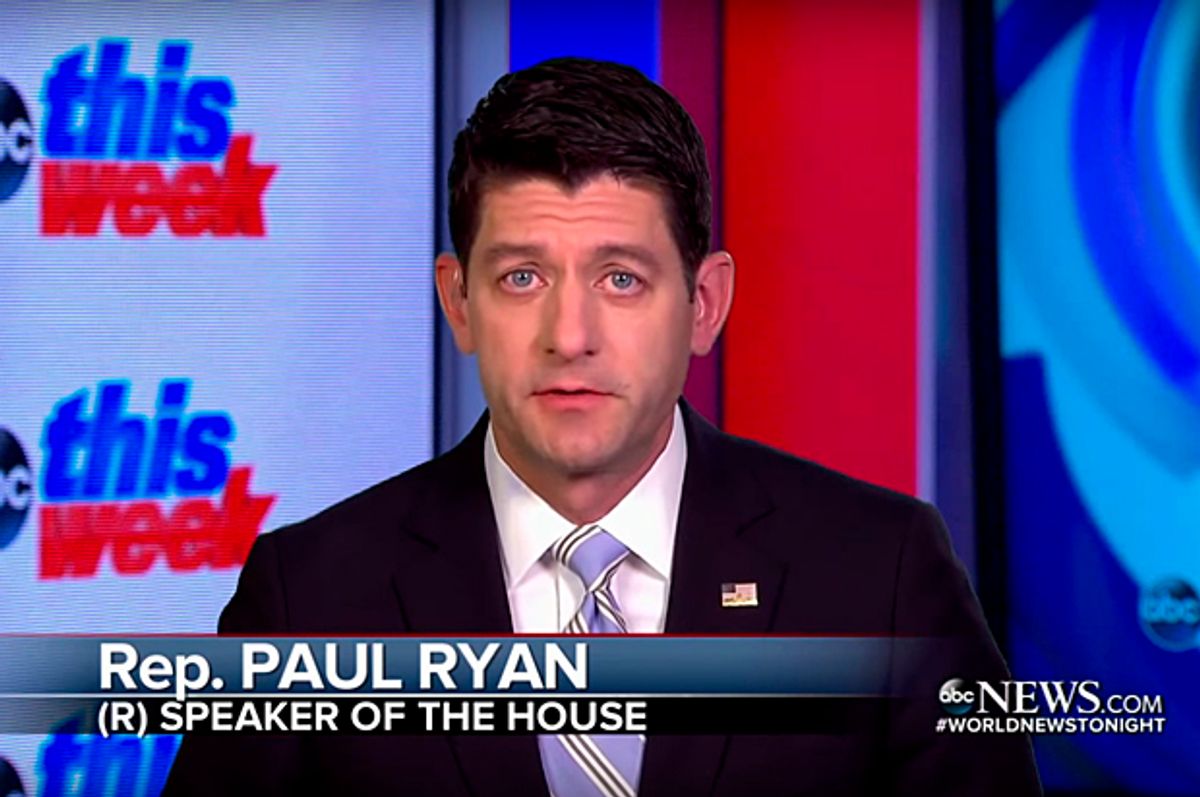 Although House Speaker Paul Ryan's biggest potential political threat has always come from his right flank, there is at least one progressive Democrat eager to challenge him in 2018.

"Every American deserves a good-paying job, health care security, and the ability to have hard work pay off," Randy Bryce said in a statement reported by the Milwaukee Journal Sentinel. The Army veteran and union leader has also released a commercial that is quite compelling.

After highlighting the connections between Ryan and the president, Bryce shows his mother discussing how she would struggle to pay for her multiple sclerosis medication if the Affordable Care Act were repealed.

"There's no doubt in my mind that there are thousands of people like her that don't have what she has," Bryce says. "The system is extremely flawed. I work every day so that me and my son have insurance."

Bryce details his career as an iron worker, his sense of solidarity with his co-workers and his deep roots in southeastern Wisconsin.

He adds, "I decided to run for office because not everybody's seated at the table and it's time to make a bigger table."

The empathetic message Bryce weaves throughout his ad — that people are supposed to "look out for each other" — directly contradicts Ryan's own political values. In addition to his affinity for the work of Objectivist philosopher Ayn Rand, Ryan has bragged that he dreamed of cutting Medicaid benefits since the days when he was "drinking at a keg."