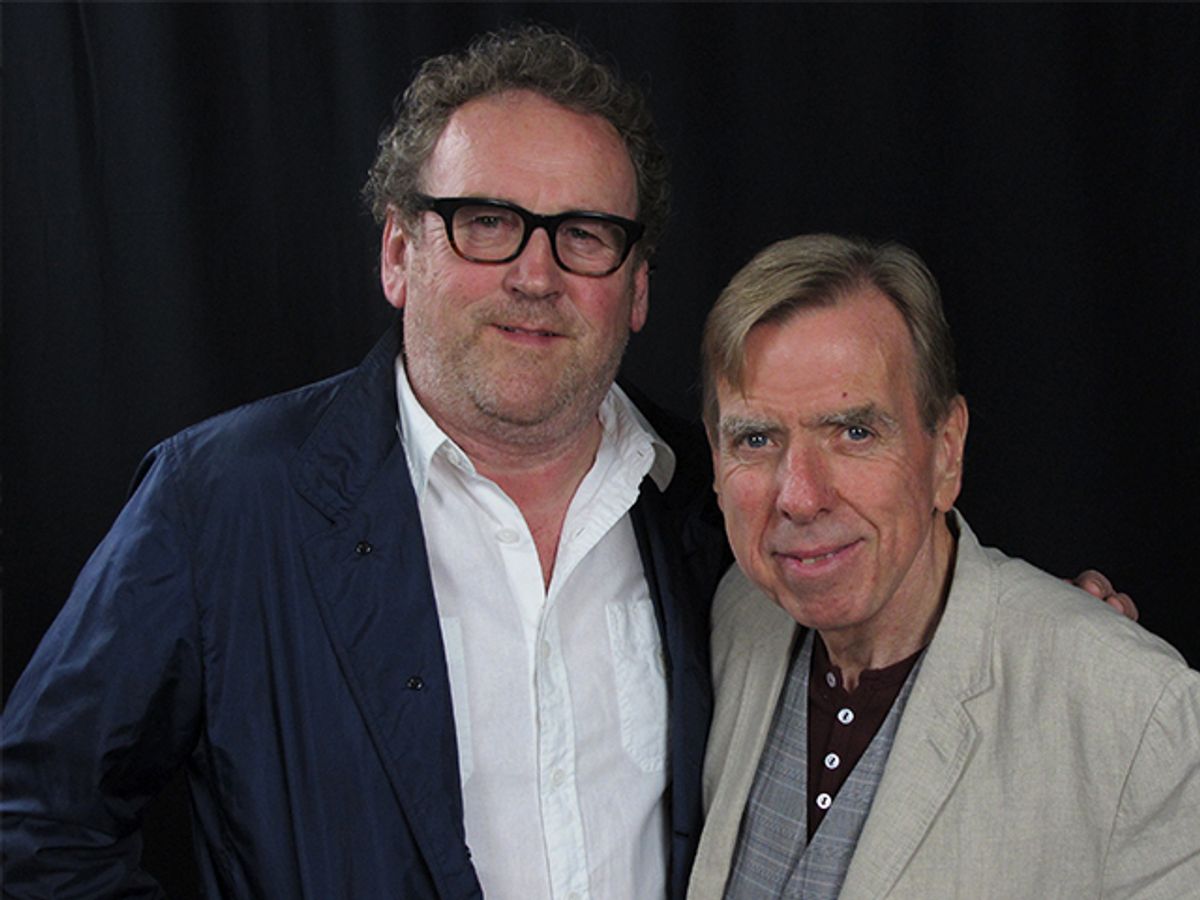 At a moment in world history when politics seem impossibly hostile and divisive, it's hard to believe that opposing leaders could ever find common ground. Yet director Nick Hamm's entertaining new film "The Journey" offers just such a hopeful message — and one with a real-life inspiration. Based on the events prior to the 2007 St. Andrews agreement for Northern Ireland, the film stars acclaimed actors Timothy Spall and Colm Meaney as Loyalist politician Ian Paisley and Sinn Fein's Martin McGuinness. Though the two never conversed before diplomatic negotiations forced them to, they eventually became close enough friends to earn the nickname the "Chuckle Brothers." On a recent episode of “Salon Talks,” Hamm, Spall and Meaney shared how getting inside these characters helped them better understand the men who helped shape modern Northern Ireland.

Did making this film alter Meany's view of modern history?

I would have been politically in agreement mostly with Martin McGuinness. It didn't change my feelings or my views necessarily. There's a moment in the film that I constantly remind Tim about where his performance is so amazing as Paisley that he actually kind of informed me. He enlightened me. Through playing the scene with Tim, I got a glimpse of where Ian Paisley came from. I never understood Ian Paisley before. He was a very extreme evangelical preacher. . . .  That was a moment of revelation for me.

Spall describes his challenge in trying to capture Paisley's character

It was a remarkable journey of trying to find out where he was coming from. . . . My prejudice against him disappeared. . .  . If in doubt about a serious, vile, vicious problem, always think about humanity. This film is a thing that connects and its main center is a shared humanity that gets through this impasse.

This is a simple story about two politicians reaching beyond their base. . . . Even though our movie is fictional, what they did is real. They stopped people killing each other.

Catch more of their conversation on Salon about what they learned in creating this political drama.