Ben Sasse is an anti-Trumper, and that's causing some beef in the Midwest 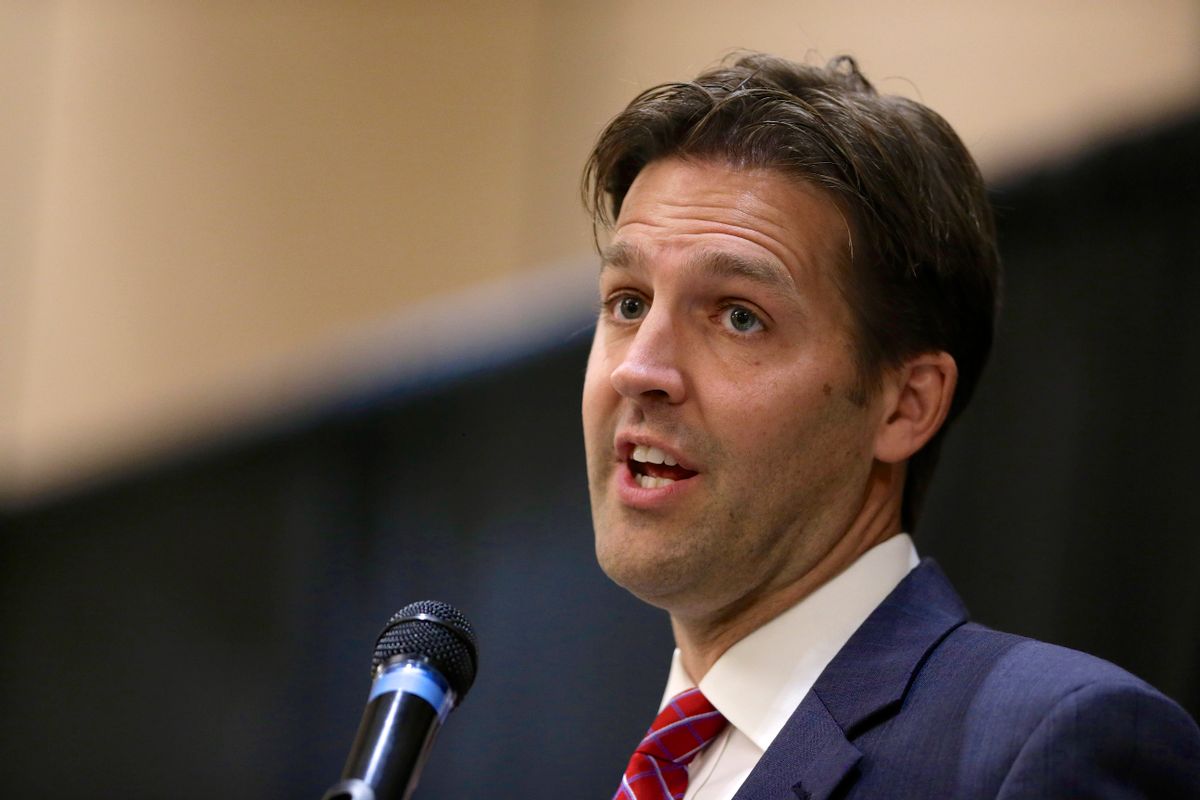 President Donald Trump may be fighting for his political life amidst the ongoing Russia scandal, but there is at least one powerful Republican official whose words likely comforted the beleaguered commander-in-chief: Iowa's Republican Chairman Jeff Kaufmann.

While introducing the president prior to his campaign rally speech in Cedar Rapids, Kaufmann denounced the Republicans who had led the Never Trump movement during the 2016 presidential election, directing particular ire against Nebraska Sen. Ben Sasse.

"We had Sen. Ben Sasse from Nebraska, he crosses the Missouri River, and in that sanctimonious tone talks about what he doesn’t like about Donald Trump," Kaufmann told the audience. "You know what, Sen. Sasse? I really don’t care what you like. We love Donald Trump. And if you don’t love him, I suggest you stay on your side of the Missouri River."

During an interview with reporters after the Trump event, Kaufmann elaborated that he viewed Sasse as "an arrogant academic."

"He’s sanctimonious. His statements are geared toward what can help him. He’s arrogant. And he’s not a team player, when in reality the only reason he’s got any clout at all in the Senate is because the Republican Party has the majority," Kaufmann proclaimed.

He added, for emphasis, "The most important thing to Ben Sasse is Ben Sasse."

In a Facebook post in February 2016, Sasse laid out in detail his reasons for opposing Trump's nomination and refusing to vote for him if he won the Republican nomination. He argued that Trump was not a true conservative and did not truly embrace constitutional values.

"Conservatives understand that all men are created equal and made in the image of God, but also that government must be limited so that fallen men do not wield too much power," Sasse wrote. "A presidential candidate who boasts about what he'll do during his 'reign' and refuses to condemn the KKK cannot lead a conservative movement in America."