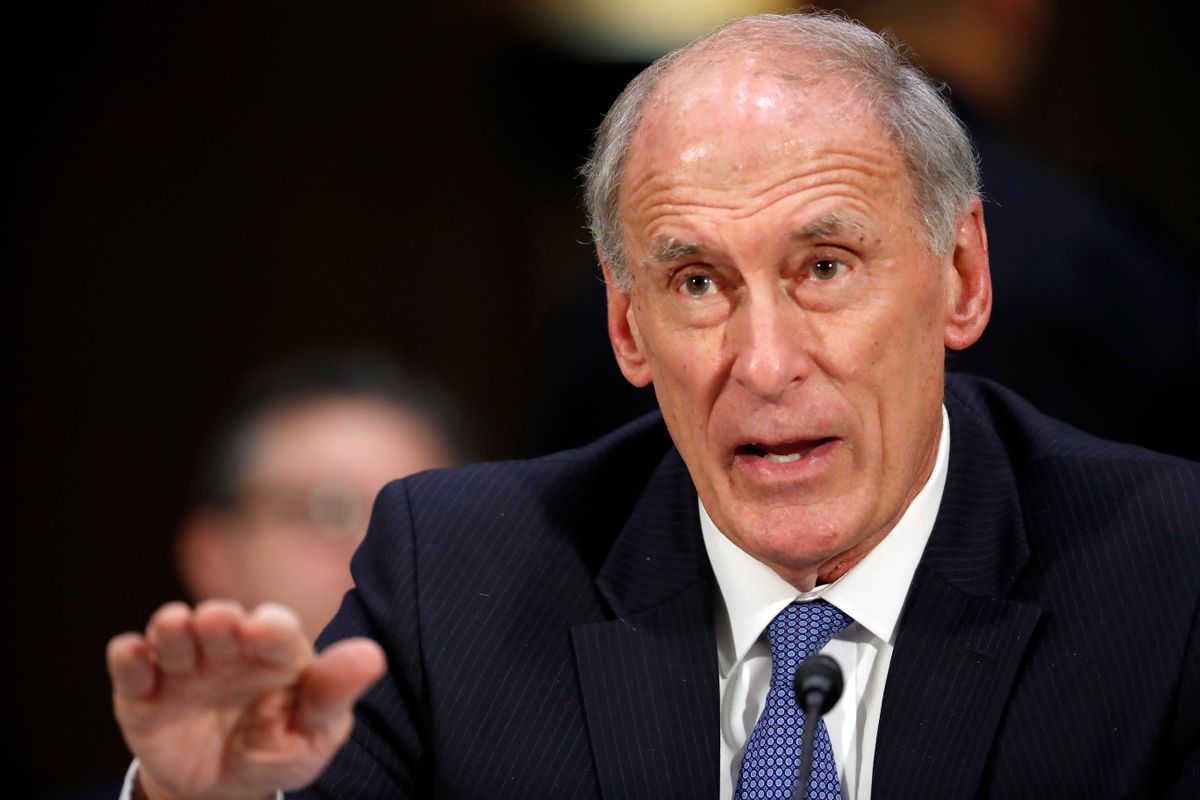 During separate meetings last week with Senate investigators and the team of Special Counsel Robert Mueller, President Donald Trump's two top intelligence officials admitted that their commander-in-chief had asked them to publicly refute claims that his campaign had colluded with the Russian government.

Director of National Intelligence Dan Coats and National Security Agency Director Adm. Mike Rogers both said that they were uncomfortable by their conversations with Trump but did not feel they rose to the level of interference, according to a report by CNN. Multiple sources told the site that Coats and Rogers provided more details in private than they did in their public testimony on June 7. Specifically, they are reported to have told Mueller's team that they were caught off-guard by Trump's request that they publicly state he had not colluded with the Russian government.

Neither of them acted according to his request.

In similar news, President Barack Obama's Homeland Security Secretary Jeh Johnson told House Intelligence Committee Chairman Rep. Adam Schiff of California that he did not believe former FBI Director James Comey would have opened an investigation into the Trump campaign based on a mere hunch.

Johnson also defended the Obama administration's decision not to inform the public of everything it knew about alleged hacking by the Russian government prior to the election. He felt that such a move may have been "unforgivable," especially considering that one of the candidates was already claiming the election might be rigged (he did not mention Trump by name).

"A statement might be seen as challenging the integrity of the process itself," Johnson argued.