On CNN, Kellyanne Conway refused to elaborate on what the president is doing to prevent Russian election meddling 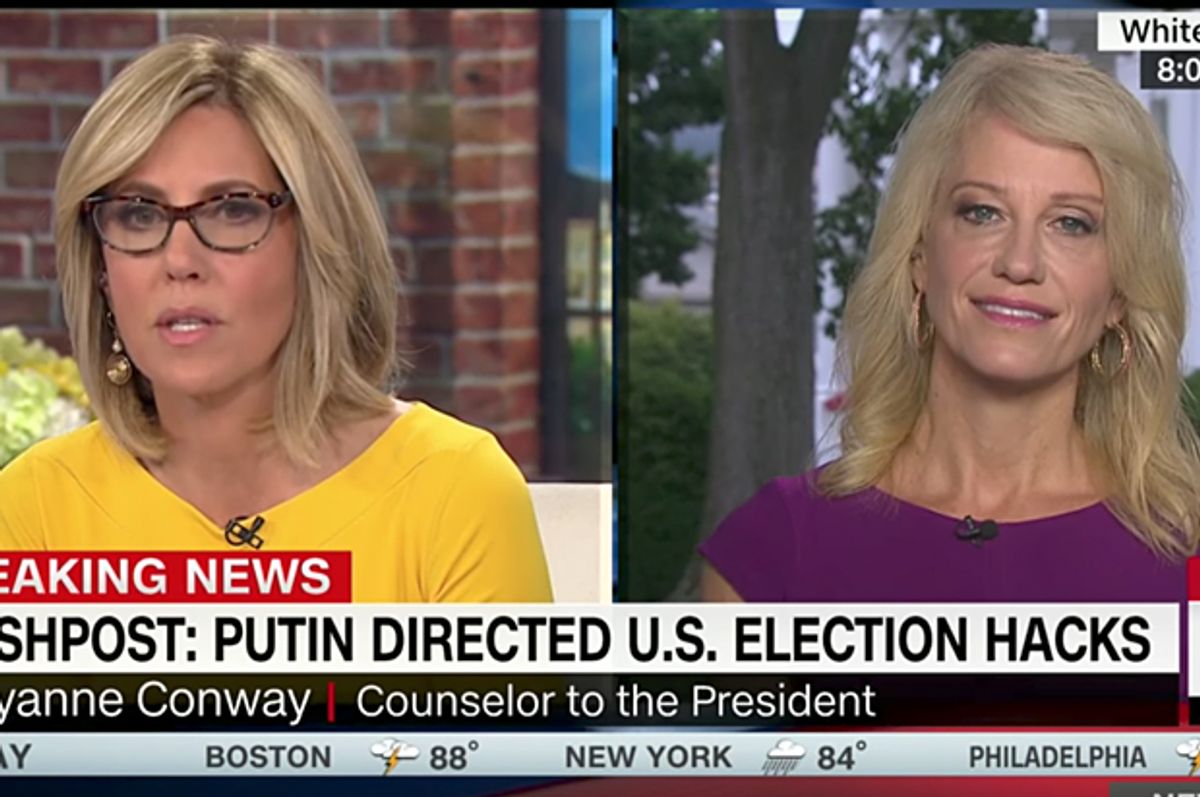 President Donald Trump's White House counselor, Kellyanne Conway, was notably evasive during a CNN interview in which she was asked tough questions about the president's reaction to Russia's alleged election meddling.

When first asked by CNN's Alisyn Camerota what the president would do about Russia, Conway insisted that "the president has said previously, and he stands by that particularly as president-elect, that he would be concerned about anybody interfering in our democracy."

She then tried to conflate criticism of Trump during the election with Russia's meddling by adding, "We saw a lot of people interfering with our democracy by saying he couldn't win here at home."

After Camerota repeated the question, Conway said "Well this report is new and we'll discuss it with him later. But he's been very clear, on the record, that he believes in any type of numbers and measures to make sure that democracy flourishes and that our voter integrity is intact."

Camerota then started pressing Conway on the subject, noting that she had not answered her question about what the president was planning on doing to prevent future Russian interference.

"Alisyn, I realize that we just like to say the word 'Russia, Russia' to mislead the voters," Conway shot back. "and I know that CNN is aiding and abetting this nonsense as well."

"You're not answering": The 7 times Kellyanne Conway avoids questions about what Trump is doing about Russian interference in US elections pic.twitter.com/0RZSOCQzOm