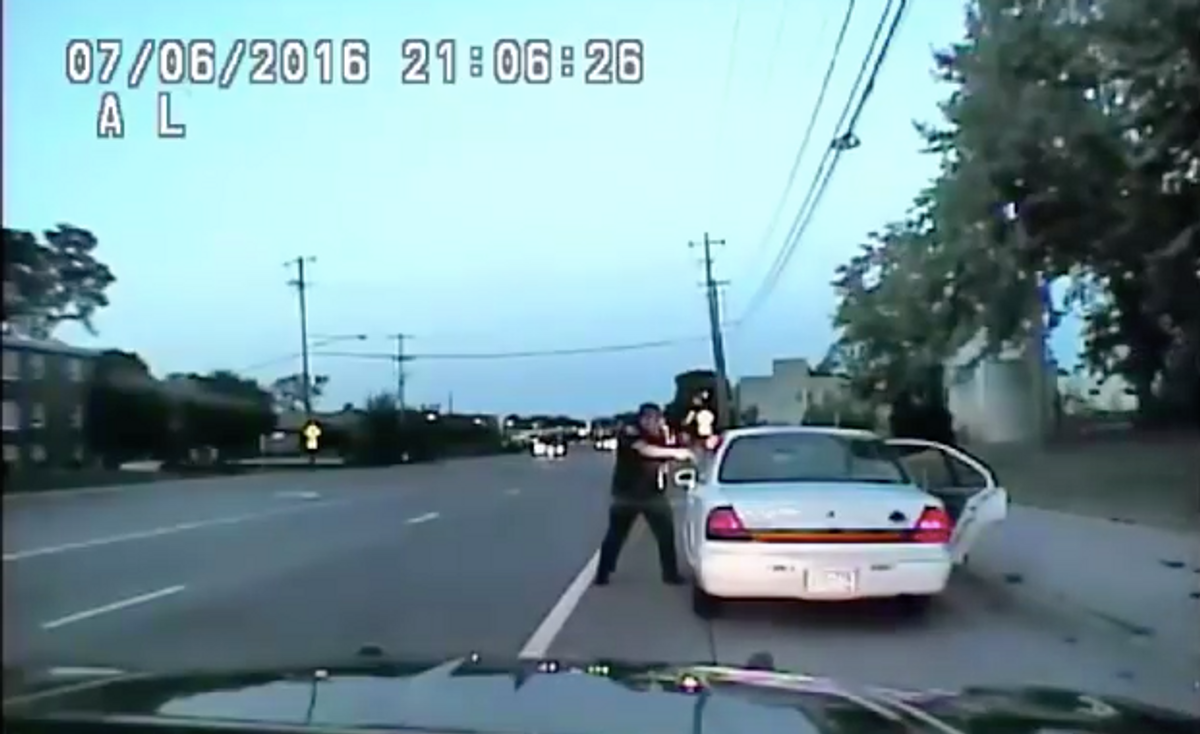 The Minnesota cop who was acquitted last week of killing Philando Castile used the fact that he smelled marijuana in the car as part of his defense. Whether Officer Jeronimo Yanez really believed Castile's presumed pot use made him more dangerous or whether the testimony influenced the jury's decision to acquit remains unknown, but its use in his defense illustrates the enduring demonization of the plant and its users.

Castile's killing last year sparked angry demonstrations and made national headlines after his girlfriend, Diamond Reynolds, live-streamed the aftermath of the shooting on Facebook, with a mortally wounded Castile moaning as Reynolds cries, "That police just killed my boyfriend, he's licensed, and he was trying to get his wallet out of his pocket, and he let the officer know he had a firearm and he was reaching for his wallet, and the officer just shot him in his arm."

In the video, Yanez is visibly agitated: "I told him not to reach for it; I told him to get hand up!" he yells.

Castile did go just like that, though. He was pronounced dead at the Hennepin County Medical Center 20 minutes after Yanez opened fire, shooting seven bullets at him.

Dashcam video from Yanez's patrol car, not released until Tuesday, shows it only took 30 seconds before Yanez opened fire:

Yanez didn't mention marijuana in Reynolds' video, but in court transcripts of his testimony, Yanez said he opened fire on Castile in part because he could smell marijuana and he assumed Castile had been using it in front of the child.

"I thought I was gonna die and I thought if he's — if he has the guts and audacity to smoke marijuana in front of the five-year-old girl and risk her lungs and risk her life by giving her secondhand smoke, and the front-seat passenger doing the same thing, then what — what care does he give about me?" Yanez said.

The argument is that smoking pot in front of kids makes one a stone-cold killer. Never mind the hyperbole; in Yanez's mind, someone who would smoke pot around kids is not only endangering his own life, but would be willing to kill a cop over a pot charge or a broken taillight (the original reason for the traffic stop).

Police later did find traces of marijuana in the vehicle, and defense attorneys used that fact and the marijuana odor to insinuate that Castile was so high he was slow to comply with Yanez's demands. That made Yanez even more suspicious, the defense claimed.

But Yanez's claims about secondhand smoke border on the bizarre. Yes, ingesting secondhand pot smoke can be harmful, but secondhand smoke is quite different from intent to harm a police officer. And the most notorious source of unwanted secondhand smoke is cigarettes, yet no one insinuates that smoking tobacco around kids makes one more likely to be a cop-killer. Yanez and his defense attorneys were singing a Reefer Madness tune with this claim.

Despite Yanez's claims and phobias, pot smokers are no more likely to behave violently than non-users, and in fact, some research shows they are less likely to. A 2014 study in the journal Psychology of Addictive Behaviors found that marijuana use among couples was associated with lower risk of domestic violence.