As with Lyft "inventing" the city bus, the tech industry likes to rebrand existing inventions as innovations 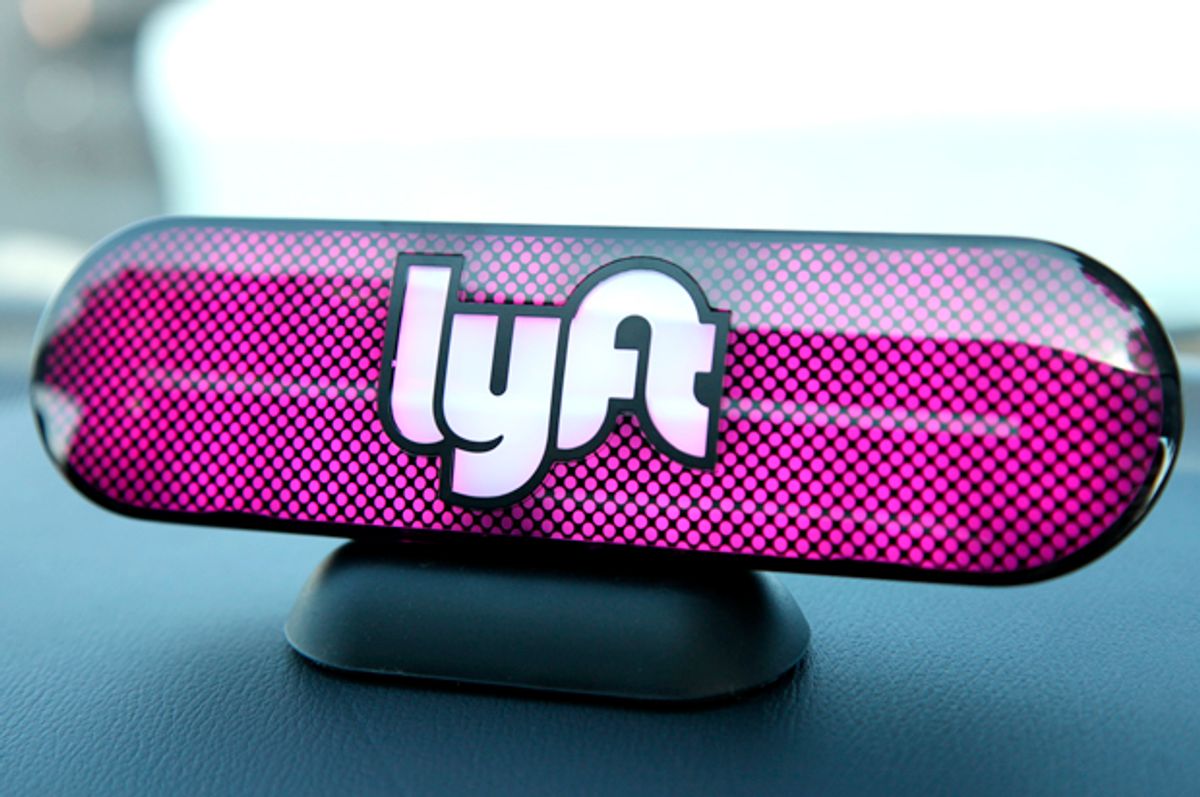 On Monday, the internet collectively laughed at the hubris of ride-sharing giant Lyft for marketing its new Lyft Shuttle as something inherently new, rather than what it was -- namely, a private version of a city bus.

But Lyft “inventing” the city bus isn’t the first time Silicon Valley invented existing things and tried to wrap them in the guise of the Silicon Valley hype machine. The tech industry’s luminaries live in a universe that is so rarefied they often don’t even notice that the things they’re “inventing” bear an odd resemblance to things that already exist.

Over 8,000 crowdfunders threw $627,000 at the Hidrate Spark, a water bottle that retails for $46.95 and which is billed as “a connected water bottle that tracks your water intake and glows to make sure that you never forget to drink your water again.” Unlike the lowly cup, which has existed since the dawn of time and can even be created by contorting one’s hands together under the faucet, the Hidrate Spark has a bluetooth chip, an accompanying smartphone app, and a glowing light that tells you to drink, and must  be plugged in and recharged periodically or it stops working.

But inventing thirst once wasn’t enough. Now, there’s also the Aquagenie, which seems to do the same thing but for about $10 more than the Hidrate Spark. It just got $79,000 in crowdfunding money on IndieGogo.

If only there were some natural mechanism within my body that told me when I needed to drink water. You know, some survival mechanism that was so deeply ingrained that every animal on the planet, humans included, possessed it? It's a good thing such a mechanism doesn't exist, or these products would be rendered useless. Oh, wait...

Billed as a means of providing “complete nutrition with minimal effort,” Soylent is a powdered food product that some techies swear by. It has 100 percent of the nutrients and calories that the body needs to survive, but at the cost of taste; the powder is flavorless, oddly viscous and bubbly, and is mostly reputed for having convinced investors to pour about $70 million into it, despite the fact that some iterations of its signature product have resulted in explosive vomiting from customers.

Anyway, if you were looking to get your hands on, say, some kind of famine-relief nutrient-filled powdered food, those have existed for decades, and are deployed in hunger crisis situations by the United Nations’ World Food Program. Soylent isn’t original in that regard; merely, its marketers are merely the best at capturing the first-world market, and instilling in them a desire for something that seems contrary to what the experience of being human is all about.

That time Silicon Valley didn’t invent anything, but put a wi-fi chip in existing inventions to make you think they’d invented something new

The “Internet of Things” is a marketing gimmick whereby tech companies put wi-fi chips in everday objects like appliances and toasters and fridges, and then create an overcomplicated and vulnerable system to manage them through your smartphone or computer. (In 2016, an international hack infected innumerable internet of things devices with a modified worm, rendering them into a botnet that could be used to target the hackers’ choice of networks.)

Thus, the internet of things enables consumers to waste time digitally monitoring devices that used to just be passive objects. There’s a Twitter account that does a good job of listing terrible internet of things devices, but some recent abominations include a wi-fi enabled desk that tells you how long you’ve been standing, and a “smart” urinal.

A growing group of so-called Singularitarians, whose ranks include many CEOs of major companies, believe that coming innovations in artificial intelligence will lead to a technological “singularity” that will unpredictably shift, overnight, all of human society. It’s almost as if they’re waiting for a messiah?