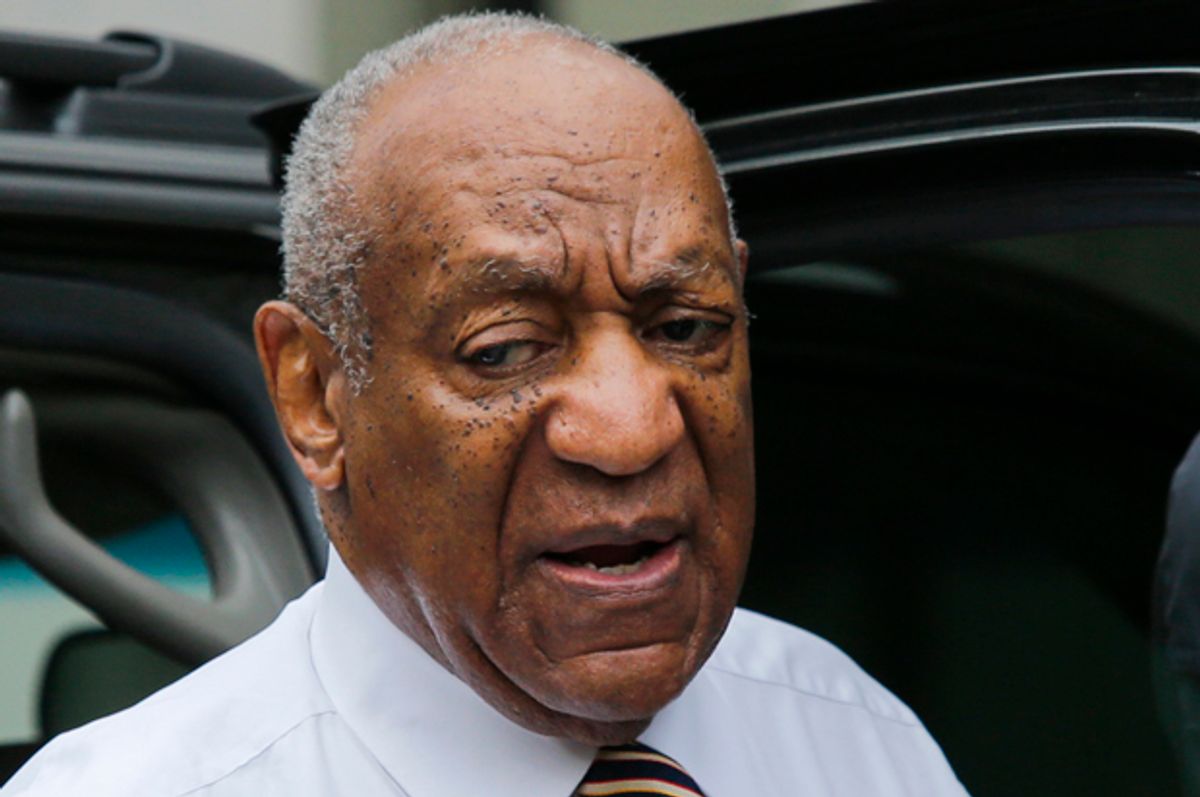 Benson added, "To take something meant to talk about the restoration of this man’s legacy that was destroyed by the media before he even had a chance to step into the courtroom. That’s what this is about."

Last week, Benson sat next to co-surrogate Andrew Wyatt when he told the hosts of Birmingham, Alabama station WBRC's "Good Morning Alabama" show, "We’ll talk to young people because this is bigger than Bill Cosby. This issue can effect any young person, especially young athletes of today, and they need to know what they’re facing when they’re hanging out and partying, when they’re doing certain things that they shouldn’t be doing.”

Benson added that "laws are changing. The statue of limitations for victims of sexual assault are being extended. So this is why people need to be educated. . . A brush against the shoulder, you know, anything at this point can be considered sexual assault. And it’s a good thing to be educated about the law."

In other related news today, another report has come out that suggesting the process by which Cosby's case was declared a mistrial was a very contentious one.

As one of the twelve jurors told ABC News, "The most intense moment I think was when there was about four people crying in the room. One was out in the hallway pacing, visibly upset."

The juror, Bobby Dugan, added that "we couldn’t really get anything down to like a solid thing and that just frustrated people."

This follows comments by another juror — one who pushed for aquittal — that seemed to suggest he believed that the alleged victim's wearing of a "bare midriff" implied consent.

According to statements from Montgomery County District Attorney Kevin Steele, Cosby may face trial for the same crime and for the same charges again.