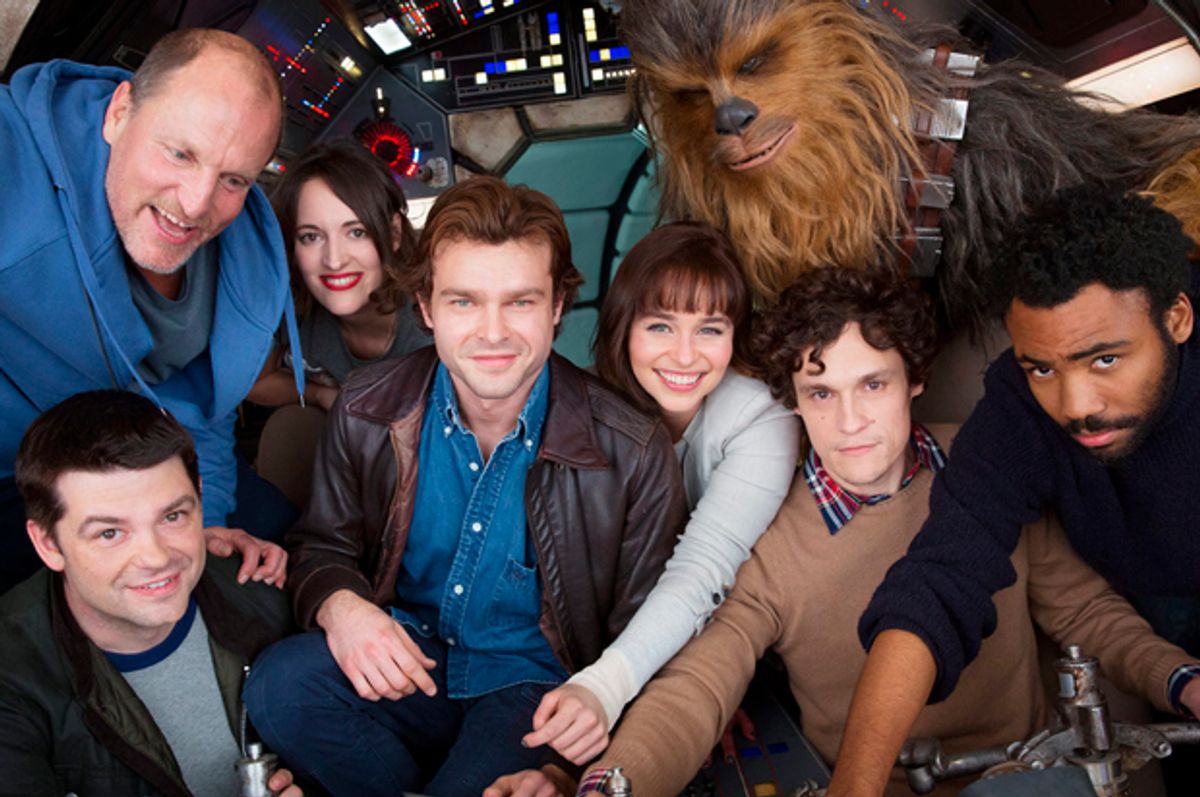 A recent article by The Hollywood Reporter is chock full of rumors that could shed light on the controversial firing of directors Phil Lord and Chris Miller from the upcoming Han Solo film.

The rumors (and we must emphasize that these are just that, rumors) raise some uncomfortable questions about the quality of the upcoming "Star Wars" flick. According to the Reporter, Lucasfilm was so unhappy with how Lord and Miller were directing star Alden Ehrenreich that they hired an acting coach, unusual for this late in a film shoot.

Producers were also reported to be dissatisfied with the improvisational directing style used by Lord and Miller, which one source claimed led to them being indecisive. There were also complaints that Lord and Miller did not shoot enough takes of certain scenes to give the editors' sufficient material to work with, although supporters of Lord and Miller claim that screenwriter Lawrence Kasdan stifled them creatively by insisting that his script be read verbatim.

On the one hand, the fact that this is the second "Star Wars" film in which there have been behind-the-scenes troubles with the directors looks bad for Disney, which had to hire screenwriter Tony Gilroy to assume additional responsibilities for "Rogue One" after reported dissatisfaction with Gareth Edwards' directorial performance. At the same time, considering reports that the crew broke into applause when they were informed that Ron Howard would be taking over as director, it seems as if unhappiness with Lord's and Miller's performance was not limited to Lucasfilm.

In the end, the verdict on whether they were right to swap Lord and Miller for Howard will be determined by the reaction to the movie that hits theaters next year.