He refused to apologize, but was self-deprecating about his own abilities 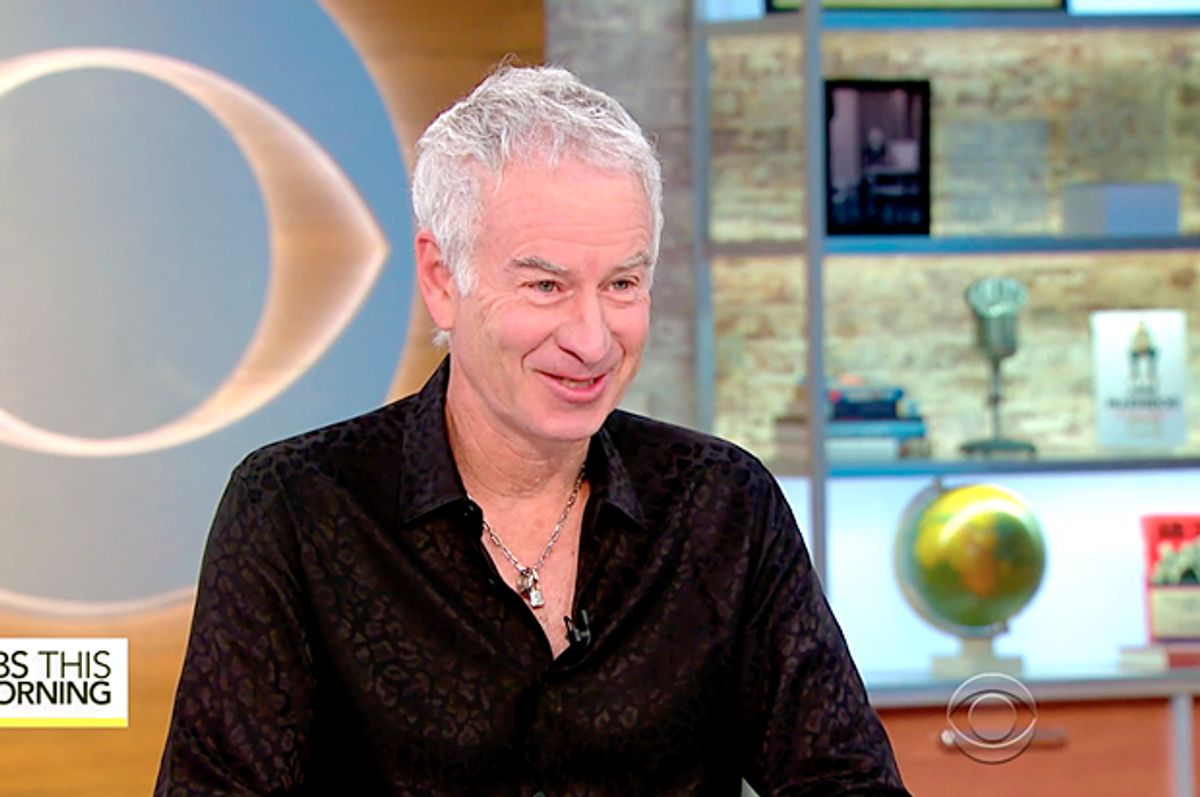 Bristly tennis star John McEnroe attempted to improve his public image after finding himself in the midst of controversy for claiming that Serena Williams would be "like 700 in the world" if she played the men's circuit.

During his appearance on "CBS This Morning," McEnroe refused to apologize for his comments but insisted he did not expect them to be controversial. At one point, when asked where he would rank himself on the men's circuit, McEnroe requested clarification.

"Now are you asking me, at 58 years of age, what I'd be ranked in the tour if I had to play best of five, which is what the men have to do at majors?"

When this was confirmed, he speculated that "I would currently be about 1200 in the world."

Later, when asked to rank the world's greatest tennis players, McEnroe seemed to throw a bone to his critics by making sure Williams' name appeared on his list.

"My rankings would be Roger [Federer], Rafael [Nadal] close second, Rod Laver who is my idol, then I'd throw Pete Sampras in, he's the greatest fast court player," McEnroe said.

Then he added, "Serena Williams at five," prompting laughs from the hosts.

"Would you like to apologize?" -- @NorahODonnell
"No." -- John McEnroe pic.twitter.com/BFN8w2EyfY

"It wasn't necessary.... I didn't know it would create controversy." -- John McEnroe on his Serena Williams comments pic.twitter.com/6YAPtZ80mp

Where would John McEnroe rank himself?
"I would be, currently, about 1,200 in the world." pic.twitter.com/KJSMBiuBlY

Williams — who appears naked and pregnant on the cover of Vanity Fair this week — responded to McEnroe with a pair of tweets that politely asked him to avoid attaching her name to opinions which she may not share herself.