If you take the fatalist approach to health care, as one Fox host does, well nothing matters, right? 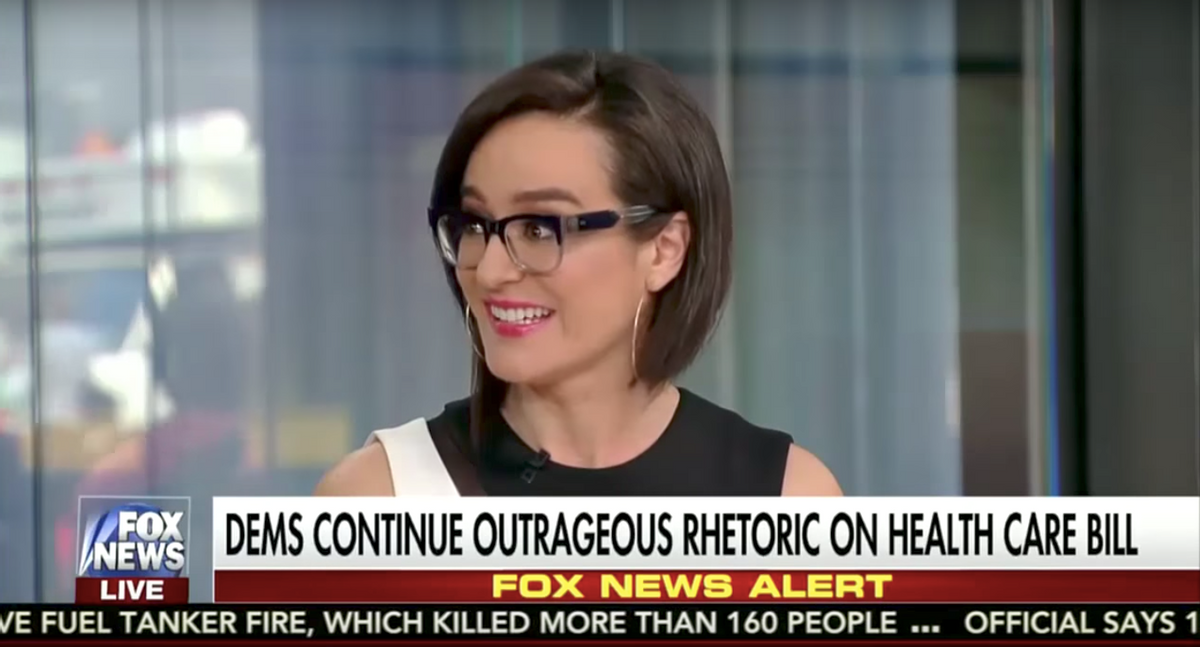 The talking heads at Fox News don't seem to understand why the massively unpopular Republican health care bill is catching so much flak.

I mean, people die all the time, right?

That was the reasoning of Lisa Kennedy Montgomery on Tuesday evening, at least.

"You know what, at least they are not employing any hyperbole at all. No exaggeration, no hysteria," Montgomery claimed. "You know what the crazy thing is? We’re all going to die. And they can’t predict — there’s no way unless they are absolutely psychic and have a party line to heaven, they don’t know who’s going to die or when or how many people."

Ainsley Earhardt and Brian Kilmeade were similarly callous when describing the potential consequences of the Medicaid reduction on Wednesday.

"We are $21 trillion in debt. The last president had no business throwing that money out there," Kilmeade proclaimed, referring to the Medicaid spending increases in the Affordable Care Act.

"From what I understand though, it is taking Medicaid away, because what Kellyanne Conway was saying is that you've given," Earhardt added. "President Obama gave and gave and gave, and gave so many entitlements, and now Republicans, they're going to have to pull some of it back. Because it was going to people who didn't need it. "

Regardless of the dismissive attitude displayed by the Fox News chattering class, the Congressional Budget Office estimated that 22 million people would lose their insurance due to the Republican draft of the health care bill. This explains why, despite its popularity among Republicans, the American people as a whole have overwhelmingly rejected the bill, with only 12 percent supporting it according to a recent poll.