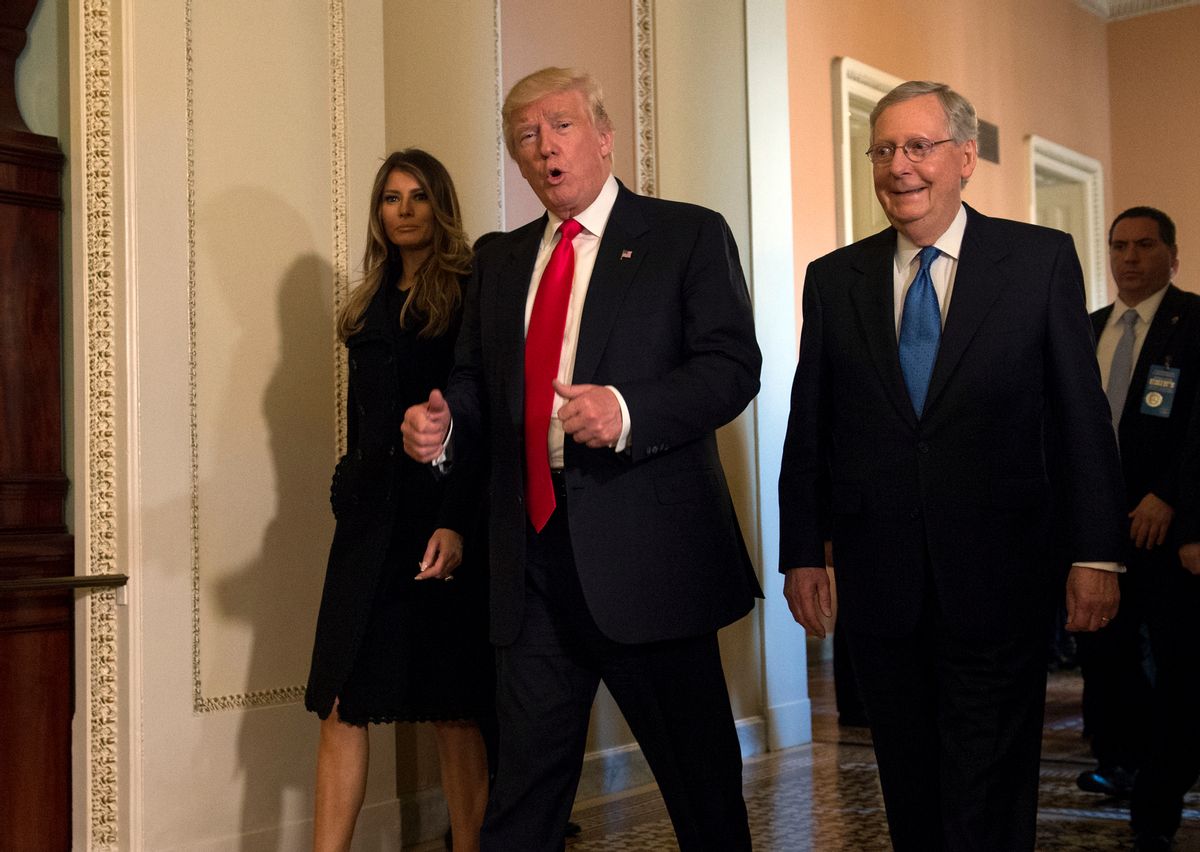 Senate Majority Leader Mitch McConnell has suffered a major blow to his image as a result of his failure to pass the Senate Republicans' Trumpcare bill — and President Donald Trump isn't looking too good right now either.

McConnell apparently "shocked" other Senate Republicans when he announced during a meeting on Tuesday that he was delaying any vote on the bill, according to a report by Politico. As one Republican senator put it, "It’s different from what he said . . . yesterday afternoon as late as 5:30 p.m."

As a result of this surprise retreat, McConnell's reputation as a savvy legislative operator has taken a hit, according to a report by The New York Times. His failure to push the bill through was apparently at least in part due to his own missteps, which included openly siding with conservatives when it came to controversial issues like Medicaid reduction, addressing the opioid epidemic and spending cuts in general.

He also failed to reach out to moderate Republicans like Sen. Susan Collins of Maine and Sen. Lisa Murkowski of Alaska. Instead, as Politico reported, Senate Republican leaders tried to appease hard-line conservatives by using some of the estimated $188 billion in savings to aid the agendas of specific conservative senators, such as Sen. Ted Cruz of Texas and Sen. Mike Lee of Utah.

McConnell isn't helping things by trying to push Trump's agenda, according to a report by The Washington Post. That's because Trump isn't seen by his party as capable of driving a policy agenda. In private conversations Republicans mock his lack of knowledge about many of his own policies, his long range of promises they regard as unrealistic (such as a Mexico border wall), his incessant tweeting and the fact that his threats are often considered to be empty ones.

When asked if he personally fears Trump, Sen. Lindsey Graham of South Carolina is reported to have chuckled before replying, "No."