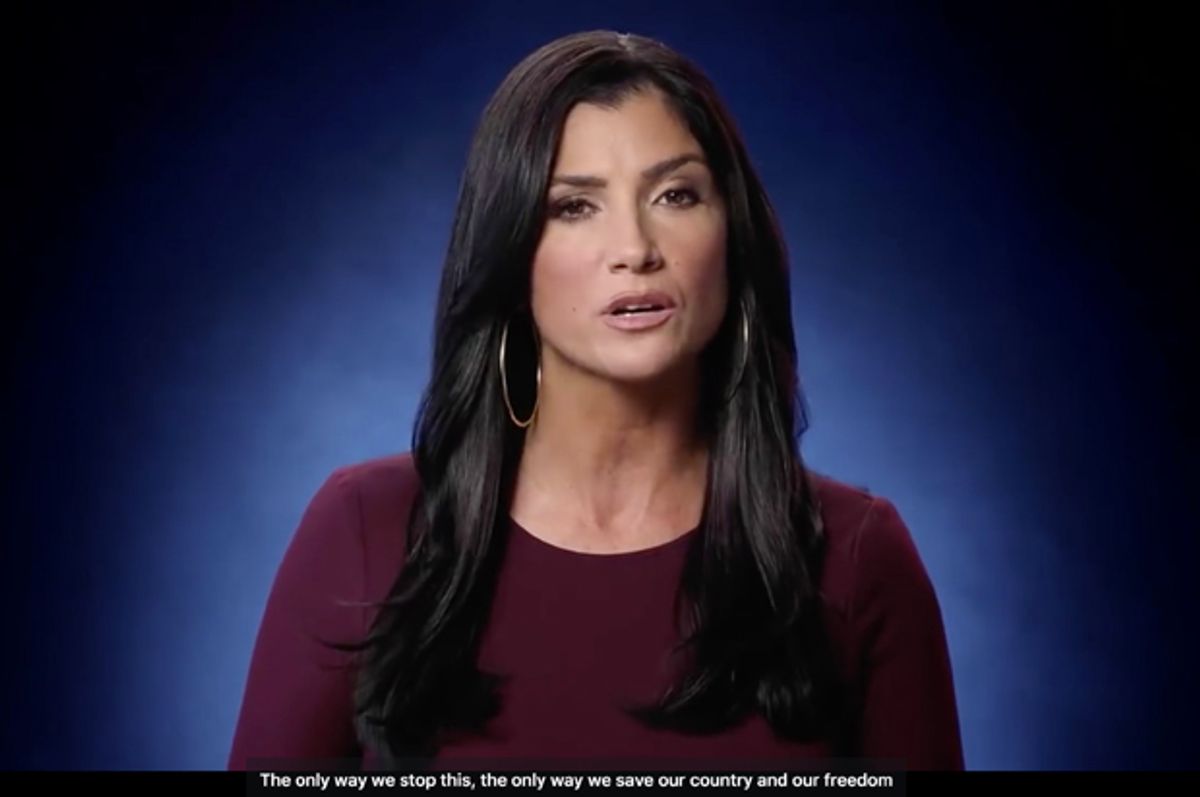 A new ad from the National Rifle Association starring conservative commentator Dana Loesch presents a bleak world view. Relying heavily on its use of language and imagery that evokes images of violence, it warns that "they" are going to "march" and "protest," and what are you going to do about it?

"They use their media to assassinate real news," Loesch intones right from the start. "They use their schools to teach children that their president is another Hitler. They use their movie stars and singers and comedy shows and award shows to repeat their narrative over and over again... and then they use their ex-president to endorse the resistance."

At this point the imagery of the ad has been pretty banal, but the script itself sends an unmistakable message: Liberals are "them" — an other — and have used their power in ways that Loesch heavily insinuates (though prudently avoids flat-out saying) are somehow conspiratorial.

It's worth noting here that no left-wing school district has officially included "teaching that Donald Trump is Adolf Hitler" in their curriculum.

Loesch isn't done, however. All of these left-wing efforts are really being done "to make them march, make them protest, make them scream racism and sexism and xenophobia and homophobia."

Things get really scary, however, when Loesch draws the connection between left-wing protest and acts of violence like smashing windows, setting cars ablaze, and shutting down roads and airports. This leaves law enforcement with "no choice but to do their jobs and stop the madness," which Loesch says the left will then use "as an excuse for their outrage."

These words are accompanied by images of street violence, many of them harrowing.

In the end, Loesch calls for NRA members "to fight this violence of lies with a clenched fist of truth."