Salon sat down with Plaza to discuss "The Little Hours," "Ingrid Goes West" and becoming a producer 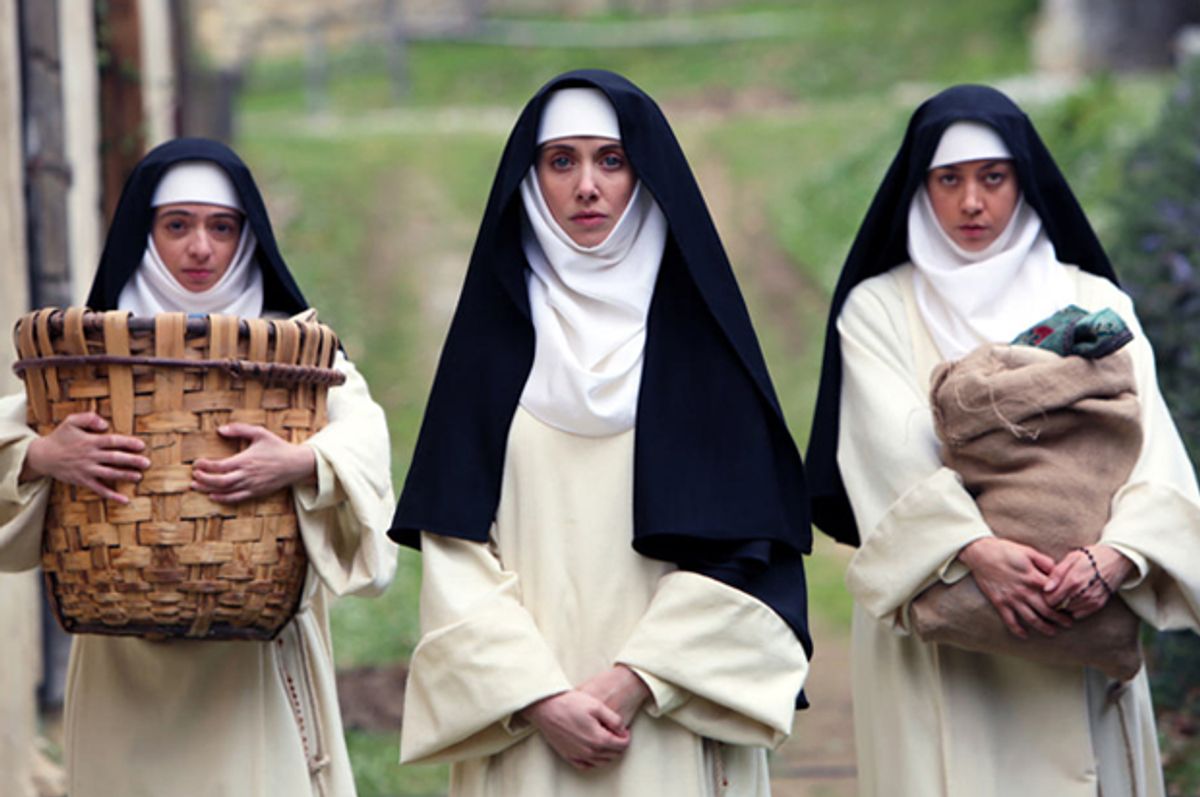 Whenever Aubrey Plaza is onscreen, there's always an odd tension about what her character is going to say or do. It’s a kind of danger that makes her alluring and engrossing to watch.

In the opening scene of the forthcoming (Aug. 11) “Ingrid Goes West,” Plaza plays the title character, a rather unhinged young woman who expresses her disappointment about not being invited to an online “friend’s” wedding by crashing and macing the bride. After a stint in a hospital, Ingrid soon heads off to Venice, Calif., where Taylor (Elizabeth Olsen), a new Instagram friend, lives. Ingrid starts stalking her, but she also lets down her guard with her landlord, Dan (O’Shea Jackson), a potential romantic interest, as well as Taylor’s boyfriend, Ezra (Wyatt Russell), and Taylor’s troubled brother Nicky (Billy Magnuson).

“Ingrid Goes West” asks Plaza to find the humanity between scary and insecure, and the actress shines, generating laughs and cringes in equal measure as Ingrid gets more and more desperate.

In contrast, Plaza is totally in control in “The Little Hours,” a new comedy written and directed by Jeff Baena, her off-screen partner. An adaptation of Giovanni Boccaccio’s “The Decameron,” this amusing film, set in the Middle Ages, has Massetto (Dave Franco), a young man on the lam, hiding in a convent.

Plaza plays Sister Fernanda, a nun with a foul mouth, a passion for sex, and a dark secret. The behavior of Father Tommasso (John C. Reilly) and the other nuns (Alison Brie, Kate Micucci and Molly Shannon) is equally inappropriate, generating much of the humor of this irreverent film (and some early criticism from the Catholic League).

Plaza chatted with Salon about her roles in “The Little Hours” and “Ingrid Goes West.”

I’m curious if you read “The Decameron” as research for “The Little Hours.”

I didn’t read “The Decameron.” I did try to listen to it on tape, but I really learned about it through Jeff [Baena]. He told me all the stories. The language of “The Decameron” is exhausting, so I got bored pretty easily.

I don’t know how to answer that! I went to an all-girls Catholic school my whole life, so I’m very familiar with that environment. I was more of a goody-goody, more than people would expect. I don’t have anything crazy to say about that stuff. I’m way more boring than people would hope.

Sister Fernanda also has a dirty little secret in the film, which I won’t reveal. But can you disclose any secrets, or even just gossip about your costars.

I don’t know. Kate Micucci, she always wanted to be a nun. That’s a real fact, not a secret.

Much of the humor in “The Little Hours” relies on your deadpan comic timing. I love Sister Fernanda’s eye-rolling when the bishop (Fred Armisen) dresses her down. Can you talk about how you inject humor into this character, in particular, and your other comic parts, in general?

I don’t approach anything with that mentality ever. I commit fully to the role I’m taking on. The comedy comes out of the commitment to the character and situation — which is absurd — which is why it’s funny. I’m not winking at the audience; I’m totally invested.

What I like about your performances is that you commit so fully to the character. I’m thinking of Leonore in “Dirty Grandpa,” Tatiana in “Mike and Dave Need Wedding Dates,” but also “Ingrid Goes West.” Can you talk about going all out for a part? You seem fearless but also show insecurity and vulnerability, which grounds your performance.

I think that’s it’s specific to whatever character I’m paying. Humor is a universal defense mechanism; it exists to relieve people of their pain and suffering so it’s natural that my characters deal with their insecurities and anxieties, which is what I do in my life.

I gravitate to dynamic characters that have many layers, a lot of things going on in their lives. They often end up being more comic or villainous roles, so I’m interested in playing complicated characters.

What I like about Ingrid is that she makes a series of increasingly bad decisions, but we continually hope that things will turn out OK for her. What appealed to you about “Ingrid Goes West”?

I identified with her in many ways. It’s a universal experience to want human connection and have a hard time finding it, especially in an era of Instagram and social media, where connections are even harder. I related to that, and I think everyone can relate to wanting to be liked, and have them pay attention to you and have a real connection. It’s hard for a lot of people, and for me, in my own life. I was happy that there was a story about that.

Ingrid finds meaning in her life through other people. She wants to live online and through others, but does her best connecting in person, one on one. I think the individual scenes of her with Ezra, Dan and Nicky are beautiful and truthful. Can you talk about how you approached the character?

I think, for me, that’s how humans behave, and what I observed. You’re always different when you’re having a conversation with someone and no one else is around. You act differently and say different things. It was interesting to shift into that mode with the different characters, and [reveal] what she wanted from each of them and what she was getting.

Ingrid lies and manipulates; she also has a very prominent jealous streak. Can you talk about how you deal with moments of envy or disappointment?

I feel like everyone has had those traumatic middle-school experiences. It’s something that everyone experiences, and what is interesting about the movie is that it sheds a light on how Instagram and social media complicate it further. You can peer into someone’s life, and it only tortures you more. The movie explores that dark urge that people have to envy other people’s lives.

I don’t have a personal story about being obsessed with people in my world. I was obsessed with Judy Garland. I’ve had some stalker-like experiences as an adult, but nothing that got as crazy as Ingrid. I’ve dealt with one particular person who — I don’t know if "obsessed" is the right word — and I felt bad for them, because I don’t think people are ultimately bad. But that behavior comes from a deep place of insecurity and wanting to be loved, so I’ve had compassion for people like that.

What did you think of Mailer’s “The Deer Park,” which Ingrid reads because Taylor effuses about it.

I didn’t read it. In my defense, I don’t think Ingrid read it either. She read the Spark notes online.

You produced both “The Little Hours” and “Ingrid Goes West.” What prompted you to start producing? Was it an effort to have more control over your career?

For “The Little Hours,” it was an organic next step for me to have a producer credit on that film. I was in Jeff’s first two movies and was involved in all of his projects. I was helping with things like casting, and pre-production research, so it felt like it made sense.

For “Ingrid,” it was coming from a place of wanting to have control. I read it and had a strong idea of the kind of movie I wanted to make. Most times, as an actor, you show up and do your lines and you don’t have much control over the end product. That can feel limiting, so for this one, which is told from one character’s perspective, it was important for me to be involved in every part of it from beginning to end. I dove in and learned a lot, and it was a challenge, but it was satisfying to be creatively involved from the start.