Buress sent an impersonator to the "Spider-Man: Homecoming" premiere and fooled some in the process 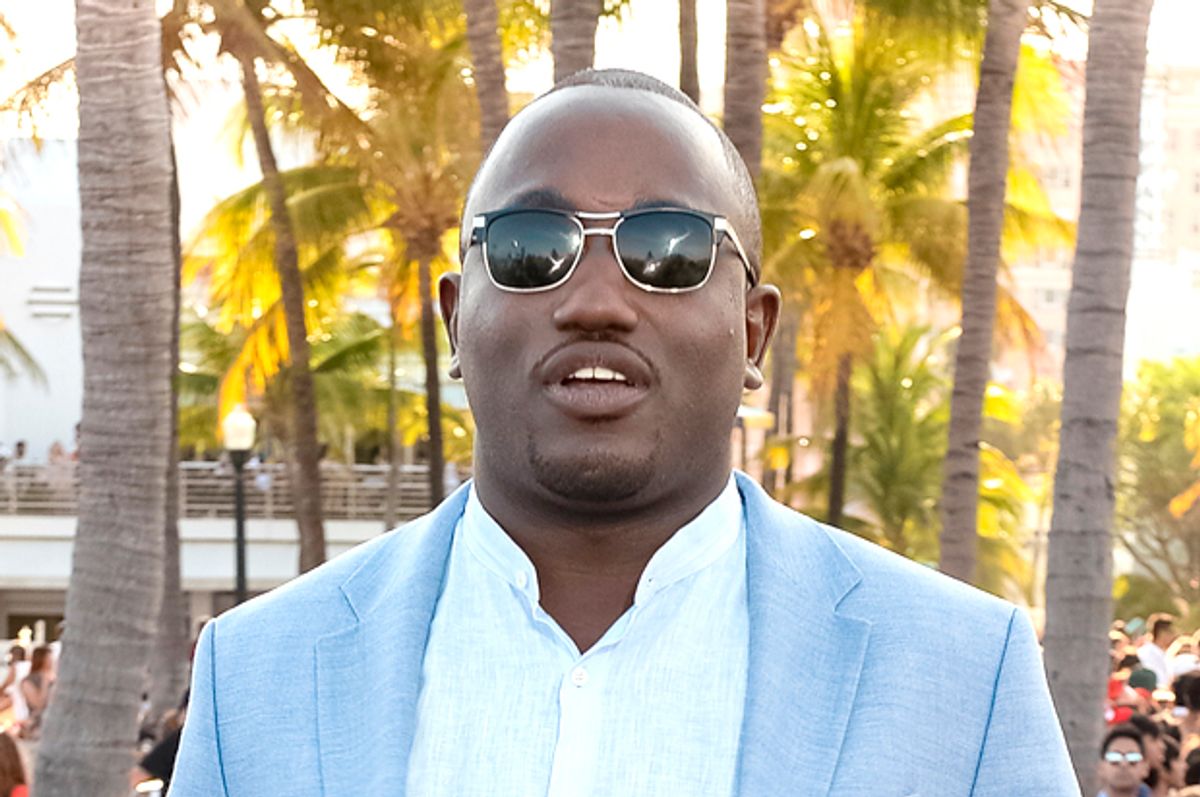 The comedian Hannibal Buress just pulled off an amazing prank at the premiere for "Spider-Man: Homecoming"... and he wasn't even there.

Instead of attending personally, Buress asked Joe Carroll, an impersonator who pretended to play Buress' character Coach Wilson while talking to the press on the red carpet, according to a report by Vanity Fair.

"Playing Coach Wilson, working with the cast — I had a great time," Carroll told an interviewer at one point, who may or may not have been part of the joke.

As Buress later explained, he was busy shooting the movie "Tag" in Atlanta, which is why he didn't attend the premiere himself.

"I think people think I was trying to be weird. If I was available, I would have gone," Burress explained.

Buress was clearly planning on sending an impersonator well in advance, however, even sending out a tweet asking for someone "with solid comedic timing" who would be interested in doing his project for $500.

It may have been purely a joke on his part — the kind of weird fun the comedian is known for. And, yet, the prank calls to mind another uncomfortable incident in which two African American celebrities were mixed up.

KTLA reporter Sam Rubin got in trouble in 2014 for mixing up Samuel L. Jackson with Laurence Fishburne, according to a report by The Hollywood Reporter. After asking Jackson about a Super Bowl ad in which Fishburne had actually appeared, Jackson pointed out that "I'm not Laurence Fishburne. We don't all look alike!"

After pointing out that "we may be all black and famous, but we all don't look alike," Jackson told Rubin to distinguish between himself and other African Americans doing commercials.

"There's more than one black guy doing a commercial. I'm the 'What's in your wallet?' black guy," Jackson said. "He's the car black guy. Morgan Freeman is the other credit card black guy. You only hear his voice, though, so you probably won't confuse him with Laurence Fishburne. There's a heavier-weight black guy that's like putting cash down in the seats in a baseball stadium, but he's also the black guy that turns off the house, the water and the lights when his kid tells him the house is cool. I'm not that guy either."

This is just one of many examples of white people confusing black people for each other both in media and in person as they tend to see the color of their skin as having more identifying value than the unique contours of their faces and personalities.

Whether he did it on purpose or not, Buress created the somewhat the same situation on the red carpet this week. If it was a troll on a celebrity media industry that often lumps all black actors it was exquisite. Even if it was an accident borne out of general prankishness, it was instructive. In the end, it demonstrates just what Jackson said — in the eyes of the media (and America itself) black men are often interchangeable objects, not discrete people.