Harry Potter and the chamber of owls: the boy wizard's popularity may be affecting the black-market owl trade

From “Harry Potter” to “Finding Nemo,” a brief history of fiction and celebrity affecting nature 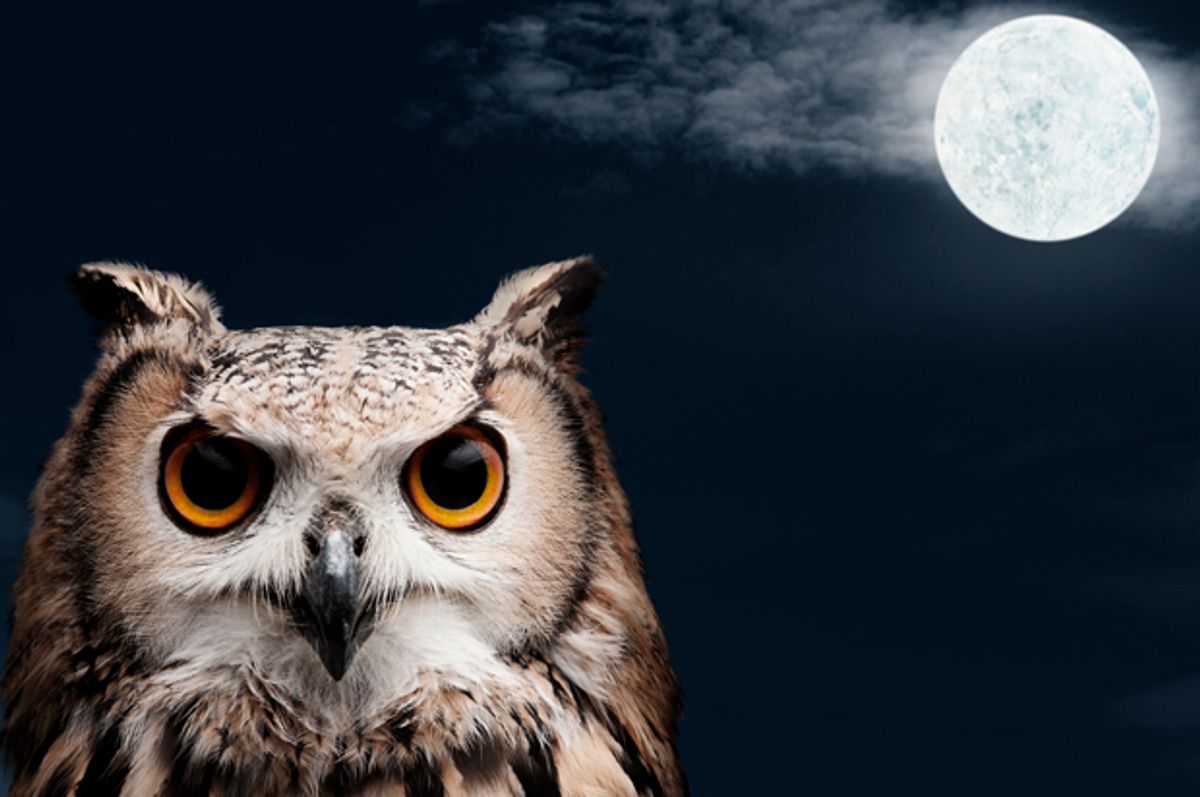 The beloved "Harry Potter" series of books and movies spurred many children and young adults’ interest in reading, but it may also be increasing their interest in owning a pet owl — just like Harry’s fictional pet Hedwig. A new report in Nature details how the owl market in Indonesia has rampantly increased in the past decade and a half:

Wildlife researchers surveyed 20 bird markets on the islands of Bali and Java and say that the number of owls being sold has risen dramatically: from perhaps a few hundred a year before 2001 to 13,000 by 2016.

The Harry Potter books aren’t solely to blame — Nature notes that “the increase in internet access in Indonesia” in the past 17 years makes it easier to trade and find bird markets.

Officials’ ability to track the owl trade, and which breeds are being sold, is hazy—although Nature notes that “nearly all the birds for sale are caught in the wild,” meaning that “owl trading [is] a conservation issue,” as it is likely some of the owls being traded are endangered.

The global animal trade often swings on fictional or real celebrities’ animal interest—sometimes to deleterious effect. Demand for clown fish rose after the release of “Finding Nemo” in 2003, an animated film featuring an orange clown fish protagonist (Amphiprion percula, specifically). However, unlike the owl trade in Indonesia, many clown fish are bred in captivity, which poses less of a threat to the species than catching them in the wild. Unfortunately, the orange clown fish faces a greater threat from global climate change, which has helped acidify oceans and bleach coral reefs where the clown fish calls home.

Other animals whose demand has increased because of their depiction in media include Portuguese water dogs, which increased in popularity in certain locales after the Obama family adopted two; fennec foxes, which many wanted to adopt after seeing their depiction in the Disney animated movie “Zootopia”; and Chihuahuas, which flooded California shelters after celebrity socialite Paris Hilton became known for her love for the diminutive pooches.

Politically, the fact that there is a connection between demand for animals and their appearance in media suggests that the media we consume has a strong connection to our wants and desires. Indeed, if a movie's depiction or celebrity's behavior can affect the global trade for animals, it suggests there is a deep link between what we see in media and our own beliefs and emotions.