A 25-year-old man, indicted on charges of destruction of religious property, is scheduled to be arraigned Friday 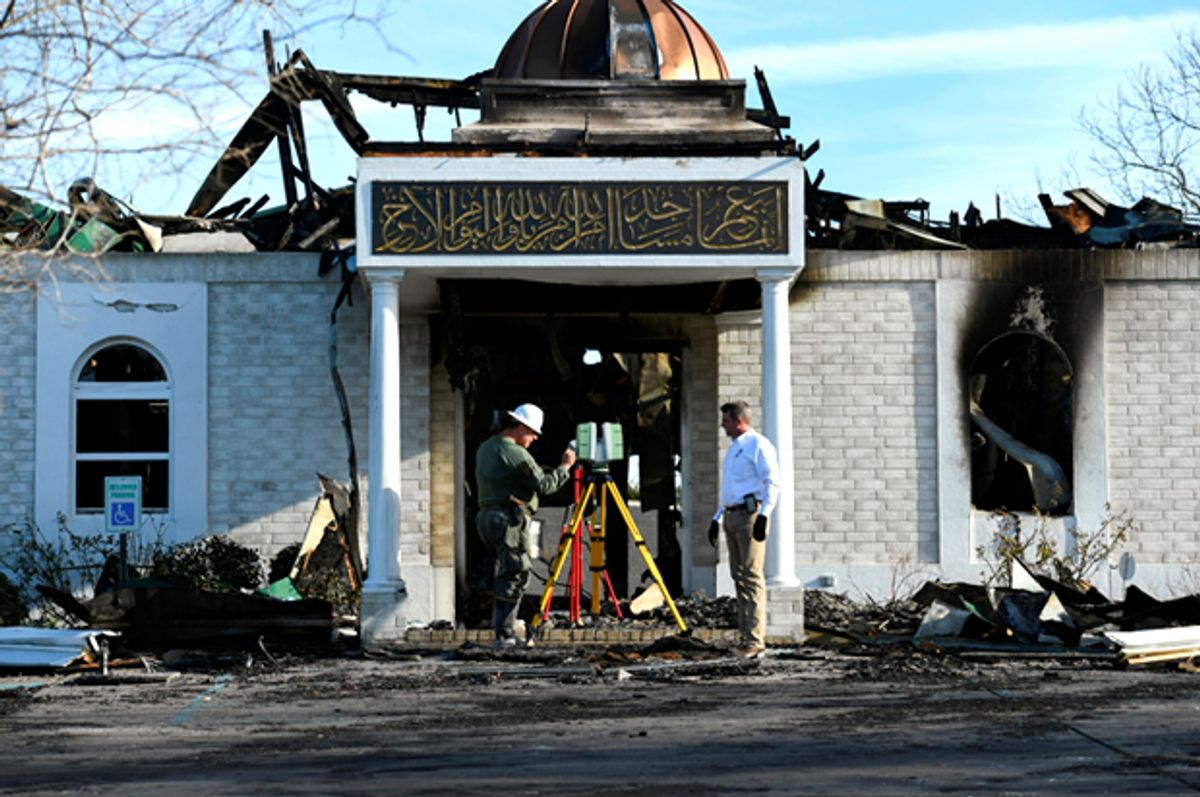 Security officials investigate the aftermath of a fire at the Victoria Islamic Center mosque in Victoria, Texas (Reuters/Mohammad Khursheed)
--

Marq Vincent Perez was indicted last week on charges of destruction of religious property, which is a federal hate crime, along with companion counts alleging arson and illegal possession of a destructive device.

He has been in custody since his arrest March 3 on charges of possessing an incendiary device, stemming from a separate incident involving the fire-bombing of a car.

At a detention hearing six days later, a federal firearms agent testified that a confidential informant admitted burglarizing the mosque on Jan. 22 and again on Jan. 28 with Perez, and identified Perez as the arsonist.

Items stolen in those burglaries, along with firearms, explosive devices and a bullet-proof vest were recovered when federal agents searched the Perez’s home, the agent testified.

The Jan. 28 fire caused estimated $500,000 damage and destroyed the Victoria Islamic Center, in the community 125 miles southwest of Houston.

“Intentionally defacing, damaging or destroying a religious house of worship, such as a mosque, here is a federal crime, a crime that is intolerable in a free and open society of the type that we live in,” Abe Martinez, acting U.S. Attorney for the Southern District of Texas, said last week at a press conference where the new hate crime charge was detailed.

“This indictment should send notice to violators that such crimes will not be tolerated,” Martinez said, the Victoria Advocate reported.

The federal prosecutor wouldn’t elaborate on whether others may have been involved in the hate-crime arson, but the indictment says Perez “aided, abetted and assisted others known and unknown to the grand jury” in committing the alleged crime.

Immediately after the fire, a gofundme.com account was set up to help the congregation rebuild the mosque, which was not insured.

In just of a matter of days, the online fundraising received more than $1.1 million, and mosque members received another $300,000 in mailed checks, the Victoria newspaper reported.

Ground-breaking for a new mosque in Victoria took place on May 29.