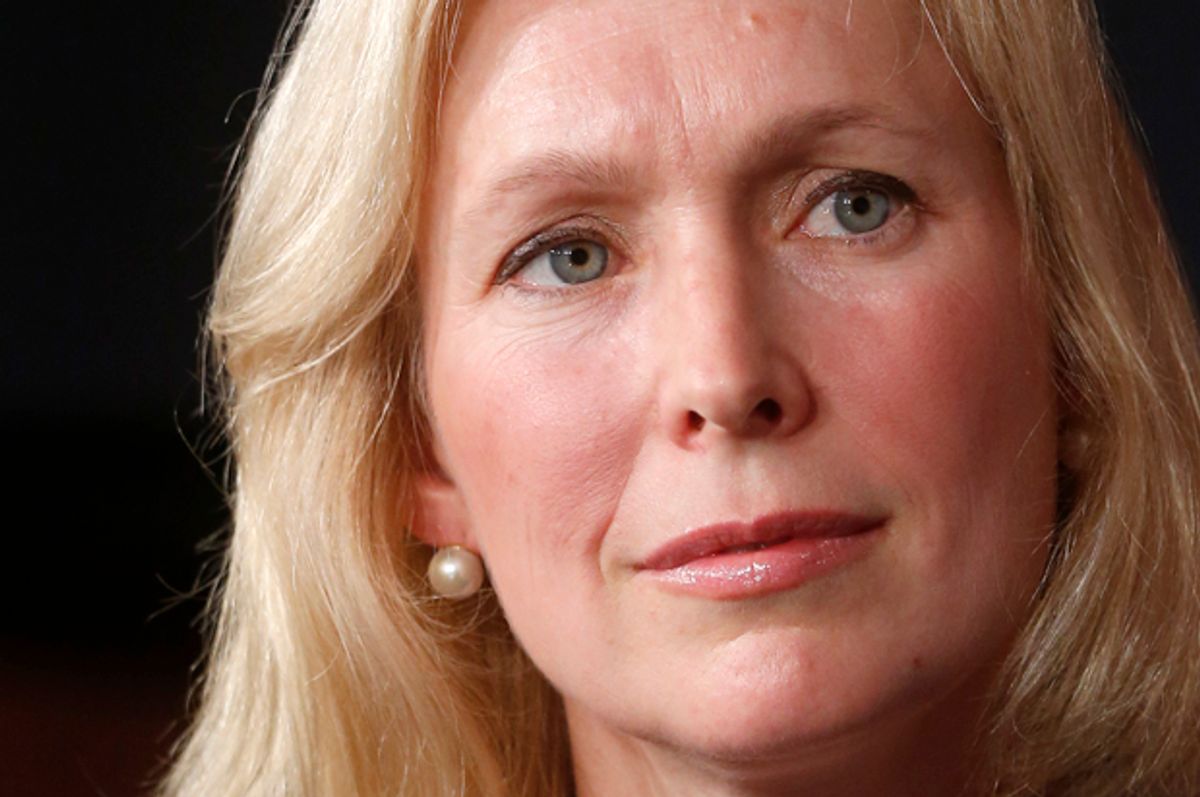 Democratic Sen. Kirsten Gillibrand of New York has come out in favor of a single-payer health care system.

When her senior adviser Glen Caplin was asked by CNN about whether the junior senator from New York supports single payer, he responded "Yes.follow-ups a follow up to Gillibrand's response to a health care question at a Facebook Live hosted by Democratic Sen. Cory Booker of New Jersey.

"Health care should be a right, it should never be a privilege. We should have Medicare for all in this country," Gillibrand replied.

This is a move to the left for Gillibrand, who despite advocating for "Medicare for all" since her first congressional campaign has not outright advocated a single-payer system. She is following in the suit of Democratic Sen. Elizabeth Warren of Massachusetts, who told The Wall Street Journal last week that "President Obama tried to move us forward with health-care coverage by using a conservative model that came from one of the conservative think tanks that had been advanced by a Republican governor in Massachusetts. Now it’s time for the next step. And the next step is single payer."

Gillibrand's new position does place her in good stead among many of her fellow Americans.

A Pew Research Center poll released last week found that 33 percent of Americans favor a single-payer health care program, including 52 percent of Democrats/Leaning Democrats and 64 percent of liberals. The total number who favor single payer has risen by 5 percent from its total in January and a whopping 12 percent from where it was in 2014.

Overall 60 percent of the people polled said that the government is responsible for guaranteeing that all Americans have health care coverage, compared to 39 percent who felt that it did not. That number reached 85 percent for Democrats and independents who lean Democratic, while 68 percent of Republicans said the government should not have that responsibility.

The new Democratic push for a single-payer system comes as Senate Republicans' plan, which the Congressional Budget Office reported would slash Medicaid funding by 26 percent by 2026, appears at an impasse.