Why nobody complains anymore and why that hurts us 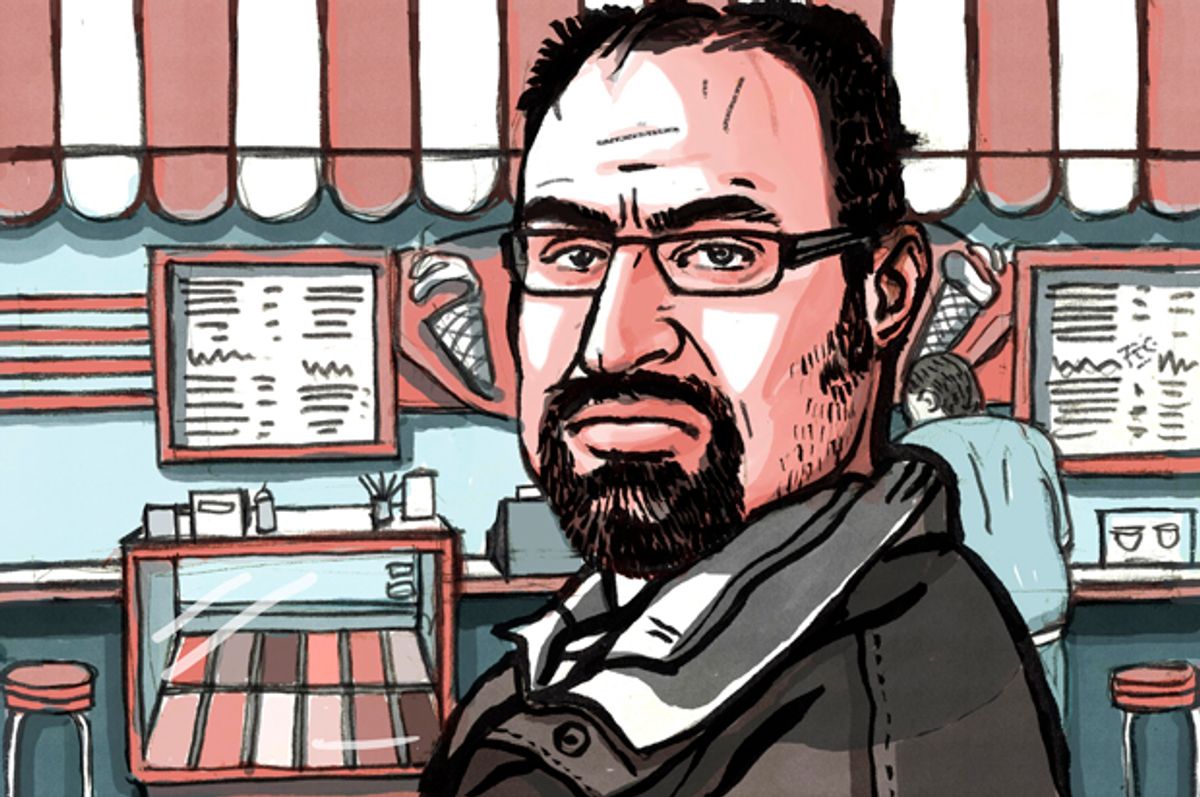 At least this was the principle on which I acted when, as my girlfriend and I visited an ice-cream parlor last week, we suddenly found ourselves in the middle of an incredibly awkward social situation.

We had been standing in line for several minutes, as had the Little League baseball team waiting patiently behind us. Shortly after my girlfriend made her order, however, a young couple (most likely undergraduates from a nearby college) barged to the front of the line and began ordering.

"Excuse me, but we were here first," I interjected, prompting snickers from the young woman and her beau. With a gaggle of little kids behind me, I dared not push the matter further, so they proceeded to finish getting their ice cream, leaving me with nothing but the satisfaction of saying in a loud voice "Those people were line cutters!" right as they left.

While no one judged me too harshly for my actions, I couldn't shake the sense throughout this incident that the resulting awkwardness was as much a result of my actions as of theirs. After all, if I had just ignored their obvious rudeness, they probably would have gotten their ice cream quickly and been out of everyone's hair within a matter of moments. While they had initiated the rudeness, my loud calling out of their actions only made things more uncomfortable for everyone else there.

In short, I was rude too... and I regret nothing.

This all calls to mind an obscure 1961 essay by the conservative columnist William F. Buckley Jr. After describing a series of incidents in which the rudeness or incompetence of the people around him caused major inconveniences — a sweltering hot train ride, an out-of-focus movie screening — Buckley observed that "we are all increasingly anxious in America to be unobtrusive, we are reluctant to make our voices heard, hesitant about claiming our right; we are afraid that our cause is unjust, or that if it is not unjust, that it is ambiguous; or if not even that, that it is too trivial to justify the horrors of a confrontation with Authority."

The internet has somewhat altered this tendency, but not as much as you might think. Sure, anyone can now go online and post negative feedback on a message board or, through Twitter, even directly to their intended target.

Yet more often than not, these interactions are effectively meaningless or close to it, serving more as catharsis for the complainer than as a realistic way of achieving concrete results.

Quite often, the best and only time to really achieve a result in a situation involving rudeness is to speak out right then and there. Complaining online frequently occurs only after the problem has already occurred, its deeds come and done.

So why do we remain silent when the circumstances call for it most? Part of the reason is that the internet has taught us that virtually any complaint can wait, and that a safer forum (some might argue a cowardly one, given its penchant for encouraging anonymity) exists in cyberspace.

Buckley touched upon a surprisingly similar observation in his 1961 editorial: "I think the observable reluctance of the majority of Americans to assert themselves in minor matters is related to our increased sense of helplessness in an age of technology and centralized political and economic power," Buckley wrote. "For generations, Americans who were too hot, or too cold, got up and did something about it. Now we call the plumber, or the electrician, or the furnace man. The habit of looking after our own needs obviously had something to do with the assertiveness that characterized the American family familiar to readers of American literature."

He added, "With the technification of life goes our direct responsibility for our material environment, and we are conditioned to adopt a position of helplessness not only as regards the broken air conditioner, but as regards the over-heated train. It takes an expert to fix the former, but not the latter; yet these distinctions, as we withdraw into helplessness, tend to fade away."

Today, that tendency has increased threefold. We live in an era in which any act that deviates from the norm can be misconstrued and used to destroy people. It is far easier to embarrass someone than ever before — we don't just have the internet to shame you, but scores of people who will call the police or threaten a lawsuit at the drop of a hat — and as a result, the potential risk of speaking out against a legitimate inconvenience seems to overshadow the reward of seeing right done.

As a result, the desire to avoid being perceived as "rude" often winds up trumping all other considerations, including whether the "rudeness" in question may actually be appropriate in order to stop some greater wrong.

This is why, even though people were happy to protest both in the 1960s and our own era, they seem inclined to avoid choosing battlefronts that ultimately appear trivial. Few would disagree that a government policy on health care or war is worthy of getting one's dander up. But a pair of line cutters at an ice-cream parlor? Maybe not. So they set a bad example in front of a group of children and forced everyone to be delayed by an extra few minutes. Is it really worth speaking up against?
Again Buckley says: "When our voices are finally mute, when we have finally suppressed the natural instinct to complain, whether the vexation is trivial or grave, we shall have become automatons, incapable of feeling."
This sentence should be emblazoned in granite on public buildings, right next to quotes from the Declaration of Independence or Gettysburg Address.
It may be gauche to speak out against trivial inconveniences, but that doesn't mean the action isn't worth taking. Even if they don't yield results, they still demonstrate that principles matter, that they aren't the kind of thing that can be flicked away by those with the brazenness to disregard them.
Being rude may be unappealing, but acquiescing to the wrongs inflicted by others — both small and large — is an even worse fate.