Want to run for president in 2020? Here's your summer reading list!

Donald Trump may not have thumbed through them yet, but for the sake of all of us, perhaps he should 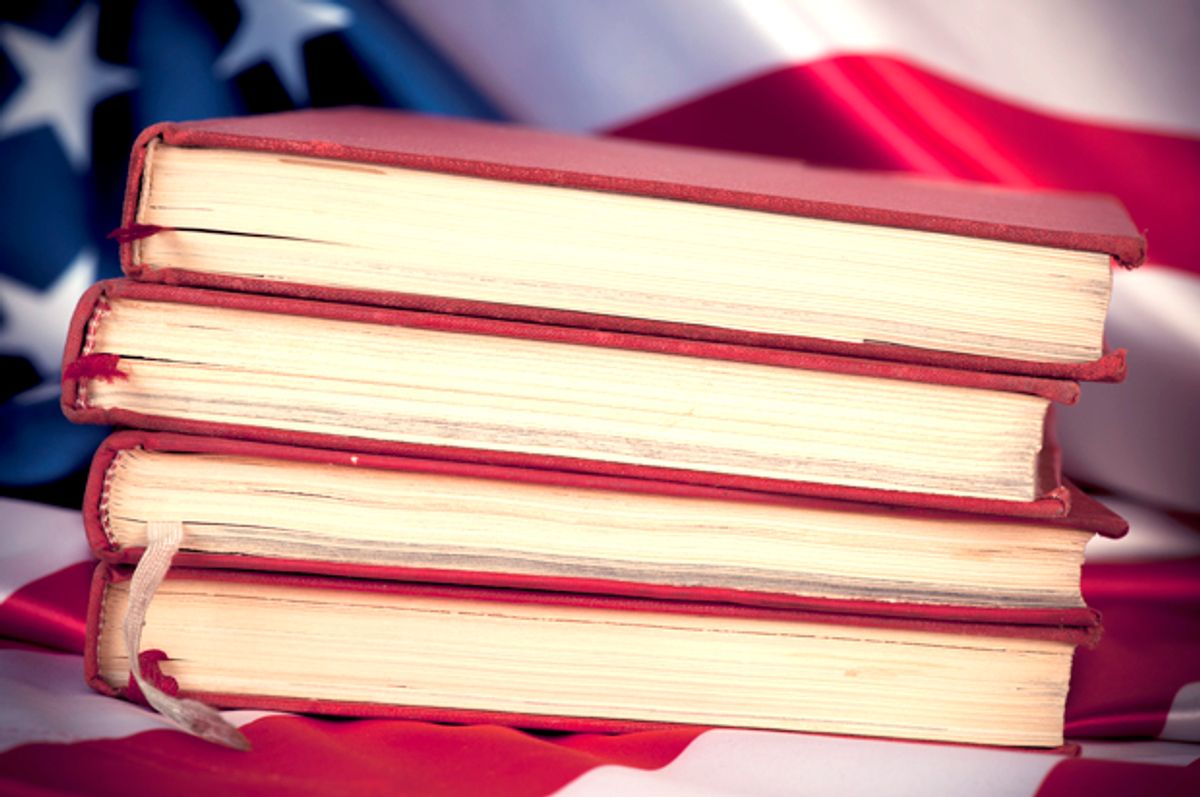 This is not a recommendation made with snark or condescension, but done with absolute sincerity. No matter how much you disagree with him, you'd still be better off  with a successful conservative president than a failed one, and Sununu's "The Quiet Man" offers a thoughtful look at a recent Republican president who achieved great successes in both domestic and foreign policy. The country would benefit by Trump drawing inspiration from it. (Trust me, I'm certainly not recommending "The Quiet Man" out of any affection for Sununu — the two of us got into a tense debate last month.)

But beyond that, what reading would other scholars recommend not just for Trump, but for Vice President Mike Pence, former Democratic presidential candidate Hillary Clinton and the one Democrat they believe is most likely to be the nominee in 2020?

Lehigh University's Kim Carrell-Smith, a public historian, says "I have chosen not to go the traditional historical/political route, but to address the weaknesses in each person’s background/performance with some books mostly focused on social issues." She adds, "I must acknowledge the help of my two daughters, Louisa and Anna Smith, ages 25 and 28, who helped me narrow down the list and argued about the merits of various ones with me! Thank goodness for well-informed, scholarly activist youth!"

For Trump, she chose "Evicted: Poverty and Profit in the American City" by Matthew Desmond.

"Desmond employs deep, well-supported research about the nature of poverty in America to build this ethnographic study," Carrell-Smith writes. "He doesn't just talk about 'poor people' and their lives, but rather addresses the mutual dependence, and struggles between, the rich and the poor. He immerses himself in the real world of poverty and eviction in Milwaukee, and teaches the reader about multiple factors at play in our society when it comes to poverty."

When it comes to Pence, Carrell-Smith recommended "Janet Mock’s 'Redefining Realness,'" which she hopes "would teach him about so many intersectional issues, not the least of which is the focus on her struggle as a multi-racial, economically disadvantaged trans person in America." She also suggested Audre Lord’s "Sister Outsider," which discusses "homophobia, racism, class struggle, and more intersectionalities."

For Clinton, Carrell-Smith suggested that the erstwhile candidate "reexamine issues of intersectionality, something that truly hurt her in the last campaign," by reading "On Intersectionality: The Essential Reader" and "Critical Race Theory: The Key Writings that Formed the Movement" by Kimberly Crenshaw, as well as "The New Jim Crow" by Michelle Alexander. Finally, Carrell-Smith recommended that Senator Cory Booker of New Jersey check out "The Prize: Who Is Charge of America's Schools?" by Dale Russakoff, and "Reign of Error" by Diane Ravitch.

The next scholar up to bat is Gautham Rao, who teaches history at American University. For his recommendation to Trump, Rao included "Not That Kind of Girl" by Lena Dunham, arguing that "there's nothing particularly clever here. I would just want to see the steam leaving his ears and the subsequent diarrheaesque tweetstorm."

For Mike Pence, Rao recommended a book so perfect for the vice president: "Twilight of the Idols and the Anti-Christ" by Friedrich Nietzsche. "I'm not sure Pence knows that anything has been written since the New Testament," Rao writes. "This would be a start."

For Clinton, Rao had a compassionate recommendation, "Find Momo: My Dog is Hiding in this Book. Can You Find Him?" by Andrew Knapp. "I mean, she's been through a lot and could use a break," Rao wrote. Finally, he recommended that Sen. Kamala Harris of California check out "States of Dependency: Welfare, Rights and American Governance, 1935-1972," arguing that "she seems to be ready to fight against conservative antistatism and this book will provide historical evidence of possibilities."

Last there is Daniel Rodgers, a professor of history at Princeton, whose book "Atlantic Crossings: Social Politics in a Progressive Age" is a must-read for anyone interested in American intellectual history. His response deserves to be quoted in full:

"For Hilary Clinton and any of her successors on the Democratic side, Arlie Hochschild’s hauntingly powerful 'Strangers in Their Own Land: Anger and Mourning on the American Right' should be required reading. Mike Pence should read 'E. J. Dionne, Jr.’s 'Souled Out: Reclaiming Faith and Politics after the Religious Right,'" Rodgers added, "But Donald Trump, since he’s apparently no reader, needs a comic book, or a graphic novel, or a Dr. Seuss story. Best if it were one in which the loneliness of the self-absorbed, power-loving but powerless king were its major figure."

For what it's worth, I would recommend that Clinton check out Alexander Flick's classic biography, "Samuel Jones Tilden: A Study in Political Sagacity," which details another Democratic presidential candidate who decisively won the popular vote while losing in the electoral college. For Mark Zuckerberg, I urge him to check out Robert Caro's multi-volume biography of Lyndon Johnson. Zuck, your support for a universal basic income is admirable and foresighted, but if you want to actually pass a universal basic income, learn from the modern president who was most effective at navigating progressive legislation through Congress.

Oh, and once again, Mr. President, I hope you will read "The Quiet Man." That's coming from one American to another.